When you started training in 2016 you were Britain’s youngest trainer at 24. Before you set up in Newmarket you had learnt your trade in some of the best establishments in the world. Give us a brief resume of your varied life as a racing student…

I was brought up around racehorses as a child on my dad’s stud, Wychnor Park in Staffordshire. I started riding out in my spare time at John Mackie’s or Eddie McMahon’s stables, then from 15 onwards I branched out and ventured to Nicky Henderson’s, where I spent all my weekends and school holidays.

Then I went to Hartpury College, where I studied Equine Science and continued to ride out for Henderson whenever I could.

After my time at Hartpury, Tom Dascombe gave me a big opportunity to be a barn leader and pupil assistant at his Cheshire yard. I’ll be eternally grateful to Tom for giving me such a big opportunity at such a young age.

It was a great grounding and taught me an awful lot in the three years I was there. I then wanted to spread my wings, go abroad and see how things were done differently, and I went to Gai Waterhouse in Sydney.

Coming towards the end of my time in Australia I applied for a job, sending my CV to 40 trainers. I heard back from seven. I got a call from Mr Cumani and before I knew it I’d accepted a job in England with nowhere to live, no flights booked, and I was meant to be starting in two weeks.

I went to see Gai the next morning terribly worried about what she was going to say because I knew she had various plans for me.

As I approached her I was shocked to hear her say, ‘I know’. She told me Mr Cumani had been on the phone to her and said I must get on the next plane home because opportunities like that don’t come around very often.

You must have learnt a lot in such elite surroundings. How did the experiences shape your outlook and ambitions?

I’d like to think I’ve taken the best from each of Tom, Gai and Luca because different parts of my daily routine arethe result of my time spent with all three. I have taken a lot from the spelling of horses in Australia, where they give horses regular intervals in their training – I copy that even if it’s just a week in a paddock post-race. I like my horses to be fresh.

Tom taught me a great deal about getting two-year-olds ready to win first time out, whereas Luca instilled in me patience in everything to do with horses. All three are very, very good at what they do.

The one message that runs through the Dascombe, Waterhouse and Cumani operations is: run a horse only when it’s 100%.

Gai Waterhouse has a reputation for telling it to your face. How did you get on during your six months with her in Sydney?

I was lucky to travel some top horses to the Australian carnivals, including the Magic Millions, in the six months I was there. Gai’s an amazing woman and, in the best way, gives you a bollocking when you have done something wrong. There were occasions when I certainly knew about it.

She’s very good at correcting people who are not pulling their weight; very much an appearance person and if you’re not looking smart and tidy she’ll let you know. She is in the Sir Mark Prescott mould as far as working discipline is concerned and you’re always expected to do a good job.

You learn a lot about training on the clock, studying times and sectional times because they work on the track in Australia.

Is there anything Britain can learn from racing in Australia?

Owners’ syndicates are huge in Australia. The greater prize-money means that someone with a relatively small share in a horse has a good chance of paying their way – the same as in France.

Syndicates are more accessible and affordable and that’s something I’ve brought back to the UK. A lot of my horses are owned by syndicates I have put together; I am trying to make racehorse ownership more affordable.

Communication techniques is something else I learned in Australia; they are very good at keeping in touch with owners, managers, studs or whatever.

In the last five years syndicates have really started to take off here and are a big benefit to the sport. I have owners who started with a small part of a horse that now have full horses.

Your father Paul owned the successful Wychnor Park Stud in Staffordshire before moving to Newmarket. How much has dad’s support and encouragement driven you?

Hugely. Without him it would have been very hard to get up and running. I have been extremely fortunate to have him to help me to start with some nice horses which got me going. The likes of Kalane and Mercian Prince in our first season when I trained eight horses – seven owned by dad and one by me.

Dad used to drive the horsebox to pony club and then drove me to ride out before I got my licence. The whole family have been a fantastic support as I followed my equestrian dream.

I am trying to make racehorse ownership more affordable

Now dad, who was a successful businessman in the healthcare business, does the water buckets – he’s the watering man in the yard! He put in a full shift over Christmas and the new year!

Seriously though, he bred the Festival winner Burntoakboy and his wonderful mare Carole’s Crusader produced numerous winners for him, including Carole’s Legacy and Mad Max. His breeding operation is now based at Ballincurrig House Stud with Michael Moore in County Cork. All his mares and young stock are there.

Dad has been a wonderful inspiration to me. And, of course, he owns Kalashnikov, who gave us our biggest moment in the Betfair Hurdle. 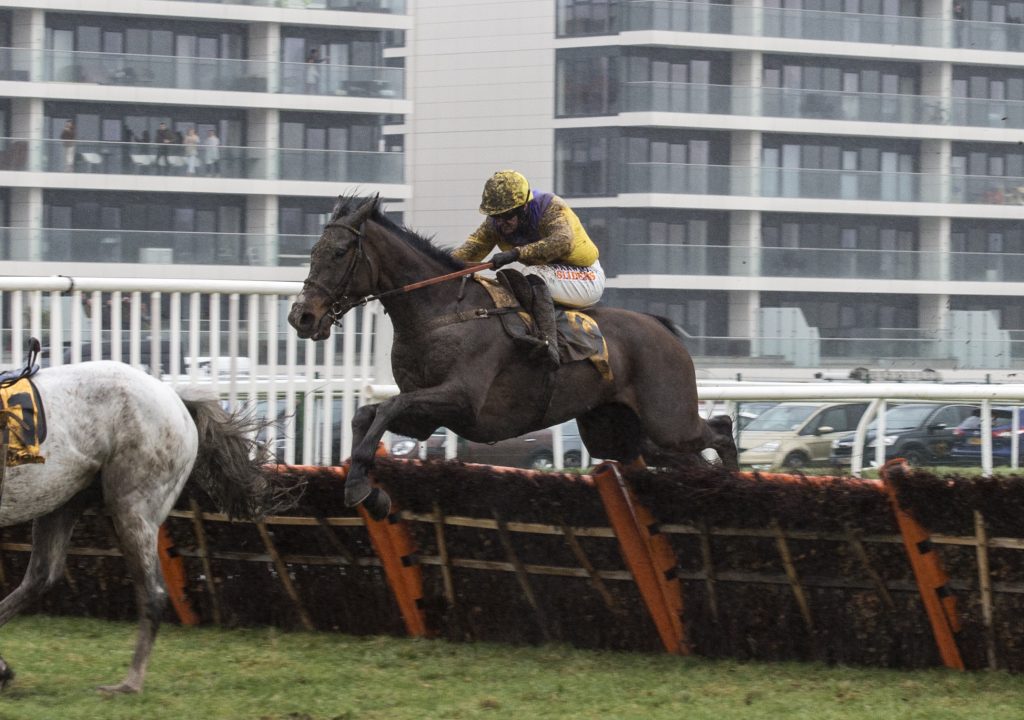 You ride Kalashnikov, your exciting novice chaser and recent ROA Award winner, most mornings. What are his characteristics and what sets him apart?

I ride him every morning and he always tries to bonk me off. He’s quite a character, a lovely horse but who can be quite fresh and exuberant. He lets me know when he’s feeling well, that’s for sure, and can be quite a handful, but there’s no malice in him whatsoever. He possesses a lot of raw talent and finds things easy when other horses struggle a bit.

He’s very tough with a great constitution and would run through a brick wall for you. All being well he’ll go for the Kingmaker Chase at Warwick in February and then the Arkle.

What is the most demanding aspect for someone of your age, 26, running a 50-horse yard in Newmarket?

Obviously a job like this is 24/7. Very often there’s stuff that needs doing at 10.30 at night. But I wouldn’t change it for the world. I ride out three lots every morning and try to be in the office by about 11am.

Of course, we’re always busy but I enjoy every minute and want to repay all those people who have supported me.

As a dual-purpose trainer, do you have plans to expand or increase one side of your operation?

We have 15 jumpers and the rest are Flat horses. I would like to expand both sides of the business. People have got the wrong impression thinking we have more jumpers; maybe that’s because of Kalashnikov and what he’s done over hurdles and fences.

At heart I am more of a jumping person having been brought up in that world, but the Flat is much more commercial.

There is a lot of talk about the lack of stable staff in the UK. Is finding the necessary staff a big issue and how can the industry address this problem?

There are probably more horses in training than ever before and so we need more people to look after them. We have to consider different options, like more time off, modernise and look at different ways to attract young people into racing.

When people can work a five-day week in a normal job, why would they come and work a 13- day fortnight in racing? We don’t have as many foreign staff as we used to.

My fiancée, Lemos de Souza, is Brazilian and he could bring 30 Brazilians over tomorrow to work in racing but it’s not possible any more because they can’t get visas.

I also fear for the free movement of horses between England, Ireland and France after Brexit.

You train Mercian King for The Thoroughbred Club. Why is TTC so important and what else can the sport do to attract a younger audience?

We need to be attracting young people into our industry and through TTC there is a good chance of encouraging them into the many different careers that racing offers – employment in studs, racing itself, racecourses or governance.

I have just created my own Racing App which covers our declarations, news and what’s going on in the yard. We must use new technology to make racing interesting and easy to follow.

What is your ultimate ambition and where do you see yourself in five years’ time?

To be a successful dual-purpose trainer, produce Group 1 winners and compete at the very top. In five years’ I’d like a string of horses that can compete on Saturdays and take me to the big festivals.

I know I won’t achieve any of this without the team at home. All right, I am the driver, but those working behind the scenes are second to none. 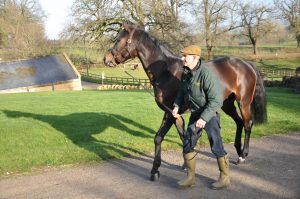 Up Next
Family matters