Adelaide, who supplemented his Irish Group 3 victory with success at the highest level in America and Australia last year, has been retired to Coolmore and will commence his stud duties in the operation’s base in the Hunter Valley, New South Wales.

The first foal of Queen Mary Stakes winner Elletelle, Adelaide began his racing career under the guidance of Aidan O’Brien for the trio of Sue Magnier, Derrick Smith and Michael Tabor.

During a busy 2014 campaign, his win in the Group 3 Gallinule Stakes at the Curragh in May was followed by trips to Belmont, Arlington, Longchamp and Melbourne, during which he won the Grade 1 Secretariat Stakes, was runner-up in the Belmont Derby and took third in the Prix Niel. Following a switch to the stable of Australian-based New Zealander Chris Waller, Adelaide added the prestigious Cox Plate to his CV in what would transpire to be his final victory.

Returning to action in the Group 1 Queen Elizabeth Stakes at Randwick earlier this month, the son of Galileo was unsuited by the soft ground that day following torrential rain in Sydney and was reported by his trainer as “not being 100% since then”.

Adelaide, whose three-year-old full-brother Puissant is in training in Newmarket with Marco Botti, will stand at Coolmore Australia for an initial fee of $22,000 (approximately £11,500).

It was also announced on Thursday that Qatar Bloodstock’s treble Group 1 winner Charm Spirit will shuttle from Tweenhills in Gloucestershire, where he is currently standing his first season, to Windsor Park Stud in New Zealand.

Rodney Schick, joint-owner of the stud, said of the young son of Invincible Spirit: “Charm Spirit is a cracking stallion prospect and we’re very proud to join with Sheikh Fahad and the Royal Family of Qatar to make him available on our stallion roster at Windsor Park.

“We have been looking for a stallion with the right race record, pedigree and physicality. In Charm Spirit I believe we’ve found that horse, one which will particularly suit the Australasian conditions and marketplace where his sireline is performing so well.” 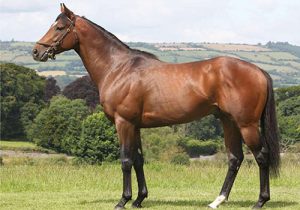