Magical and Santiago rule at the Curragh
Stories

Such is the relentless nature of the bloodstock year that for many studs the month of June marks a shift in attention towards the sales cycle. In many cases, yearling inspections have taken place and plans confirmed, thereby paving the way for those youngsters slated for the earlier auctions to ease into sales prep.

As with everything else, however, the 2020 yearling sales cycle is not going to emerge unscathed from the ravages of the Covid-19 pandemic. For starters, yearling inspections in Britain, Ireland and France have been delayed, in some instances by several weeks until mid- May. There is also the uncertainty of the sales calendar to consider; Goffs UK have already pushed back its Premier Yearling Sale to September 1 – 2 and there remains a possibility that other sales will have to follow suit.

While it remains too early to confirm what the exact calendar will look like come August, potential alterations are already on the minds of consignors. Sales prep, in other words the art of coaxing a yearling to peak at a given time, can be a delicate process, and in a year where sale dates, the ability to travel easily and the use of sales staff also threaten to become complex issues, there is suddenly the potential for any other difficulties to be magnified.

“Normally by mid-May I would have had a large percentage of yearlings looked at but I have not been able to see any yet, ” says Bill Dwan, a director of The Castlebridge Consignment, a perennial leading vendor which sold almost 200 yearlings in Britain and Ireland last year.

“And then generally we start the Doncaster yearling prep in mid-June. Castlebridge will adjust if needed. All we can do is hope the situation improves and travel restrictions are not an issue come the yearling sales.”

Castlebridge aims to begin sales prep ten weeks ahead of a sale. “This gives us an opportunity to start the prep slowly and increase the workload of horse walker, lungeing and hand walking week by week,” says Dwan.

Similarly, fellow consignor Ted Voute aims for an eight to ten week programme that for some of the earlier sales would kick off around the time of Royal Ascot.

“We spread the yearlings over both farms in Warwickshire and Northamptonshire,” he says.

“Normally we would start preparation just before Royal Ascot with the Arqana horses and the Premier Sale just after Royal Ascot. The rest come in during the first week in August. The only difference this year is that we are keen followers of the Tattersalls Ascot Yearling Sale, which looks unlikely to keep its original date [due to be held on September 8, having been switched to Newmarket]. We have three earmarked for that sale.”

One encouraging aspect is the fact that delayed inspections don’t seem to have unduly affected many consignors. In the case of the Player family’s Whatton Manor Stud in Nottinghamshire, alterations in the inspection schedule have actually prompted sale companies to visit earlier than usual. 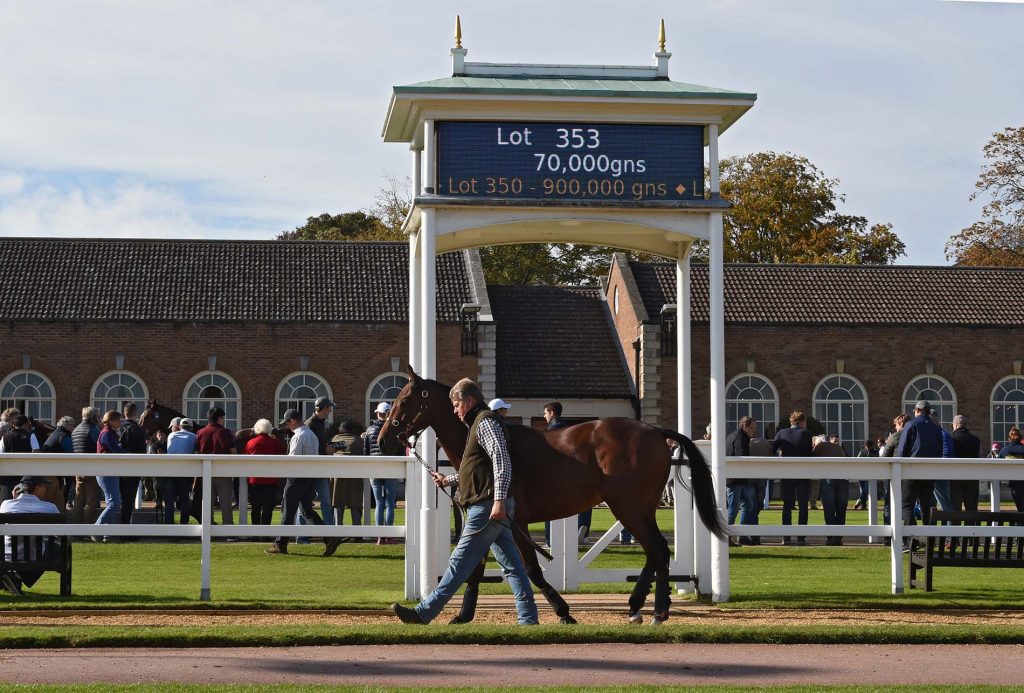 “Tattersalls are inspecting our stock a week earlier than would normally be the case,” says the stud’s Ed Player. “We have an idea when we buy our pinhooks of which sale they may go to and all being well, they’ll go to that sale. And if we have one by a stallion with first runners, we will try to sell it later in the season – if you look at Night Of Thunder last year, he was popular at the Goffs UK Premier Sale but then it snowballed and by the time we got to Book 2, he was hugely popular.

“This year, it has been difficult to plan because everything is so uncertain. It’s likely that some of those early sales will be pushed back and it does change your thinking – historically, a forward type obviously does well at those sales but if they are delayed and you have more time to play with, then other horses are going to come into the equation.”

The Castlebridge Consignment is in the enviable position of having farms and offices in both County Meath in Ireland and Newmarket, allowing it to maintain ‘a great team of sales staff in both countries’. If the worst came to the worst, such separation could end up as a key element to fulfilling its usual weighty presence at both the Goffs Orby and Tattersalls October Sales.

Voute, meanwhile, has already decided to direct all his stock to Newmarket.

“I decided to send everything to Tattersalls this year mostly because we are based in Britain and a lot of our staff are based here also,” he says. “We are also close enough to Newmarket that we could commute daily if we couldn’t stay during the sales.”

What won’t change, however, is the essence of preparing a yearling for sale.

While practices vary mildly from stud to stud, it is widely considered that a combination of hand walking, use of a horsewalker and lungeing is the most effective exercise programme. Good feed and rugging is also essential.

“We prep around 50 yearlings each year at Whatton Manor, the majority of which would be sold at Tattersalls although we also try to have a good draft at the Goffs UK Premier Sale,” says Player.

“Prep for the Premier starts in July and a lot of work for that sale is done out of the field. They’re still very young at that stage so we try to keep it as natural as possible. But then obviously as the season goes on, it becomes harder to do that – prep is very different horse to horse and sale to sale.”

From a consignor’s perspective, the more pressing issues are the effect any date changes could have on an already congested calendar and the impact that any regulations could have on staff, particularly those who work from sale to sale. 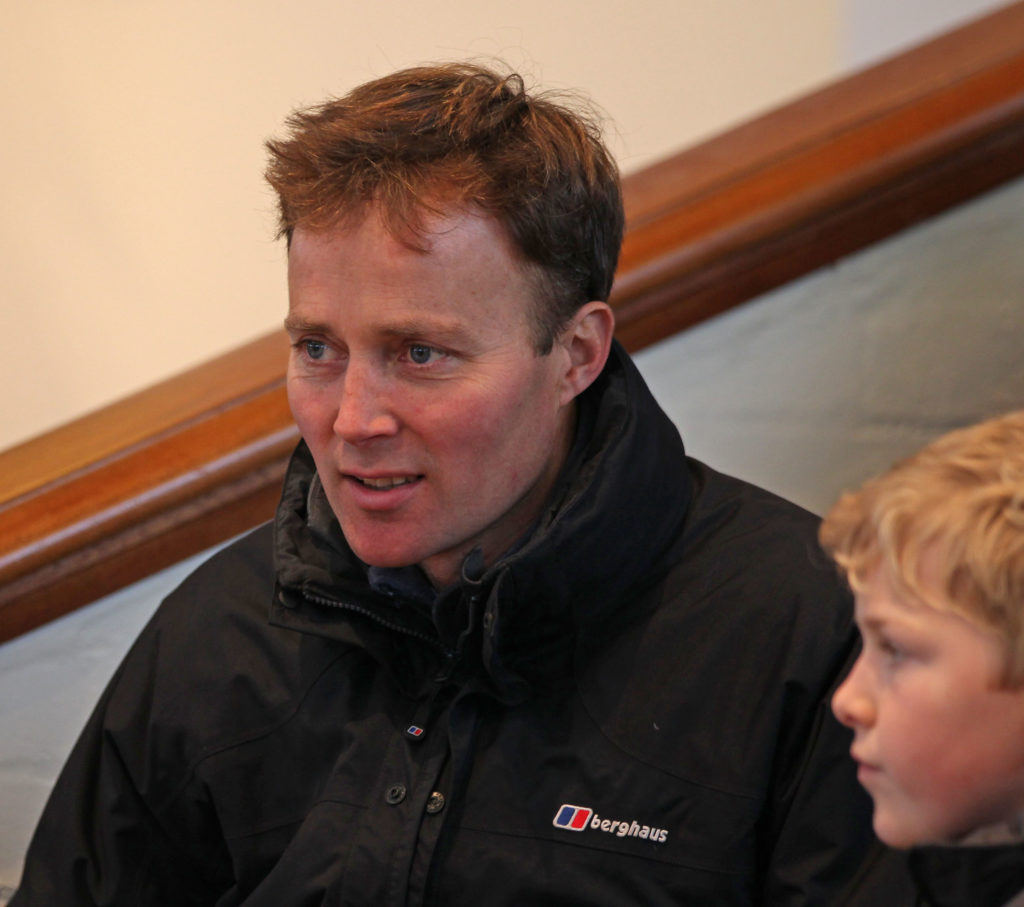 “The issue is finding a free week for a rescheduled sale that does not clash with an existing sale in Europe or the USA,” says Dwan. “Thankfully the sale companies seem to be working together so if yearling sales need to be rescheduled, I’m sure they will find a solution to accommodate everyone as best they can.”

Voute also identified a potential issue when it comes to evaluating a yearling’s pedigree.

“So many different facets influence the sales,” he says. “A lack of racing, particularly two-year-old racing, will impact updates in pedigrees and could provide a distorted first season sire list. Also the possibility of more breeze-up horses being still in the hands of pinhookers won’t make the journey very predictable going forward.”

If there is any certainty in all this, then it is the fact that it has firmly placed the focus on a potential shift to a greater level of virtual trading. The Inglis Easter Yearling Sale in Australia, at which approximately Aus$72 million was traded on 235 lots, proved that a major yearling auction could be conducted online, although it must be remembered that it is common practice in Australia for buyers to visit farms to view stock ahead of the sales.

Nevertheless, it has prompted much of the wider sales community to accelerate development of their online sale platforms. As for the consignors, Dwan, Voute and Player were unanimous in their intentions to adopt an open door policy to any prospective buyers ahead of the sales.

“All anybody can hope is that sales will happen, that we have a shop front and horses can be sold,” says Player. “If it came to it, virtual sales are achievable but more so if agents can get around the farms and see the horses beforehand. Our plan this summer is that we’ll have an open door policy for anyone to come and see the stock ahead of the sales in a safe environment.”

Voute is in agreement. “I think we are going to need to offer as much access as we can to the agents, trainers and even owners who wish to travel to the farm to see the yearlings prior to the sale,” he says.

“And for the sales themselves, we are pushing around the idea that instead of a hospitality box, we will create an IT office that is set up for video on demand. We have also bought a DJI gimbal to help with more professional photos and videos, and the heights and weights of horses will also be available for Book 1.

“Sanitiser stations both on the farm and at the sales will also replace the coffee machine and the cheese toasties!”

Hurdles will continue to present themselves across the spectrum as the year goes on, and for vendors there will be challenges, whether in adapting their usual prep programme or bracing themselves for the prospect of a downturn in the market.

However, as Dwan is keen to highlight, those problems also have to be put into perspective.

“Many lives have been lost due to this dreadful virus so if we have reschedule sales by a few weeks or months, I’m sure we’ll manage,” he says.

“The bloodstock world and the people involved are a resilient bunch and hopefully we will come through this dreadful time unscathed. But it’s important that we keep an eye out for each other and we come out the other side safe and well.” 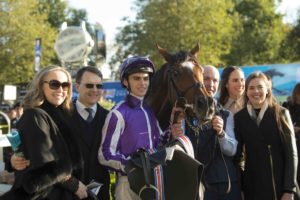 Up Next
Magical and Santiago rule at the Curragh