A thrill to compete

At most big horse shows, the atmosphere among competitors can be quite fraught. The very few that win are elated, naturally, but those that don’t are often disappointed and frustrated – with themselves and with their horses.

At Retraining of Racehorses (RoR)’s national championships at Aintree, sponsored by Goffs UK, the feeling is completely different.

Every single rider is beaming from ear to ear, and every single horse is patted to within an inch of its life after its performance, good, bad or indifferent.

The competitors are delighted to be here – many take selfies of themselves and their horses next to Aintree’s winning post – and are proud of their mounts.

“My aim is to ride a happy horse,” says Julie Frizzell, who has been competing Namibian – winner of the Queen’s Vase at Royal Ascot and the Gordon Stakes at Glorious Goodwood in 2011 – in the elementary-level dressage classes at the show.

“Would it bother me if I never competed again? No. What matters is that ‘Barney’ is happy in his work.”

In fact, Barney scores 75% to win the elementary dressage to music championship, and Julie bursts into tears.

“That’s a lifetime personal best for me on any horse – I’m 48, and I’ve ridden since I was seven,” says the retired RAF wing commander.

What makes her story truly remarkable is that Julie is a para rider – she has no ulna in her right hand, so her wrist is permanently dislocated.

What matters is that ‘Barney’ is happy in his work

“I have to do a lot of stuff one-handed, and Barney’s attitude is outstanding; he’s like a pet Labrador on the ground,” she says.

“He can be cheeky when ridden, but he always tries, and is very affectionate.”

Namibian is one of a dozen or so very familiar names here at Aintree – Don Cossack, Franchoek, Carlito Brigante, Always Waining and Time For Rupert among them.

But the majority of the 316 horses competing in showing, dressage and jumping at this six-day spectacular did not have distinguished racing careers.

They were ordinary horses running in ordinary races – or not even getting that far.

Master Wickham ran eight times for Paul Webber without drawing attention to himself, and Mansfield vet Claire Lewis got him a month after his last run, in February 2015. They are competing at dressage today, but their real love is eventing.

“He’s a bit of a cool cucumber who loves his jumping,” says Claire with a smile. “He was useless when he was racing – he liked looking pretty out the back – but we qualified for the Mitsubishi Motors Cup at Badminton [a prestigious grassroots eventing competition that runs alongside the famous horse trials] this year and were one of only seven clears across country inside the time.”

They won the RoR three-phase challenge at Floors Castle horse trials this year – and won their British Eventing section at the event the following day.

Master Wickham bled when he was racing, and also broke a splint bone. Claire’s veterinary skills mean that she is ideally equipped to manage the physical issues that the demands of racing often leave on horses. 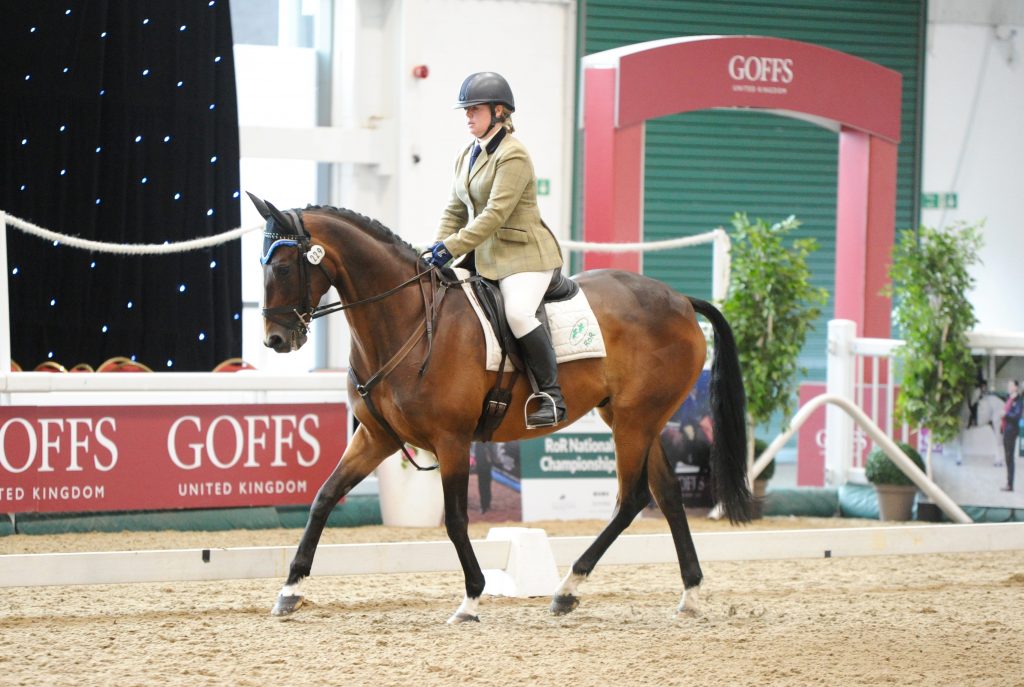 Claire Lewis with Master Wickham – known as Kevin -who is excelling in his new career – Photo: Majestic Photography

“You need to be aware that their bodies have done a lot,” she says. “He requires a lot of warming-up and cooling down before and after work, and he gets fed a lot of fibre and no high-energy foods.”

This attention to detail and acceptance of the foibles of their horses is common among RoR riders and is a pleasure to see.

“I look at these horses and think, ‘Wow, they are so lucky,” says RoR Chief Executive Di Arbuthnot. “We are building up a community for former racehorses, whether they were good or bad [at racing].”

In the past few years, RoR has “mushroomed”, according to National Coordinator Anne Walker.

“Ex-racehorses are so versatile; they can do everything,” she says, “and we are working hard to break down the disconnection between racing and other horse sports.”

This is evident in the huge number of competition opportunities available for them in all the equestrian disciplines – and the generous prize-money on offer.

The supreme champions at Aintree, Hannah Horton and 15-year-old former hunter chaser What Of It, won £2,500 – nowhere in unaffiliated, grassroots horse sport would that be equalled.

We are building up a community for former racehorses, whether they were good or bad

This versatility and the thoroughbred’s natural bravery makes them probably more suitable horses for the average rider – albeit an educated, sympathetic and practical one – than the highly-bred, big-moving modern warmblood, whose natural habitat is an indoor school rather than the great outdoors.

Natalie Warren, who assists Donna Bamonte in co-ordinating the South West RoR region, is competing at Aintree on Tatawor, who ran nine times on the Flat.

They have been to the British Showjumping Championships, the Riding Club dressage championships and have hunted with the Heythrop and the Warwickshire.

“I can take him anywhere,” she says. “He’s become our village pet, and we’ve even taken part in two parades in London on New Year’s Day – he just plods along!”

You’d be hard-pushed to find a dressage-bred horse that would take all that in their stride.

RoR is ceaselessly working to raise awareness of the opportunities it is providing former racehorses and their riders, and of the importance of giving horses which almost inevitably retire from their first career at a relatively young age a positive, useful future.

Margaret O’Sullivan, RoR’s Operations Manager, says: “We have put on 14 parades at racecourses – nine of them at ARC courses – this year, which are supported by The Sir Peter O’Sullevan Charitable Trust, and have also paraded at events such as the Game Fair, Belton Horse Trials and Blenheim Palace Horse Trials.

“We try hard to inform the racing industry that there is an avenue for former racehorses – if they are suitable, and owners come up to us all the time and want to learn about us and what we do.

“The vast majority of trainers won’t put unsuitable horses in to the [retraining] system, and want to place their horses in good homes.

“While numbers of abandoned horses are going through the roof, racehorses are not part of that. If they are, they are at least four steps [in change of ownership/care] from the trainer.”

Trainers often keep in contact with the new riders of their former charges, taking pride in their new careers.

Charlotte Bowery, emboldened by her success and partnership with Right You Are, added Orrisan Jim to her “string” last year.

“His trainer, Alison Christmas, knew he was sensitive so she gifted him directly to the TRC, and she actually came to watch him here at Aintree yesterday – she was made up to see how good he looks and how happy he is!” says Charlotte.

“She’s passionate about their youngsters having a grounding in flatwork, and I have definitely benefited from that.”

Every RoR rider interviewed at Aintree mentioned the support that the organisation offers, and the sense of community it engenders.

There is a great deal of training offered to riders of ex-racehorses, including residential camps – a bit like Pony Club camp for grown-ups on thoroughbreds – and this is appreciated.

Anne Walker says: “The regional network acts a bit like a family, and we encourage team participation so that we all share in the journey these horses and riders are making.

“And most of us who work in the organisation have backgrounds in racing – we love putting something back.”

The racing industry doesn’t always do the right thing by its participants, but in the case of RoR, it has something to be very proud of. 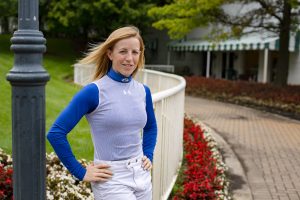 Up Next
Sophie's choice