Offerings from Godolphin and Shadwell dominated the day’s trade

Fillies and mares hailing from the powerful Godolphin and Shadwell Estates consignments dominated the third session of the Tattersalls December Mares Sale in Newmarket on Wednesday when accounting for each of the day’s top four lots.

On a day when trade stepped down a gear from the fireworks of the previous evening, it was the Dubawi filly Bespangled who led the way when selling for 330,000gns to Billy Jackson-Stops, bidding on behalf of the Hartlepool-based Elwick Stud.

The unraced three-year-old could be on the cusp of receiving a major update as a half-sister to promising two-year-old Symbol Of Light, now a two-time winner for Charlie Appleby. They are out of the Listed winner Pure Diamond, a Street Cry daughter of German champion two-year-old White Rose.

“The team at Elwick Stud were very keen on her,” said Jackson-Stops. “She was an obvious standout in this session.

“They have had a lot of good horses along the way and they are now revamping the stock.

“She is a very good individual by Dubawi and there are some nice horses coming along behind her.”

The 13-year-old mare was offered by Godolphin as barren to Farhh but against that, boasts collector’s item appeal as a Shamardal half-sister to the legendary Dubai Millennium from the outstanding Fall Aspen family. Also a talented performer herself for Godolphin who ran second in the 2010 Firth Of Clyde Stakes, Ragsah has gone on to do her bit for the family by producing two winners including the Grade 2-placed Richmond Avenue.

“She has been bought for an existing client, one of our greatest supporters,” said O’Brien. “We are delighted to get a mare with that profile.

“She has not got a blemish-free breeding record, but she is a sister to an iconic horse. It is brilliant, it bolsters the team at home fantastically well. We will take her home, regroup and make a plan.” 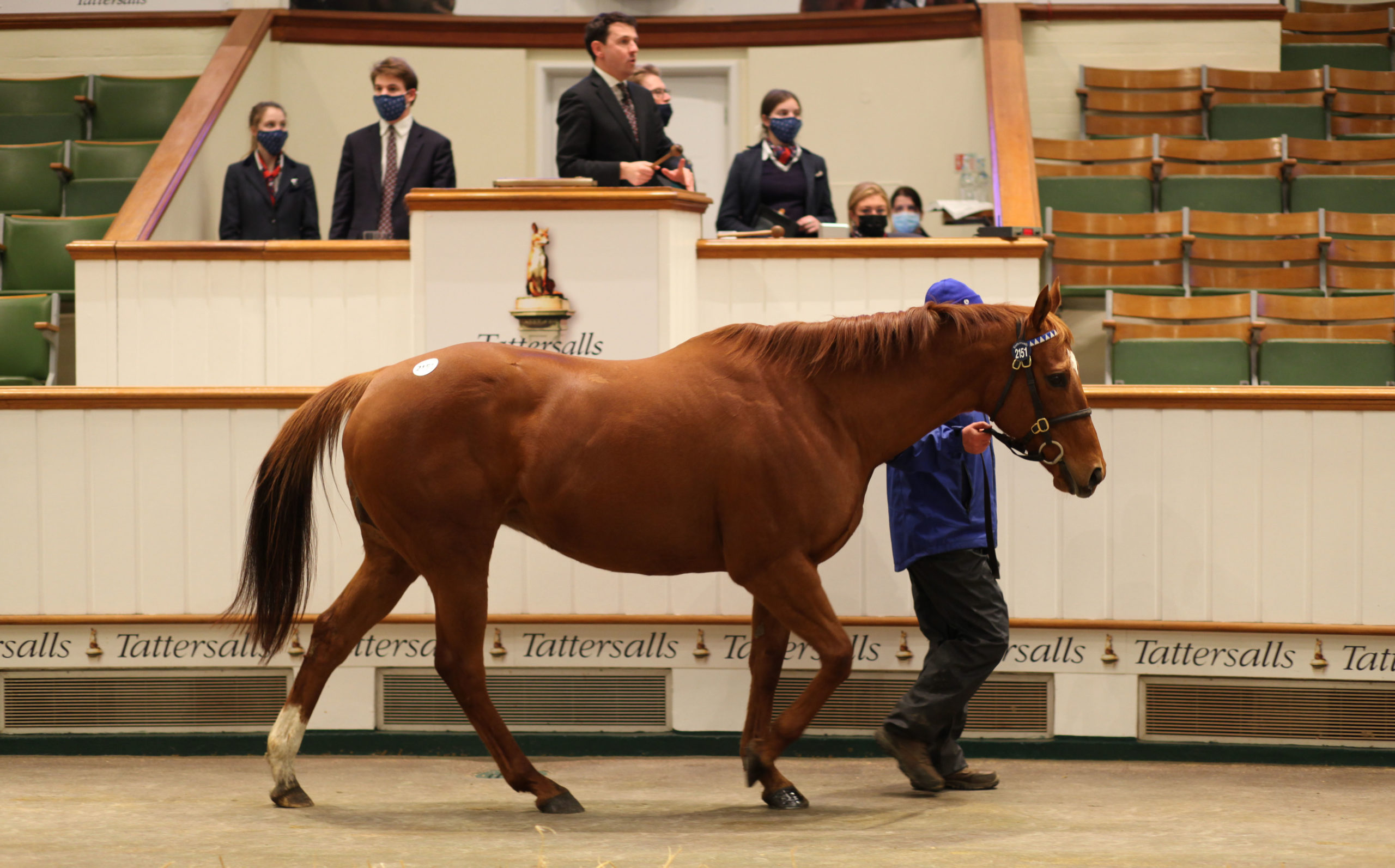 In a departure from tradition, the Wednesday evening session took place without its usual slot of Juddmonte fillies, which had instead been rerouted to Tuesday. As a result, the figures took a hit with 226 horses selling for a total of 4,373,000gns, down 21% from the corresponding day in 2020, and average of 19,350gns, down 27%. The median fell by 21% to 11,000gns.

As a point of interest, Juddmonte’s Tuesday set of fillies turned over 1,211,000gns.

Outside of Godolphin, the day belonged to Shadwell Estates, which was represented by nine lots that sold for 50,000gns or more. They were led by the winning Dubawi mare Nawassi, who is set to form part of the first book belonging to Yeomanstown Stud’s new stallion Supremacy next season after selling to the stud’s Robert O’Callaghan at 120,000gns.

The fact that the mare’s colt foal by Dark Angel sold for 100,000gns at last week’s Tattersalls December Foal Sale was key in Yeomanstown’s decision to target the mare, as O’Callaghan explained.

“Her Dark Angel was very good and going to Supremacy will be along the same lines,” he said. “We’re trying to buy some nice fast mares for Supremacy – we’ve bought seven now.”

Offered in foal to Eqtidaar, Nawassi represents the essence of Shadwell breeding as a descendant of Height Of Fashion via her daughter Sarayir, the dam of 1,000 Guineas heroine Ghanaati and Group 3 winner Mawatheeq, a former Nunnery Stud stallion. Overall, it is a family stacked full of black-type winners, among them Nawassi’s own dam Maqaasid, who was saddled by John Gosden to win the 2010 Queen Mary Stakes at Royal Ascot and run third in the 2011 1,000 Guineas.

“She’s a very good-looking Dubawi, from a very good family as a daughter of a Queen Mary winner – that was a big draw,” said O’Callaghan. “Her foal who sold here the other day was a beauty, Philip Stauffenberg bought him. It makes it a lot easier to buy these mares when you can see what they’re producing. She was the one today that we wanted to buy and we’re very glad to get her.”

He added: “We also bought Que Amoro last night [for 220,000gns] and she will go to Dark Angel. She was second to Battaash in the Nunthorpe so she is a very fast filly and we were keen to get her for Dark Angel.”

Supremacy retires to Yeomanstown Stud as the winner of three races including the Middle Park Stakes and Richmond Stakes. The son of Mehmas is due to stand for €12,500 and O’Callaghan reported that he has been well received.

“We’re very excited about Supremacy,” he said. “He’s gone down extremely well with breeders so it is a very exciting year ahead. It is our first Group 1 winner since Dark Angel to go to stud; if he can be half as good as Dark Angel we’ll be happy!

“We’ve had a lot of showings and bookings. Generally we’d have two or three shows a day through December and January and then we can kick on in February and start covering.” 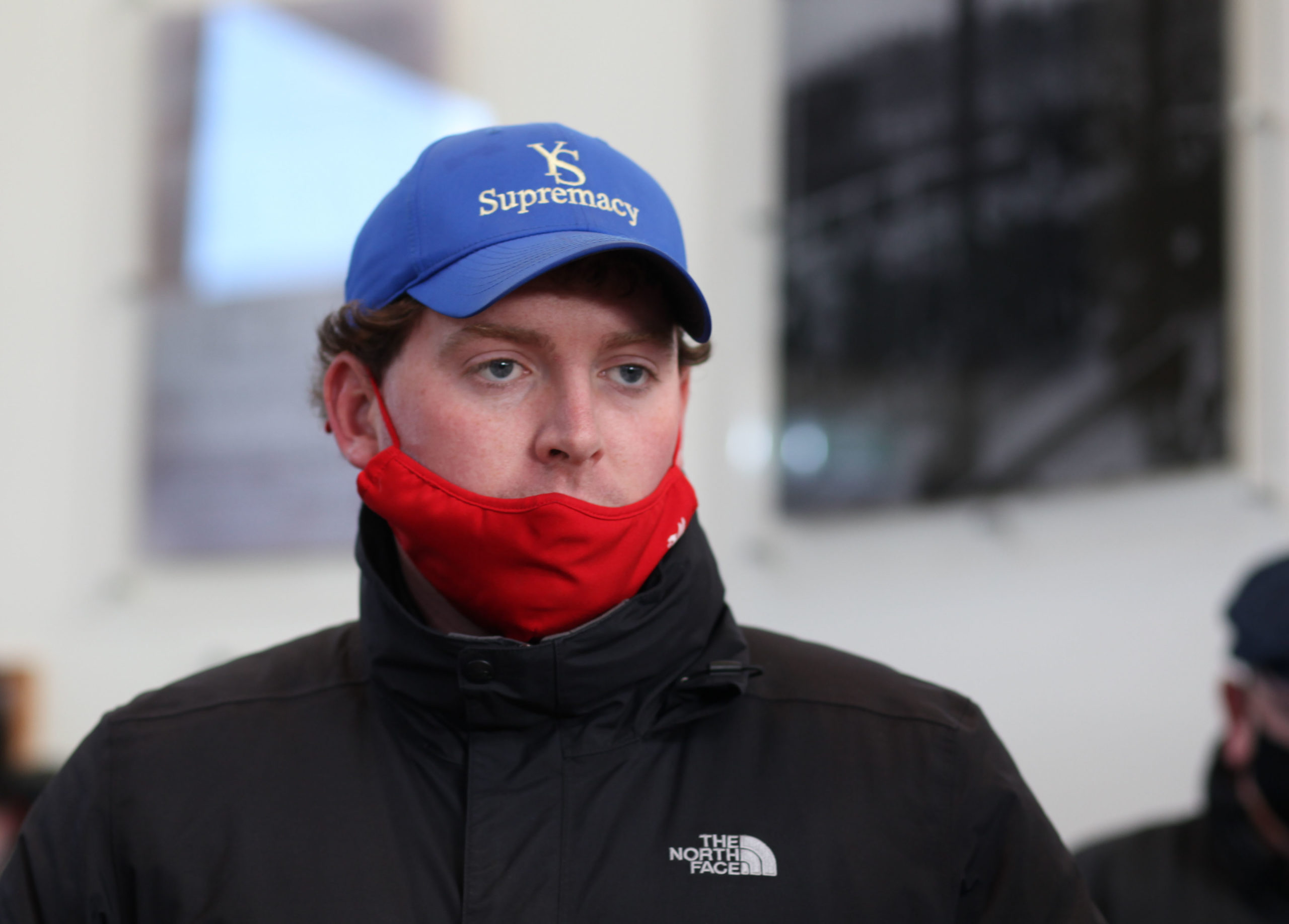 The Shadwell draft was also responsible for Ghazawaat, a daughter of Siyouni in foal to Tamayuz who was knocked down for 80,000gns to Cathy Grassick. A €650,000 breezer, she went on to win for Jean-Claude Rouget and John Gosden and was also third in the Listed Prix Camargo at Fontainebleau.

Her purchase marked a return to familiar territory for Grassick, who had bought her first foal, a Dark Angel yearling filly, for €140,000 at the Goffs Sportman’s Sale.

“She has been bought for an existing Irish client,” she said. “I bought her daughter by Dark Angel as a yearling,and she is going to Jessie Harrington.”

Grassick added: “It is hard to tell at this stage, but you can’t go too wrong with a Siyouni stakes mare – she was rated 100 and he really looks like a broodmare sire of the future, he is such a lovely stallion. She also has got the benefit of being out of a Choisir mare and he has been a very lucky stallion for me. In fact, she is a real mix of Choisir and Siyouni – she has the quality of the Siyouni and the strength and the colour of Choisir. You could see both of them in her and I like that.”

Of the others, two-year-old Bint Elmalek could be set to race on after selling to Michael Donohoe of the BBA Ireland for 70,000gns.

The daughter of Kingman, who is closely related to top miler Bahri, has shown promise in two starts for Charlie Hills, notably when third first time out at Newmarket.

”We watched her first two runs and they looked promising, but she was a little green,” said Donohoe. “She is for an existing client, and she will be given some time to strengthen before we make nay plans. She vetted very well. She has a proper deep pedigree and she has plenty of options both as a racing prospect and as a broodmare further down the line.” 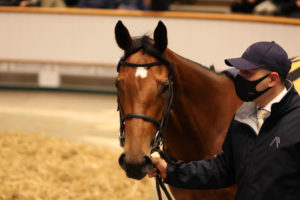 Up Next
2.2 million guineas sale of Waldlied tops blockbuster day at Tattersalls