A dream to fulfil
Stories

The GoFundMe fundraising page for Freddie Tylicki set up by At The Races presenter Matt Chapman, closed yesterday evening having reached a total surpassing £270,000.

After observation, it was discovered that the 30-year-old had suffered a T7 paralysis which means that he has movement in the upper half of his body but not in the lower.

The campaign has been one of the most successful of its kind, with over 4,000 individual donations in just four days from all around the world.

“The response has, of course, been incredible and the money raised is more than I could ever imagine,” reflected Chapman.

He continued: “Having said that, the racing community is a strong and great one. It’s an industry that looks after its own, so maybe I shouldn’t have been quite as overwhelmed as I am. The important thing now is that people don’t think we have enough funds. In this situation there will never be enough.”

Racing figures close to the rider have donated including Jim Crowley, who was rushed to the hospital with Tylicki but only came away with a broken nose.

Newmarket trainer James Fanshawe, who provided Tylicki with his breakthrough Group 1 winner in August courtesy of Speedy Boarding, added to the pot too.

Victoria Pendleton, who notably made the switch from cycling to jump racing, commented on Tylicki’s injury at the annual Cartier Racing Awards on Tuesday.

Pendleton said: “It’s a really great camaraderie between the riders because they appreciate every ride could be their last.

“If you look at the odds, it’s not as dangerous as some people think. But you’d be crazy if you didn’t have a long hard think about that and it didn’t affect you.”

Chapman believes the total will reach somewhere in the region of £330,000 once cheques are cashed. 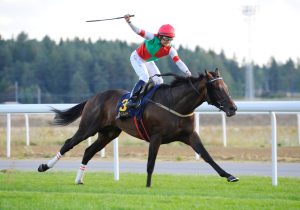 Up Next
A dream to fulfil