Sizing steps up in style
Stories

A daughter of Street Cry, Winx began her winning sequence back in May 2015 when running out a comfortable winner of the Group 3 Sunshine Coast Guineas.

Thirteen wins later, the five-year-old has picked up no fewer than nine Group 1s all coming between seven furlongs and a mile and three furlongs.

The most recent of those at the highest level, under regular rider Hugh Bowman, came in the William Hill Cox Plate over a mile and a quarter at Moonee Valley.

That day she pulverised her opponents including Godolphin’s Hartnell by eight lengths.

Today positioned in midfield by Bowman, Winx came through with her familiar strong burst inside the final two furlongs and shot clear to land the $250,000 contest by just under three lengths.

Her trainer, Chris Waller said: “It’s a very humbling experience to say the least and it’s a huge privilege to be part of her career. The owners do an amazing job in supporting me and supporting her. They don’t over race her and it’s just a pleasure to be part of it.

“There may be one day when another champion comes through and takes the mantle and we’re prepared for that, but we’re enjoying it while it lasts.”

It’s a very humbling experience to say the least

She still has some way to go to match Black Caviar’s record at 25 straight-wins, while she is only one away from joining Bernborough and Carbine on 15 wins.

“I just encouraged her to pick up the tail of Tye Angland’s horse (Endless Drama) which she did and within a blink of an eye, it was all over,” reflected Bowman.

“It is a privilege to ride Winx, she is great for our industry.” 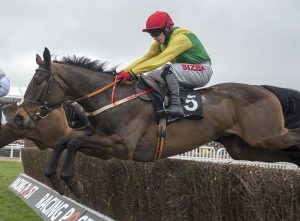 Up Next
Sizing steps up in style