Gold Cup-winning jockey Paddy Brennan reached the 1,000th winner of his career on Wednesday, courtesy of a success aboard Colin’s Sister at Warwick.

The 35-year-old took his time on the daughter of Central Park, who was sent of favourite for the two mile and five furlong mares’ novices’ hurdle.

Brennan produced the Fergal O’Brien-trained mare coming to the second last. The duo drew clear between the last two flights, a neat jump at the last securing the contest by 11 lengths.

One of the most successful jockeys of his generation, he joins an elite list of currently active riders that have surpassed the 1,000 landmark. That list includes champion jockey Richard Johnson, Tom Scudamore, Barry Geraghty, Davy Russell, and Noel Fehily.

“It’s unbelievable. My ambition ever since I came to England was to ride 1,000 winners and win a Gold Cup and I’ve done that now,” reflected Brennan.

“There are so many people to thank – trainers and, most of all, stable staff.”

Undoubtedly the highlight of his career to date came in 2010, when he drove Imperial Commander to a facile win in the Cheltenham Gold Cup. That day he had the mighty Denman seven lengths behind him, with former Grand National-winner Mon Mome back in third.

After that period he became first jockey to Tom George, an association which has only recently ended. Among a whole host of winners he rode for the Gloucestershire-based handler, Brennan developed a fruitful partnership with the high-class two miler God’s Own. He steered him to two Grade 1 wins at Aintree and Punchestown in April.

However being picked by Colin Tizzard as Cue Card’s preferred rider has put him firmly in the spotlight. He has ridden the ten-year-old to success in a Betfair Chase, a King George and a Betfred Bowl so far, while unfortunately crashing out when going well in this year’s Gold Cup.

He will be getting the leg up once again this weekend in a bid to claim a second consecutive Betfair Chase at Haydock Park, hoping to put behind him a disappointing pipe-opener to the season in the Charlie Hall Chase.

Brennan continued: “There’s been so many highlights along the way. I never thought I was that blessed with talent, that is genuine, I always felt I had to work extremely hard as people put doubts in my mind all the way through.

He added: “I love proving people wrong and I love to think I’m an example to other young jockeys coming through, you might not be at the top but this is possible.

“I’m looking forward to the weekend but we’ll enjoy today.” 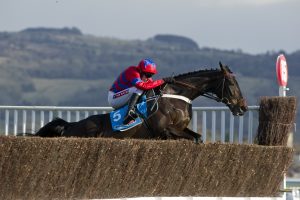 Up Next
Spectacular Sprinter retired