My life outside racing

In the first in a new series, Sarah Rodrigues talks to music mogul Chris Wright

It depends on how you define decadent,” says Chris Wright, when asked about the hedonism of the music industry in the 1970s. “But yes, most of the things you read about are not over the top – in fact, in a lot of instances, I’d say that they underplay what it was really like. You may watch films recreating that time and think, ‘Well, that would never happen’, but I can assure you: it did all happen.”

Having worked with the likes of Billy Idol, Pat Benatar, Ultravox and Spandau Ballet over the course of his career, it’s no exaggeration to say that Chris Wright is something of a legend in

the music industry. Yet his beginnings were far more modest: born into a long line of farmers, he went to Manchester University to study Politics and Modern History and became the university’s social secretary in the mid-60s.

“I started running a blues night at a club in Manchester once a week – the rest of the week it was a working men’s club, with strippers and comedians – and when I finished my studies, I sort of drifted into working as an agent, booking music groups into colleges and universities. Terry Ellis, my ex- business partner, had a very similar profile to me in Newcastle, so we created one company and started doing it throughout the country.”

Calling the company Chrysalis – a combination of Wright’s first name and his partner’s surname – their big break came with a band called The Jaybirds, who Wright signed and renamed Ten Years After. “In 1968 they went to play in America and really laid the foundations for us signing other artists – Jethro Tull, for instance.

“When we couldn’t get a record deal for them, we made the record ourselves – and when no one would release it, we released it ourselves. I know things like this are more common these days, but back then it was unheard of – and that was really the start of Chrysalis Records.”

It’s this type of thinking that has characterised much of Wright’s career, remaining sanguine and pragmatic, even when presented with challenges. “With any business, you encounter obstacles,” he says. “The greater the challenge, the greater the euphoria when something works out. It’s the same with the horses – many don’t give you much of a return financially, emotionally or excitement- wise, but when you get one that does, you enjoy the moment.”

It was with ‘a few mates in the music business’ that Wright first got together to buy a few horses and a small training yard in Lambourn. 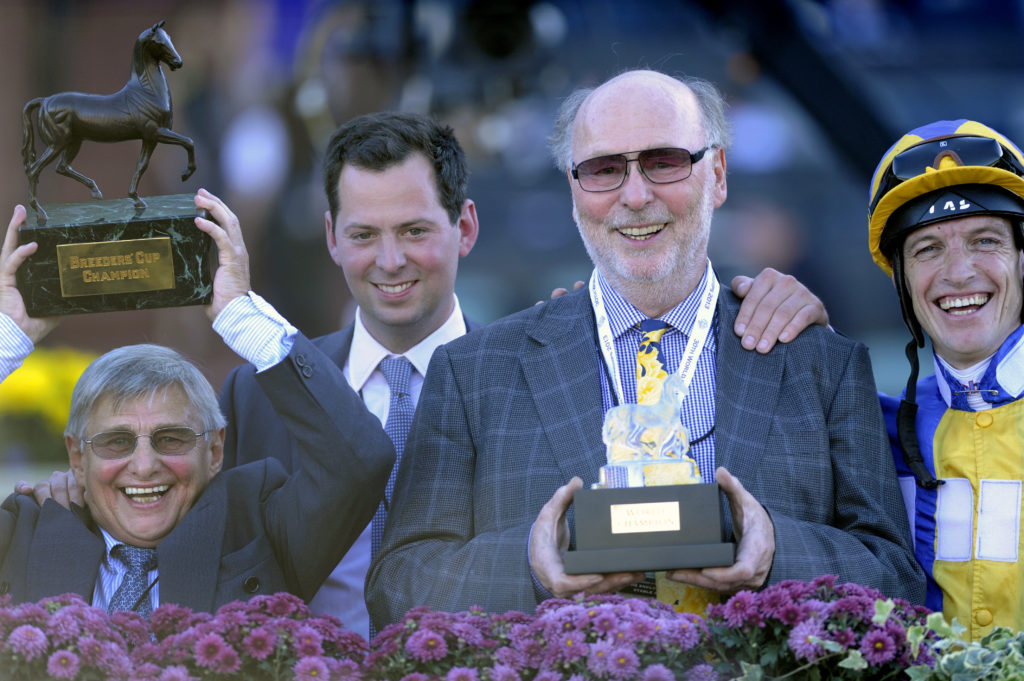 Chris Wright: first yearling he bought was what turned out to be his foundation mare, Crime Of Passion – Photo: George Selwyn

“The first yearling I bought, Crime Of Passion, turned out to be a successful runner and it all developed from that. She went on to become the foundation mare for my stud; I now have shares in about 20 racehorses in training, and another twenty broodmares scattered around the world.”

Racing is just one of the sports about which Wright is passionate. “I’m a sports nut, really – I love most sports. I owned QPR football team for a while, and Wasps rugby club for 11 years.” On a personal level, Wright plays tennis most days, wherever he is in the world. “The fact that it keeps me fit is an additional benefit, but I play because I enjoy it,” he says. “I don’t go to the gym or run, that’s for certain!”

Having sold the record label arm of Chrysalis to EMI in 1991, Wright came back as chairman and co-owner in 2016, but has recently sold it again. In the intervening years, he’s had other music, radio and television production concerns, and is responsible for bringing Midsomer Murders and Doc Marten to our screens. His current production company, Chrysalis Vision, is still in its infancy but “it’s a business I know very well and I’m eager to see what we can make of it,” he says.

Dividing his time between London and the Cotswolds, Wright relishes having a little more time on his hands than he did when the music industry was at its pre-streaming peak. “I have time to play bridge now, which I enjoy very much,” he says. “Collecting – and drinking! – wine is also a passion, as is buying and collecting art.”

Having the opportunity to travel for leisure is also something that he is making the most of, with time for trips to more far-flung destinations. “I recently travelled to Nicaragua, Panama and Providencia, the remote Colombian islands off the Nicaraguan coast. Access isn’t very easy – you have to fly from Colombia or Panama to San Andrés Island and then take a small plane to Providencia, some 90 kilometres to the north – but it’s well worth the journey.”

He’s also a keen writer, contributing articles on politics and current affairs to a number of publications, and having penned his own autobiography – a task that took him two to three years, with the help of a researcher. Entitled One Way or Another, the book shares its name with one of the biggest hits from iconic punk and new wave band Blondie – another Chrysalis signing.

Is there anyone whom he regrets not signing? “We signed some people and didn’t sign others,” he says. “There’s no point in looking at it like that. In any business, you have to make decisions: in the music industry, you can’t sign everyone you want to sign.

“It’s like going to the yearling sales and, later, saying to the bloodstock agent, ‘That one turned out to be a Derby winner, why didn’t you buy that one?’ The only way you’re going to not make a mistake is by buying every yearling – and then you’re going to go bust.” 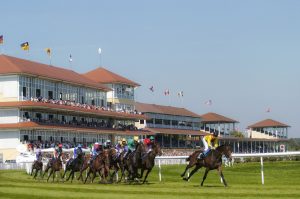 Up Next
Bathed in history