A wonderful week on the Knavesmire continued for trainer Tim Easterby as Winter Power surged to success in the fast and furious Group 1 Nunthorpe Stakes at York on Friday.

The early stages of the race saw American raider Golden Pal set a fractious pace but all the while jockey Silvestre de Sousa was closely following on Winter Power before picking up impressively to take up the running as they motored down the home straight.

Once in front, Winter Power came home to win by one and a quarter lengths, with the Kevin Ryan-trained Emaraaty Ana emerging from the pack to run on to claim second. There was a further half length back to Dragon Symbol in third.

Winter Power’s success followed the wins of Copper Knight and Cruyff Turn for Easterby already during the Ebor Festival.

The trainer said: “She’s an incredible filly. She just came right for the day. I wasn’t worried about the opposition. You just try and get your horse to the race fit, healthy and well. The jockey has to be chilled, too. Everything went to plan.

“Winter Power relaxes so well in her races now. She just switched off. It’s the best, isn’t it. What more can you get than a winner at York? It’s a great feeling.”

De Sousa added: “She’s unbelievably fast, when she hits the gates right, she’s really good. She did that here first time this year and I thought I hadn’t sat on anything as fast as her. She’s good, she’s very good.”

Stradivarius secured a third victory in York’s Lonsdale Cup as he came out on top against Spanish Mission in a thrilling battle on the Knavesmire for the Group 2 staying event.

As Bjorn Nielsen’s outstanding stayer took up the running after pacemaker The Grand Visir was swallowed up in the home straight, it was Spanish Mission who served it up Stradivarius and briefly had his head in front.

But Stradivarius was not to be defeated, as he overhauled Spanish Mission in determined fashion and ultimately won by a head. There were a further seven lengths back to The Grand Visir in third.

Reflecting on the performance, John Gosden, who trains Stradivarius with his son Thady, said: “He used to sting like a butterfly and float like a bee, but he’s a little more rope a dope now! 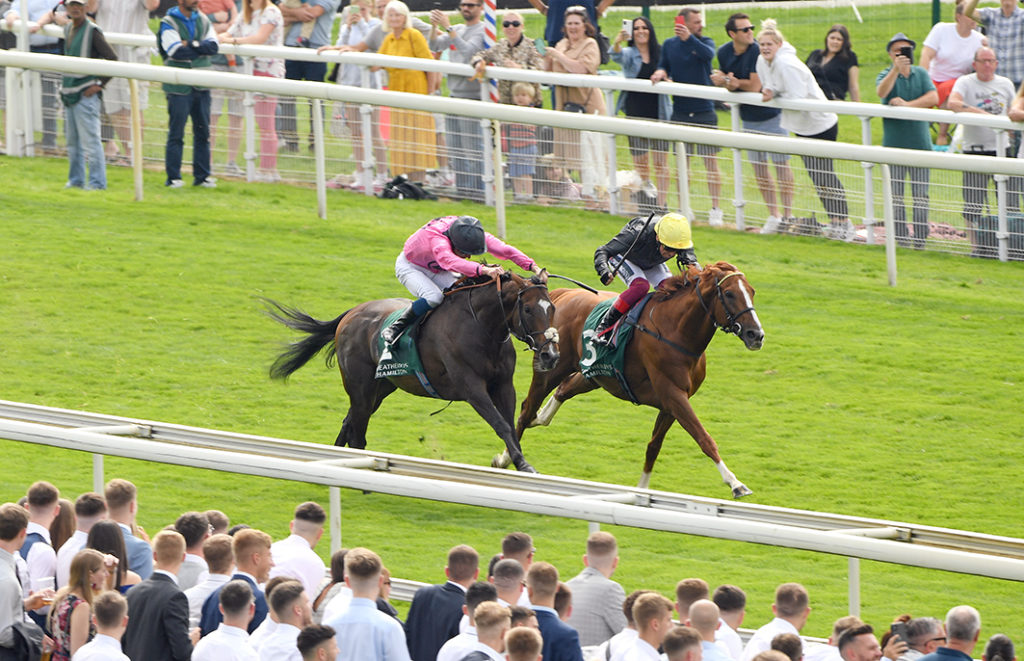 “There was not the pace he likes. He likes a good pace to run at, so it was always going to be a fantastic race. Spanish Mission put it up to him, Frankie said he headed me, I got back, then he headed me, and I got back.

“It was a proper race for everyone to watch. What a great race with Spanish Mission – two fabulous horses.

“He’s phenomenal to have won four Goodwood Cups, to win three Gold Cups, three Lonsdales now, two Yorkshire Cups and the Doncaster Cup. Full marks to him. A great performance and we’ll see what we want to do.

“He still enjoys his training and is enthusiastic about it all. A stronger race at his age suits him better. The horse will us, it’s not our decision. As long as he’s enjoying his training and racing then we keep on. When that starts fading then we’ll stop.

“The Doncaster Cup is a [future] possibility and there is Champions Day, I hope it’s decent ground but if it’s bottomless we might have to reroute.”

Al Shaqab’s Lusail, trained by Richard Hannon and ridden by Pat Dobbs, extended his record to four wins from five starts as a two-year-old when an authoritative winner of the Group 2 Gimcrack Stakes. 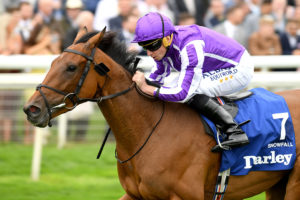 Up Next
Yorkshire Oaks goes the way of classy Snowfall