Wind blows in at Sandown

This was the race in which One For Rosie was initially called the winner due to an error before the true victor was recognised.

Third Wind stems from Plummer’s purchase of Drama School at Tattersalls after she decided that she wanted to start breeding horses for the Flat. The daughter of Young Generation produced seven winners while at stud, including Third Wind’s granddam, the winning and Group 3-placed Robellino mare, Rada’s Daughter.

Act Three was trained by Hamilton-Fairley throughout her career and she said: “She didn’t do brilliantly but she had ability. She had an issue with a knee that meant she didn’t run a huge number of times.

“She was a nice staying mare and on a couple of occasions she was second and a bit unlucky. I know she didn’t look much on paper, but she was better than that.”

Retired to the paddocks, Hamilton-Fairley and Plummer retained faith in Act Three’s potential as a broodmare as her Royal Applause half-sister, Theatre Royal, had been responsible for the winners Backstage Gossip and Mister Showman.

Third Wind, by Rathbarry Stud’s Shirocco, is the second and last foal out of Act Three to hit the racetrack and went into the care of Newbury trainer Hughie Morrison.

“Hughie is an old friend of mine,” explained Hamilton-Fairley. “When I was training, I used to go up there and sometimes take my horses on the gallops. I always liked the way Hughie trained – he doesn’t do anything too soon.

“Third Wind was quite weak when he was born and he’s quite tall and narrow. Hughie has done well with Shiroccos in the past on the Flat and I just knew he wouldn’t do anything too soon.”

The original plan was to start off Third Wind in a three-year-old bumper, but Hamilton-Fairley and Plummer had to wait until he was four, when he made his debut in two-mile bumper at Huntingdon, finishing fifth.

He disappointed next time out behind Warren Greatrex’s talented Emitom at Warwick before having a long break. Third Wind was schooled over hurdles before heading to Plumpton and got his jumping career off the mark in a 2m4½f maiden hurdle in December – at 40-1.

That performance impressed Morrison and his connections. A plan was then formed to target the EBF Final. Hamilton-Fairley said: “That was the whole campaign. He had to be vaccinated in February, which wasn’t ideal, and we missed a couple of races but we got that race in at Taunton [a novice hurdle victory].

“We were just so lucky. Sometimes you make a plan and it comes off.”

The victory of course was an unusual one for Hamilton-Fairley, Hamilton-Fairley’s daughter Izzy, and Plummer with the photo finish fiasco originally calling the Nigel Twiston-Davies-trained One For Rosie as the winner.

Third Wind had in fact rallied late on to collar One For Rosie on the line but the family had to endure an agonising wait as the stewards investigated the result.

“It was extraordinary and a funny old day,” added Hamilton-Fairley. “It was a little bit spoilt for us as owners as we never got a picture with the horse, the rug went on the wrong horse and, unfortunately, it did mar the day.”

The good news is that their exciting five-year-old has a bright future ahead of him and will enjoy the summer out at grass while a decision is made whether he will stay over hurdles or go chasing next season. Whatever route connections choose, Third Wind looks capable of hitting the heights as a British-bred star of the National Hunt scene.

Hamilton-Fairley added: “Third Wind is the end of the breeding line for us. My mum, who’s 89 now, has moved away from breeding and she and her partner Tony have been buying horses at the sales.

“We’re not doing anything else with Third Wind. It was a hard race and we’re just going to sit back and think about it over the summer, whether to stay over hurdles or go chasing. He’s only five so we’ve got plenty of time.” 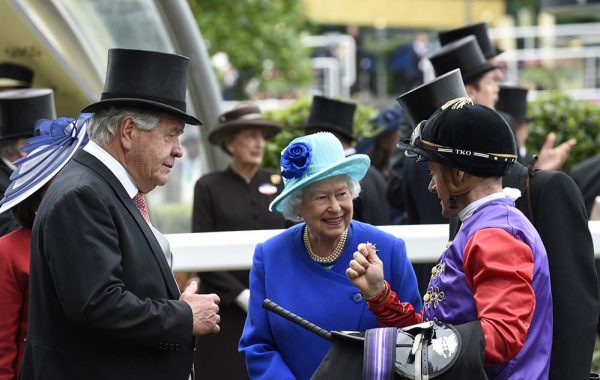 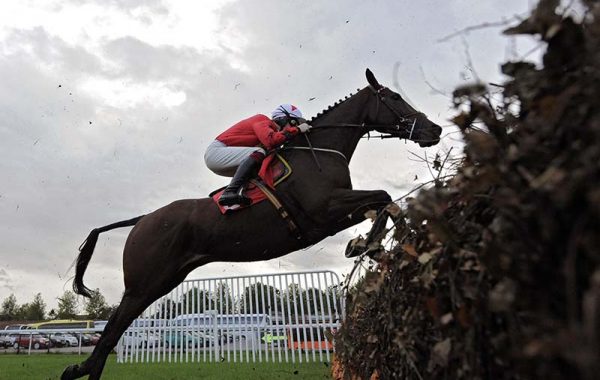 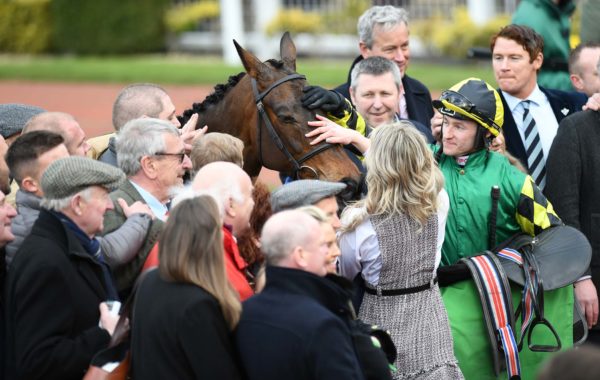 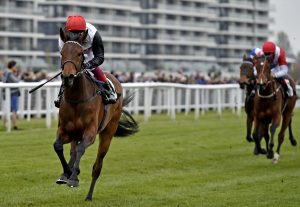 Up Next
Oppenheimer's Star catches the eye