Watch: a visit to Hascombe and Valiant

The famous racing silks of the Oppenheimer family have been carried by a number of top-class horses over the years, such as On The House, Most Welcome, Cracksman and Golden Horn.

In the latest in our series of video interviews with leading owner-breeders, we visited Hascombe and Valiant Studs in Newmarket along with GBRI to find out how the operation came into the hands of the Oppenheimer family.

The second part of the interview has Anthony Oppenheimer recall how superstar Golden Horn failed to sell as a yearling and as a result, was retained to race by his owner-breeder, winning the Derby in 2015, before retiring to Darley’s Dalham Hall Stud.

In the third and final part of our in-depth interview, Oppenheimer reveals his thoughts on what the future holds for British owner-breeders as well as highlighting the renaissance in the domestic stallion ranks. 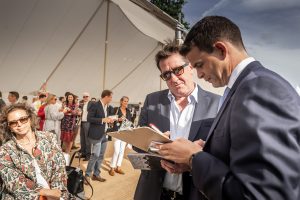 Up Next
Simcock strikes for Mohican Heights