Once again, the Tattersalls December Mares Sale, which concluded its four-day run in Newmarket on Thursday, proved to be a melting pot of international investment, with strong demand from different corners of the world contributing to a rise in both the average and median.

That was achieved despite the presence of only one seven-figure lot, compared to seven in 2018. However, the number of lots to sell for 500,000gns or more increased to 27, up from 22.

Indeed, many of those present at the sale were quick to comment on the strength of the market for a catalogue that won’t be remembered as a vintage edition.

“Vibrant international demand is the hallmark of so many sales at Tattersalls and the 2019 December Mares Sale has yet again demonstrated the enduring appeal, not only of this historic fixture, but also of quality European bloodstock,” said Tattersalls Chairman Edmond Mahony. “The Tattersalls December Sale is an extraordinary magnet for thoroughbred breeders from throughout the world and this year’s sale has more than lived up to its reputation as probably the most international bloodstock sale in the world.

“We have been fortunate to have had some outstanding December catalogues in recent years and it may be fair to say that the 2019 renewal lacked a little of the usual depth, but buyers from throughout the world have competed fiercely for the best fillies and mares all week, and we can reflect on a very positive end to the Tattersalls sales season.

With Prix de l’Abbaye heroine Mabs Cross failing to sell at 1,100,000gns, the sole seven-figure mare was Coplow, dam of 1,000 Guineas heroine Billesdon Brook who made 2,100,000gns to MV Magnier.

The daughter of Manduro, also the dam of Listed scorer Billesdon Bess, was sold in foal to Kingman by her breeder Stowell Hill Stud. Late stud owner Bob McCreery bred Coplow out of Anna Oleanda, purchased for 45,000gns at this sale back in 2005. She proved to be an excellent purchase, not only as the dam of Coplow – ironically the only one of her nine foals who failed to win – but also of Middle Club, who carried McCreery’s colours to victory in the 2009 Prix d’Aumale, Horris Hill Stakes winner Piping Rock and Princess Elizabeth Stakes heroine Anna Nerium.

“I found that very nerve-wracking,” said Jeanette McCreery after watching MV Magnier outbid Peter and Ross Doyle and James Delahooke. “She was very popular all around the ring. We have so many members of the family that something had to be sold to keep it all running.

“It is a great credit to Bob, but credit also goes to the Hannons who have made this family.”

“I will imagine she will go to Galileo, but I will have to speak with the lads,” he said. “She has done it already, let’s hope she can continue. She is in foal to a hot stallion.”

🔥 Coplow, the dam of 1000 Guineas and Sun Chariot winner Billesdon Brook, provides the Stowell Hill Partners with a fantastic result, selling to MV Magnier on one bid for 2.1m gns at the #TattsDecember Mares Sale. pic.twitter.com/Rl9OL2T5vL

Notable American investment was to the fore via Prix Sigy winner Big Brothers Pride, who was knocked down out of the Tweenhills Farm and Stud draft to Eamonn Reilly of the BBA Ireland for 975,000gns. As well as being an extremely quick filly, the daughter of Invincible Spirit also boasts a strong pedigree as a half-sister to Prix Maurice de Gheest winner Polydream.

“She is for a US buyer and she goes to America,” said Reilly. “She won’t race on and will be syndicated to bred. She is from bloodlines that rarely come onto the market.”

Other American-based buyers to strike included Reiley McDonald of Eaton Sales, who signed at 800,000gns for the Hurry Harriet Stakes winner Easter. Another hot commodity in foal to Kingman – his covering average ultimately checked in at 745,556gns – she is a sister to this season’s promising two-year-old Peaceful. “They are for Athens Woods Farm in Kentucky,” said McDonald. “We are putting together a bunch of US and European-bred mares. Easter is by Galileo and I want to get as many mares by Galileo as I can!”

McDonald also went to 725,000gns for Listed winner Snowy Winter, yet another in foal to Kingman. The daughter of Elusive Quality had originally been sourced by Blandford Bloodstock for just €7,500 as an unraced three-year-old out of the 2017 Goffs February Sale. Sent to Archie Watson, she proceeded to win six races and run Group 1-placed.

Owner Ibrahim Araci, meanwhile, was busy stocking up on mares to send to his Old Mill Stud in Newmarket. Araci, whose colours have been carried by the likes of Native Khan, Chigun and Aktabantay, recently purchased the Chippenham property and after carrying out a series of renovations, is now embarking on a programme of investment in stock.

To that end, he came away with seven mares worth 2,295,000gns through Rob Speers led by the Listed-placed Guerriere, a half-sister to the Group 1-placed pair Soustraction and Matematica who cost 775,000gns. That daughter of Invincible Spirit was sold in foal to Lope De Vega while another of the stud’s acquisitions, 700,000gns purchase Butterscotch, boasted an elite covering to the American Triple Crown hero Justify.

“We have bought several very nice well-related mares from young families,” said Speers. “They are all in-foal to exciting stallions. They are all going to Old Mill Stud, which Mr Araci has recently purchased. We are planning to put together a quality broodmare band.”

Araci had previously come off second best at 775,000gns to James Wigan of London Thoroughbred Services on Pretty Polly Stakes heroine Thistle Bird, the highlight of phase one of the anticipated Waddesdon Stud dispersal. 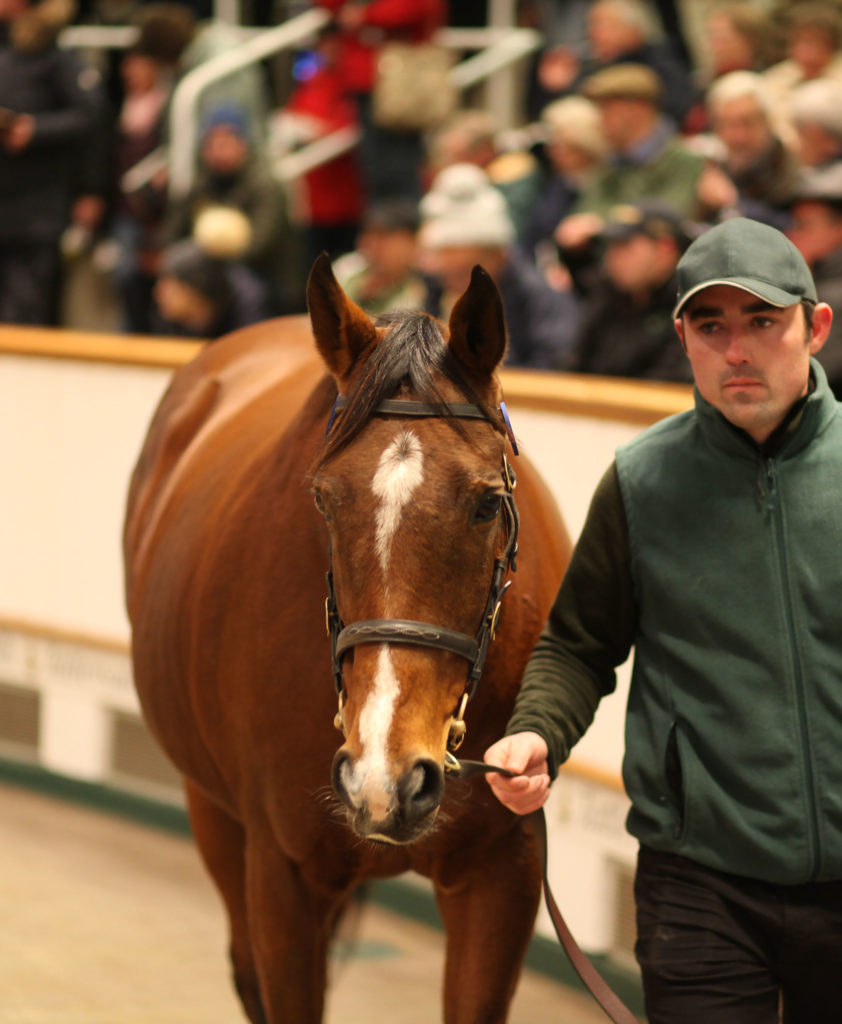 Lady Rothschild, the breeder of such top performers as Nathaniel, Great Heavens and Pounced who died in January 2019, compiled an excellent broodmare band at her Aylesbury-based Waddesdon Stud. Sadly, Waddesdon Stud shuts for business on December 31; Lady Rothschild’s son, Nathaniel, is based in California, so the move is understandable.

As a result, 14 mares headed through the ring from The Castlebridge Consignment on Monday evening and in a fitting tribute, went on to turn over 3,193,000gns.

“It is the end of an era and it is sad, but the draft were beautifully turned out,” said Wigan. “The mares have gone, but there are still yearlings to come to sell next year and there are horses in training, too.

“Aflame has been purchased for Erdenheim Farm, and Thistle Bird for George Strawbridge. I obviously know the families and the horses well and have seen them; it is nice that it can carry on with my clients. No plans have been made yet as regards stallions.”

The ring also played host to the sale of Group 1-winning sprinter Sands Of Mali. Offered as a wildcard entry to dissolve the partnership between Peter Swann of Cool Silk Partnership and Phoenix Thoroughbreds, there was a sense of theatre as both parties took each other on, with Swann eventually coming out on top at 600,000gns.

“I am delighted, we will make stud plans for him now, it has been a difficult process for us all,” said Swann. “He does not owe us anything and he will go back to Richard’s to relax for a week while we finalise things.

“We have had interest from a number of studs, so it won’t be a problem getting this sorted. He has a pretty clear pedigree being a son of Miswaki.”

The Mares Sale brought the curtain down on a December Sale that featured the sale of 1,462 horses across ten days of selling. Total turnover dropped nine per cent to 91,278,700gns while the average fell five per cent to 62,434gns. However, the median increased 14 per cent to 25,000gns.

“He’s very relaxed, which is surprising with all these mares around!”

A stud career beckons for Sands Of Mali as @CoolSilkRacing buy out their partners in the Gr.1 winner for 600,000gns at the #TattsDecember Sale. pic.twitter.com/LCh4xEI2AW 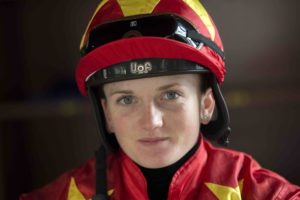