Upsets at Lingfield in Derby and Oaks Trials

The betting proved a poor guide to the chances of the runners in the Oaks and Derby trials at Lingfield on Saturday as the rank outsiders in both races prevailed in the testing conditions at the Surrey track.

Never far from the pace, Sherbet Lemon hit the front approaching the two-furlong marker but was soon faced with a host of challengers, including the Aidan O’Brien-trained Divinely and Qatar Racing’s Ocean Road. 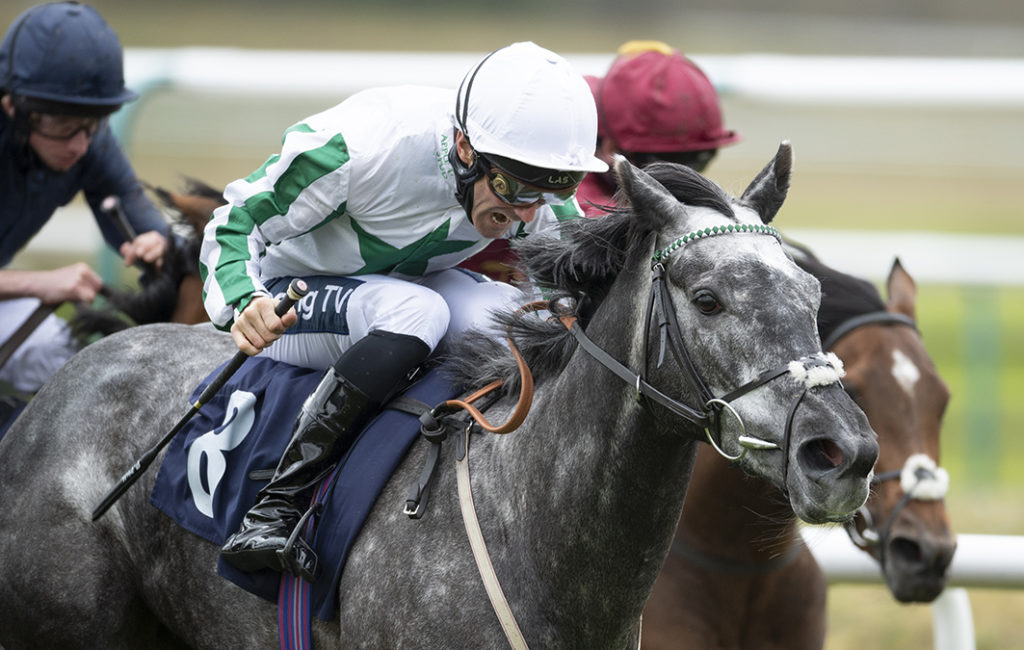 However, the daughter of Lemon Drop Kid battled on tenaciously under Paul Mulrennan and withheld the late challenge of Save A Forest to gain the day by three quarters of a length, with Ocean Road a length away in third place.

Third Realm put himself firmly in the picture for the Cazoo Derby with an authoritative success in the Novibet Derby Trial Stakes (1m3½f).

Previously seen winning a ten-furlong Nottingham maiden on quick ground last month, Third Realm was settled at the back of the six-runner field by David Egan as Aidan O’Brien’s duo Carlisle Bay and Kyprios set the early fractions.

With half a mile to run Third Realm began to make headway on the outside and the son of Derby winner Sea The Stars hit the front at the two-marker, apparently still full of running.

Looking a little green when asked to put the race to bed, Third Realm still had too much class for his rivals, recording a comfortable length-and-a-quarter success over favourite Adayar for Godolphin. 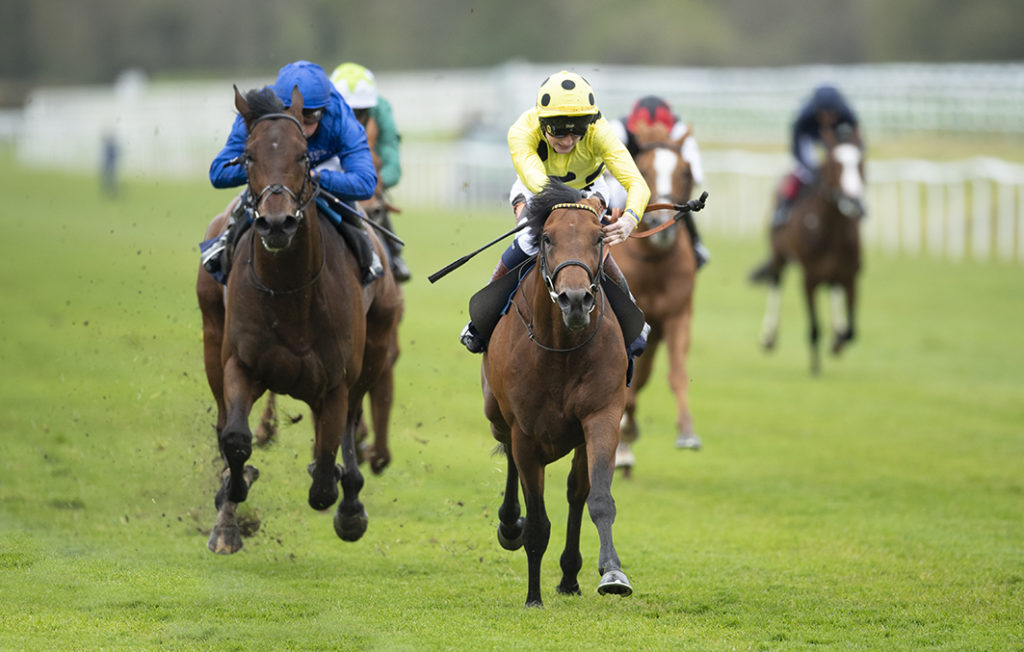 Third Realm, trained by Roger Varian for Sheikh Mohammed Obaid, was cut to 12-1 for the Cazoo Derby at Epsom on June 5 after his dominant victory.

Hats off at Nottingham
The Queen secured Listed honours on Saturday afternoon when her homebred three-year-old filly Light Refrain made a successful reappearance in the British Stallion Studs EBF Kilvington Stakes at Nottingham.

Clearly enjoying the testing conditions, having finished runner-up on soft ground on her final outing at two, Light Refrain saw off favourite Last Empire by a length and a quarter under Shane Kelly in the six-furlong contest.

Light Refrain, trained by William Haggas, is a daughter of Frankel out of the Elusive Quality mare Light Music, a Listed winner herself on soft ground as a juvenile and Group 3-placed at three in Her Majesty’s silks.

Rausing at the double
Renowned owner-breeder Kirsten Rausing is enjoying a fine season to date and her famous green and white silks were again to the fore with a Saturday double.

The first lady of Lanwades saw her four-year-old filly Albaflora turn the Listed Buckhounds Stakes (1m4f) into a procession, as the daughter of Muhaarar powered through the soft ground to defeat Tribal Craft by seven lengths under Rossa Ryan for the Ralph Beckett stable.

Beckett also trained Rausing’s Aleas, who recorded a mightily impressive victory under Hector Crouch in a mile handicap at Haydock, with the three-year-old Archipenko gelding scoring by nine and a half lengths.

Albaflora is out of the Galileo mare Almiranta and is a half-sister to Group 2 scorer Alyssa and Group 3 winner Alea Iacta, the dam of Aleas.

Nymph too sprightly at Ascot
High numbers were favoured on the straight course at Ascot on Saturday and the Clive Cox-trained River Nymph (stall 24) came out on top in the ultra-competitive tote+ Victoria Cup (7f), the most valuable race on the card.

Adam Kirby partnered the four-year-old son of Cable Bay, owned by Trevor Fox, to a half-length success over Eagleway, running a fine race for trainer Ivan Furtado, with Escobar a head away in third, just ahead of Zip.

The six-year-old Kayf Tara gelding, who fell last time out in a two-mile handicap hurdle at Aintree when looking sure to play a part in the finish, made no mistake on this occasion and sauntered home by eight and a half lengths. 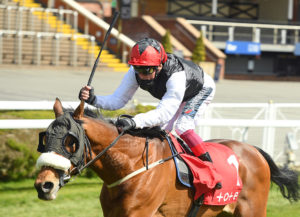 Up Next
Falcon and Frankie swoop late for Chester Cup glory