26 horses made a million dollars or more led by Grade 1 producer Magical World, a daughter of Distorted Humor who sold for $5.2 million

An array of the world’s leading investors descended on Kentucky on Monday to help produce a record trade at a glittering renewal of the Fasig-Tipton November Sale in Lexington.

Of the 149 horses that sold, 26 made a million dollars or more led by Grade 1 producer Magical World, a daughter of Distorted Humor who sold for $5.2 million to Whisper Hill Farm LLC and Three Chimneys Farm LLC. 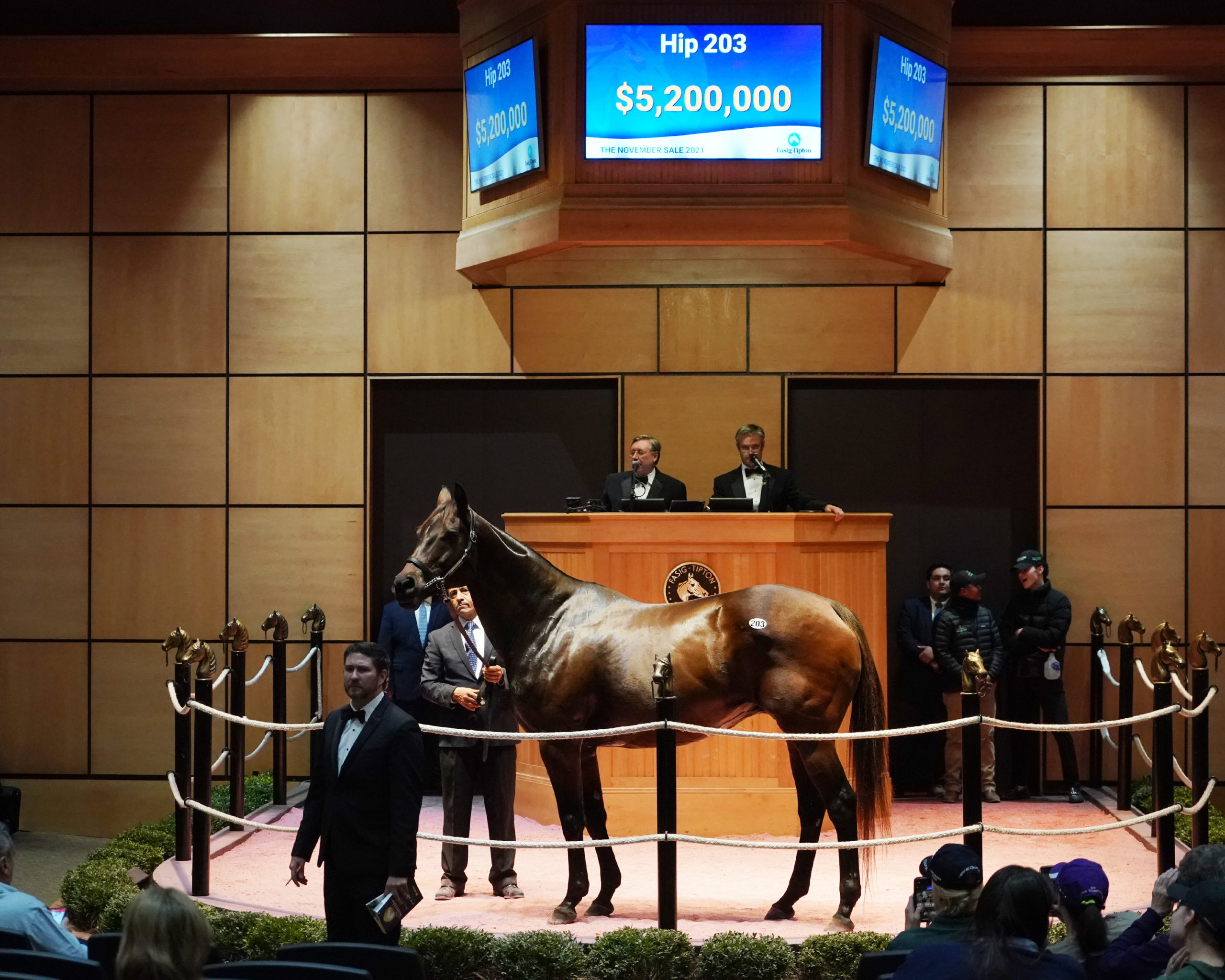 As ever, Japanese participation helped underpin the top end of the market, with such investors signing for 18 individual lots north of $500,000, 12 of them at seven figures. In all, Japanese buyers accounted for $34.55 million worth of stock.

“[It was a] remarkable evening tonight,” said Fasig-Tipton President Boyd Browning. “We were so fortunate to have a tremendous group of horses… It was almost impossible to believe the quality of horses on the grounds.

“Our friends from Japan have become a major component of this sale. We live in a global world and we’re fortunate that we have a global marketplace here.”

Browning added: “We were supported by an unbelievable cross section of horses from an unbelievable cross section of consignors and owners. That’s what it’s all about: it’s the quality of horses that you have the opportunity to sell, and we were fortunate tonight to have an all-star cast of offers and support (from) a tremendous buying base from all over the world. I couldn’t be any more pleased.”

Mandy Pope of Whisper Hill Farm made a bold play over the course of the evening, signing in conjunction with Three Chimneys Farm at $5.2 million for Magical World and with Flurry Racing and Qatar Racing at $5 million for Kentucky Oaks heroine Shedaresthedevil.

Magical World, whose four foals of racing age are headed by triple Grade 1 winner Guarana and Listed scorer Magic Dance, was sold in foal to Into Mischief by Hill ‘n’ Dale Sales Agency to dissolve its partnership with Three Chimneys. 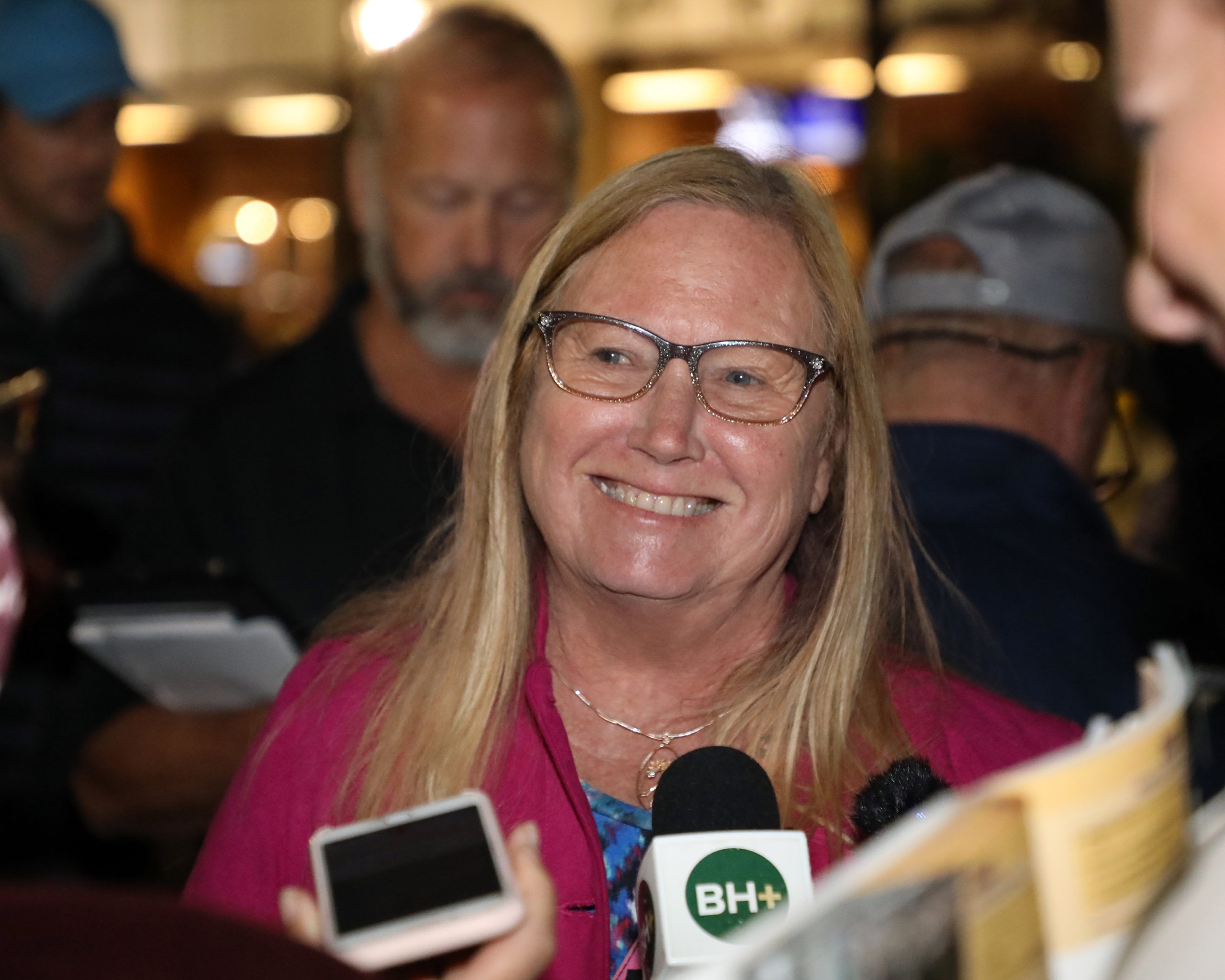 Hill ‘n’ Dale successfully bought out Three Chimneys at $4.4 million for the mare’s daughter Guarana, also in foal to Into Mischief.

A return to racing, meanwhile, beckons for Shedaresthedevil following her sale for $5 million. Flurry Racing and Qatar Racing campaigned the daughter of Daredevil with Big Aut Farms to win last year’s Kentucky Oaks and enjoyed another productive season with the filly this year thanks to another four Graded stakes victories, among them the Grade 1 La Troienne and Clement L. Hirsch Stakes.

With Pope joining the Flurry – Qatar partnership, Shedaresthedevil is set to return to trainer Brad Cox with an eye on further Grade 1 accolades in 2022.

A busy evening for Katsumi Yoshida of Northern Farm consisted of the purchase of six mares for $12.725 million. They were headed by the outstanding racemare Swiss Skydiver, a collector’s item by virtue of her win over Authentic in last season’s Preakness Stakes. Purchased for just $35,000 as a yearling by trainer Kenny McPeek, the daughter of Daredevil won seven races in total, including the Grade 1 Alabama Stakes and Beholder Mile, and sold for $4.7 million on Monday evening. 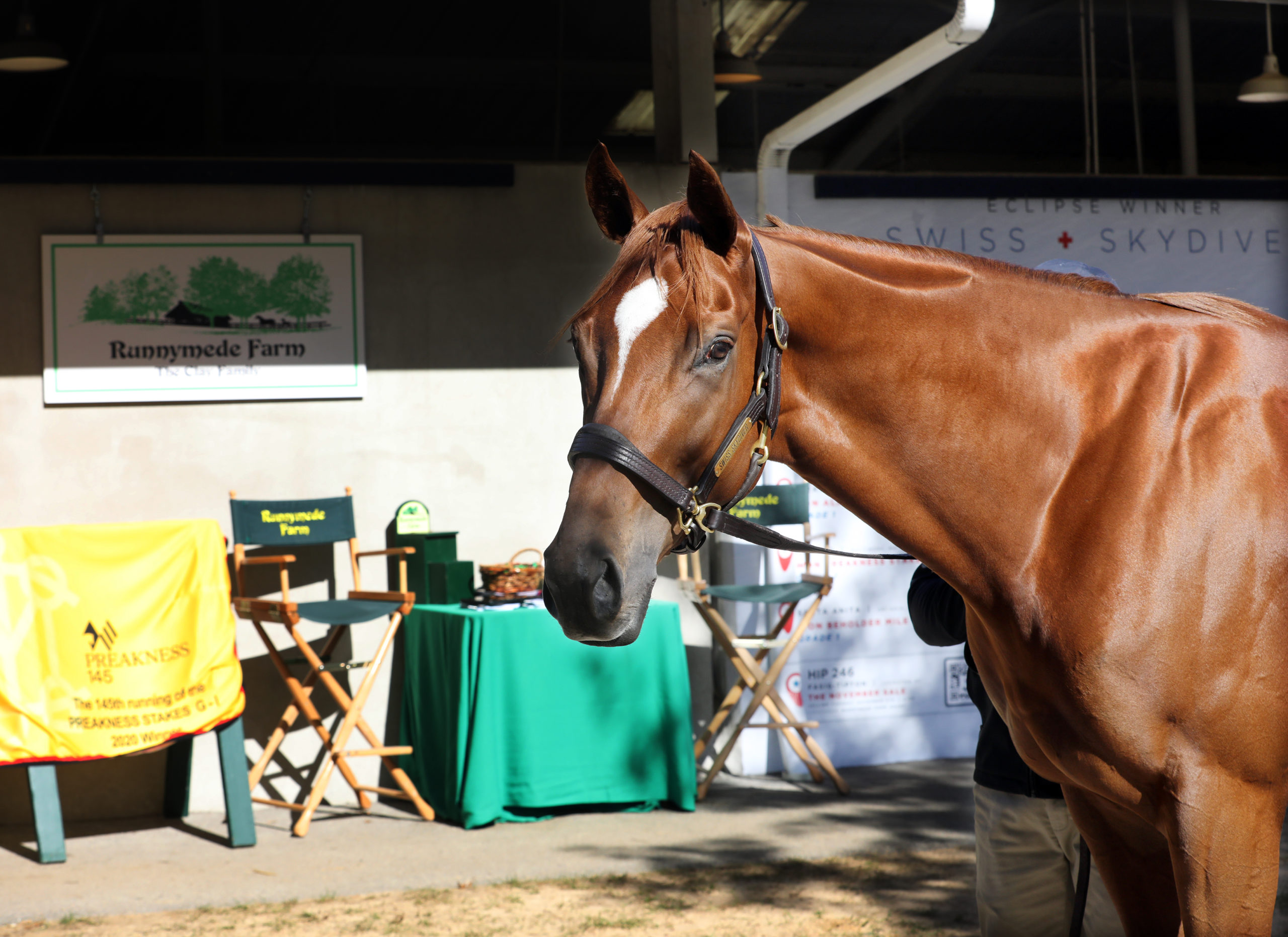 Northern Farm also came away with Grade 1 winners Princess Noor, sold in foal to Into Mischief, at $2.9 million, Simply Ravishing at $1.7 million and Duopoly at $1.6 million alongside Mongolian Changa, the dam of controversial Kentucky Derby winner Medina Spirit, at $1.05 million.

Also heading to Japan is 2018 Oaks third Bye Bye Baby, who was purchased by Narvick International on behalf of Grand Farm. Sold in foal to Tapit by Denali Stud on behalf of the estate of the late owner/breeder Michael Baum, the daughter of Galileo is a half-sister to 2020 Derby hero Serpentine and from the immediate family of Dylan Thomas.

Coolmore made just one purchase under its own name but it was a high-profile transaction, with Jamie McCalmont going to $2.7 million on behalf of MV Magnier for Grade 1 winner and Commonwealth Cup runner-up Kimari. Plans call for the daughter of Munnings to return to her former trainer Wesley Ward, who has saddled her to win six races so far. 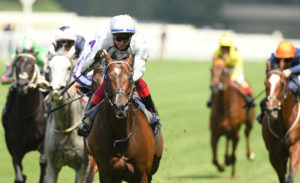 Up Next
Palace Pier introduced at £55,000 as Darley unveil fees