Time gets up late in Midlands Grand National

Jonjo O’Neill Jr showed why he is one of the most exciting young talents in the weighing room with a perfectly judged ride aboard favourite Time To Get Up in the Marston’s 61 Deep Midlands Grand National at Uttoxeter on Saturday.

Riding for his father Jonjo Sr in the JP McManus silks, O’Neill settled Time To Get Up in the middle of the 20-runner field as The Two Amigos and Springfield Fox set the early fractions.

Fellow eight-year-old Mighty Thunder and Blair Campbell looked to have stolen a march on their rivals when kicking on four out and still held an advantage jumping the final fence in the stamina-sapping 4m2f contest. 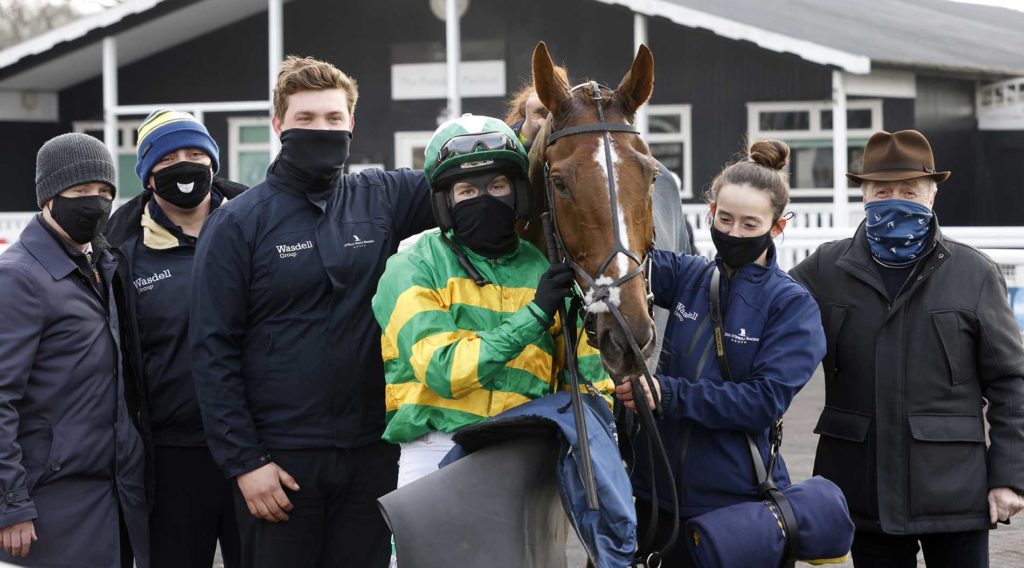 Time To Get Up and connections after victory in the Midlands Grand National at Uttoxeter –
Photo: Dan Abraham

However, O’Neill had the leader in his sights and galvanised Time To Get Up on the run-in to overhaul Mighty Thunder inside the final half furlong, scoring by a length, with Final Nudge two and a half lengths away in third, just ahead of Irish raider Screaming Colours.

The winner, an eight-year-old son of Presenting, was having just his fourth race over the bigger obstacles, and his seventh overall, having previously been trained in Ireland by Joseph O’Brien. His trainer opined that he could be a contender for the Randox Grand National at Aintree in future years, a comment that also applies to the gallant runner-up, whose best days are also surely ahead of him.

On a low-key afternoon of racing action, Shallwehaveonemore will have given owner Steve Packham reason to cheer when making a sparkling debut in the bumper that closed Kempton’s card.

Packham had watched his star performer Goshen hang away his chances in the Champion Hurdle on Tuesday behind Honeysuckle and Rachael Blackmore. Like Goshen, Shallwehaveonemore is by Authorized and trained by Gary Moore. 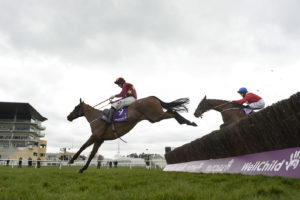