The Dettori show at Royal Ascot

The showman of British Flat racing, Frankie Dettori, took centre stage at Royal Ascot once again as he enjoyed two winners on Wednesday, including on the Sir Michael Stoute-trained Crystal Ocean in the feature race on the card, the Group 1 Prince of Wales’s Stakes.

It was a breakthrough success for Sir Evelyn De Rothschild’s homebred, who saw off Magical by a length and a quarter. The five-year-old is by leading sire Sea The Stars and is out of the Mark Of Esteem mare Crystal Star, who has produced Canadian International winner Hillstar, Group 2 scorer Crystal Capella and the Listed-winning Crystal Zvezda.

Sir Michael Stoute was celebrating back-to-back successes in the 1m2f contest after Poet’s Word struck to claim a first Group 1 in 2018 before retiring to stand at Shadwell Stud.

De Rothschild was in the winner’s enclosure to great his star and said: “He’s very consistent. When you look at his record, he’s quite amazing. He can stay a mile and a half – don’t forget he was second in the 2017 St Leger.”

“Crystal Ocean is a high-class horse and I am delighted to have won a Group 1 with him,” Stoute said. “He is just a very admirable racehorse and it’s marvellous to train a Group 1 horse like this.

“I thought he ran very well in the Champion Stakes last year. He may be better over a mile and a half, but I felt he was a good horse over ten furlongs, and he proved that today.”

Dettori’s first success came in a pulsating start to the second day of the meeting when the Mark Johnston-trained Raffle Prize came with a late surge to deny Wesley Ward’s Kimari in the Group 2 Queen Mary Stakes.

Raffle Prize is out of the Group 3-winning Pivotal mare Summer Fete and her further family includes the stakes performers Up In Time, One Man Band and Zaman.

Johnston said: “Raffle Prize did it well today. People always ask you in the build-up to Royal Ascot about what your chances are at the meeting. However, you can never know your chance, particularly in these two-year-old races where most of the field are effectively maiden winners.

“Coming into Royal Ascot, we thought she deserved to be here, but you don’t know how good your horses are going to be in relation to the others.

“Frankie is certainly the greatest jockey riding in the world now. When you’re in a race like the Queen Mary and you see him sitting there looking relaxed and confident while tracking a Wesley Ward horse, there’s nobody better.”

Willoughby toughs it out

Dashing Willoughby capped off a tremendous couple of days for owners Mick and Janice Mariscotti to take the Group 2 Queen’s Vase under Oisin Murphy.

Lightly-raced, the three-year-old came into the contest off the back of a third-placed effort behind eventual Derby fifth Sir Dragonet in the Group 3 Chester Vase and clearly relished the step up to 1m6f.

A graduate of Meon Valley Stud’s famed nursery in Hampshire, Dashing Willoughby is out of the winning Dylan Thomas mare Miss Dashwood, herself a half-sister to dual Group 1 winner Speedy Boarding.

It was at the Tattersalls October Yearling Sale where Dashing Willoughby was offered through the ring, being snapped up by Balding for just 70,000gns. He is a son of Newsells Park Stud resident Nathaniel, who supplied a third top-level performer when Channel took out the Prix de Diane on Sunday and is bred on the same cross as that Classic-winning filly.

The Mariscottis success had come two days after selling impressive Epsom handicap winner Le Don De Vie for £520,000 to David Simcock at the Goffs London Sale on the eve of Royal Ascot on Monday.

Mick Mariscotti said: “This is indescribable. I wasn’t there on Derby day when we had our 50th winner – I was on a plane to Madrid to watch Spurs – but I’m delighted to be here today.

“The joys of days like today makes up for 100 days when it is not quite as good. This is our first Group winner and our first Royal Ascot winner. I cannot really describe how I feel, it’s fantastic.”

As for future plans for Dashing Willoughby, Balding indicated that the St Leger in September could be a likely target and said: “It looks the logical option. It’d be a tougher race than this, but I think he deserves to be heading in that direction now. He’s got a bit of talent this horse and we were pretty hopeful of a good race – the rain was certainly in his favour.

“He had a little hiccup on Saturday morning – he was very lame. He had a blood blister in his foot and our farrier Eugene Cullen and head lad Kevin Hunt worked through the night, and happily, he was right 24 hours later.

“It’s great for Mick and Janice as they’ve been great supporters of the stable.”

They had combined with Tuesday’s Listed Wolferton Stakes winner Addeybb and on Wednesday, trainer William Haggas and jockey Danny Tudhope were celebrating once again as Move Swiftly denied Rawdaa in the Group 2 Duke of Cambridge Stakes.

The John Gosden-trained Rawdaa looked to have hit the front at the perfect time but Tudhope was able to reel in the leader and take his number of winners at this year’s meeting to three. His other success came aboard Lord Glitters in Tuesday’s Group 1 Queen Anne Stakes.

Exactly ten years after Ghanaati carried Hamdan Al Maktoum’s silks to victory in the Coronation Cup, her son Afaak continued the family tradition of winning at Royal Ascot in a thrilling renewal of the Royal Hunt Cup.

Making his first start of the season for trainer Charlie Hills in the competitive mile handicap, Afaak had to dig deep to hold off the fast-finishing David Barron-trained Clon Coulis by a nose.

A Coolmore homebred out of the winning Invincible Spirit mare Remember You, Southern Hills is the first stakes winner for Gleneagles. Victorious himself in the 2015 St James’s Palace Stakes, Gleneagles boasts an outstanding family, being a brother to the Group 1 winners Marvellous and Happily. He is currently standing the 2019 breeding season at a fee of £30,000. 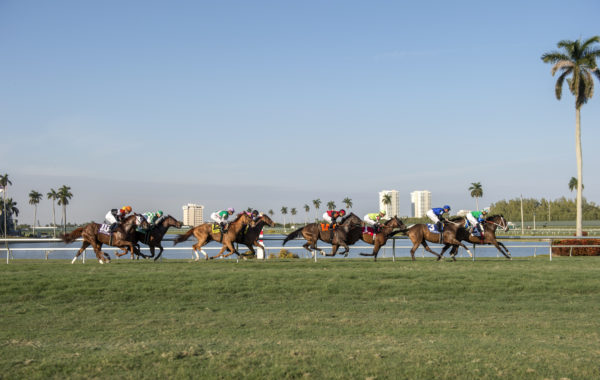 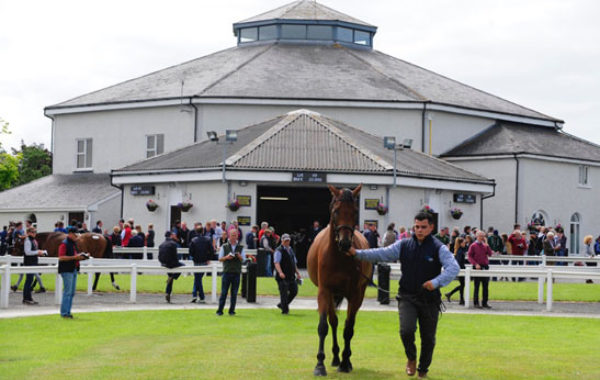 Derby and May Store Sale postponed 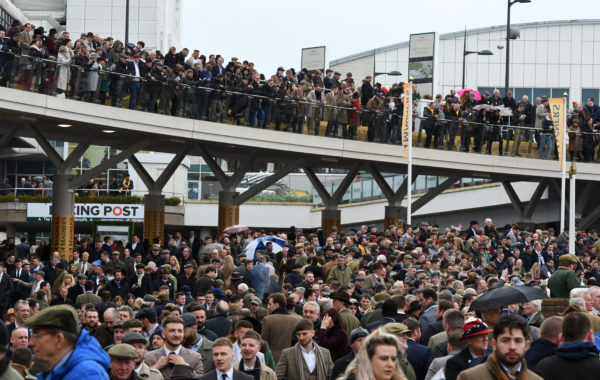 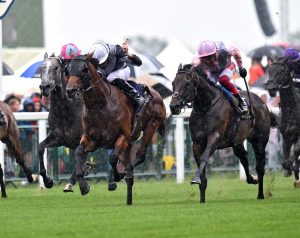 Up Next
Circus Maximus reigns supreme