Following the abandonment of the first day of Cheltenham’s November meeting, there are jumps cards from Newcastle and Southwell today.

Newcastle’s seven-race card includes the Veterans Handicap Chase (2m4f) and the Logico Chase (2m) with both contests worth £7,018 to the winner.

Rising star Ben Jones, who has ridden 21 winners this season, takes the ride on the Steve Flook-trained Flaming Charmer in the veterans’ chase. The 11-year-old will have to improve for his last run having been pulled up at Chepstow on his stable debut last month.

The field of six includes Sandy Forster’s Charlie Snow Angel, a previous winner at the course who finished third behind Ubaltique at Kelso earlier this month.

Harry Whittington and Gavin Sheehan combine with the Kate and Andrew Brooks-owned Simply The Betts in the Logico Chase. The six-year-old made a big impression at Chepstow this month when a decisive four and a half length winner on his chasing debut.

His opposition includes Brian Ellison’s The King Of May, the Jamie Snowden-trained Coole Well and James Ewart’s Empire De Maulde.

Over in Ireland, Dundalk stages an all-weather evening meeting. The Joseph O’Brien-trained two-year-old Bombshell, a No Nay Never half-sister to Group 1-placed juvenile Jash, is one to watch in the opening five-furlong maiden.

Saturday’s card at Cheltenham, which features the BetVictor Gold Cup, hinges on passing an inspection at 3pm today.

The BHA has now announced that this consultation will take place in 2020 and until it is completed, the current vaccination requirements for all horses on racecourse property will remain in place.

This follows a meeting of the European Horseracing Scientific Liaison Committee (EHSLC) in early October, where proposed changes were agreed by the committee after considering advice from a number of experts in equine infectious disease.

Other European racing jurisdictions will be carrying out similar consultations in 2020, with the aim of achieving harmonised vaccination requirements for racehorses across Europe.

The BHA will advise of the consultation process and timings in early 2020. 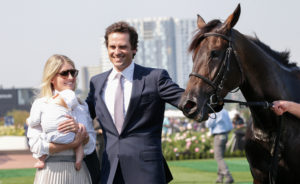 Up Next
Cumani making headlines