Present Man is bidding for his third win in the Badger Beers Silver Trophy and we spoke to his co-owner Mark Woodhouse to find out about the nine-year-old’s chances of recording a historic hat-trick at the Somerset track. You can read the piece here

Jumps meetings also come from Aintree, Kelso and Naas (Ireland) today while there is an all-weather fixture at Southwell.

Doncaster’s final fixture of the season, which featured the November Handicap, was abandoned on Friday after torrential rain left the track waterlogged.

Dual Group 1 winner Capri has been retired from racing and will take up stallion duties at Grange Stud, under Coolmore’s National Hunt banner, for the 2020 breeding season.

The son of Galileo won six races in his career including the Irish Derby and the St Leger as a three-year-old.

Stud manager Albert Sherwood said: “Capri is a fine big horse with a good head and a great walk. He was a very high-class two-year-old and defeated all the best middle-distance colts of his generation as a three-year-old before again showing high-class form at four.

“We couldn’t be more delighted that he’s coming to Grange.”

Il Paradiso, who was promoted to third by the stewards in the Melbourne Cup, will continue his career in Australia after Aziz Kheir led a consortium to acquire a controlling interest in the three-year-old.

He will now join Chris Waller having been previously trained by Aidan O’Brien for the Coolmore partners.

Kheir reached an agreement with the partners on Thursday and the deal was finalised on Friday after Il Paradiso was vetted. Coolmore will retain a share in the son of Galileo.

Speaking to racing.com, Kheir said: “It’s a privilege to be able to secure the colt and race him alongside Coolmore.

“He will be raced by partners who also raced Marmelo with me including my brother Victor, Phil Mehrten and John O’Neill.

“The four of us had an absolute blast racing Marmelo over the last three years, watching his races in Europe overnight and nearly completing three Melbourne Cup attempts if it wasn’t for the CT scan saga.

“Il Paradiso is a young horse, he’s only had nine starts and we hope to enjoy the next few years racing him, taking the baton over from Marmelo.” 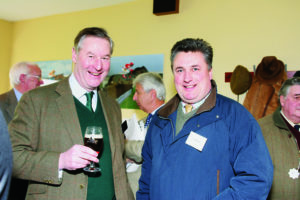 Up Next
Present Man's hat-trick bid