Magna Grecia to stand at Coolmore in 2020

This year’s 2,000 Guineas winner Magna Grecia has been retired from racing and will join Coolmore Stud’s roster for the 2020 breeding season. His fee will be announced at a later date.

Trained by Aidan O’Brien, Magna Grecia won three of his six starts and also struck at the highest level as a two-year-old when claiming the Vertem Futurity Trophy Stakes.

Coolmore’s Director of Sales David O’Loughlin said: “Magna Grecia is a top-class prospect by the sire of Kingman. He’s got the pedigree and the good looks and he beat so many good horses in both the Vertem Futurity and the 2,000 Guineas.”

Irish 2,000 Guineas hero Phoenix Of Spain has been retired to the Irish National Stud and will take up stallion duties in 2020.

The Irish National Stud announced in May of this year that they had acquired the stallion rights for the son of Lope De Vega, having negotiated a deal with the colt’s owners Ann Plummer and Tony Wechsler.

Cathal Beale, Chief Executive of the Irish National Stud, said: “When our team went to see Phoenix Of Spain, we all agreed he had the exceptional physical we had been looking for and we knew there and then he was the perfect fit for us.

“To then go on and win the first Classic at the new Curragh, on our doorstep, was fantastic. There will be a limited number of shares available in him and a fee will be announced shortly.”

Mabs Cross to be offered at December Mares Sale

Mabs Cross gained the biggest success of her career in last year’s Prix de l’Abbaye at Longchamp and she also finished second in the Group 1 Nunthorpe Stakes when beaten a nose by Alpha Delphini.

Owned and bred by David Armstrong, Mabs Cross will be consigned by her trainer Michael Dods and will be offered on the first day of the sale, December 3. 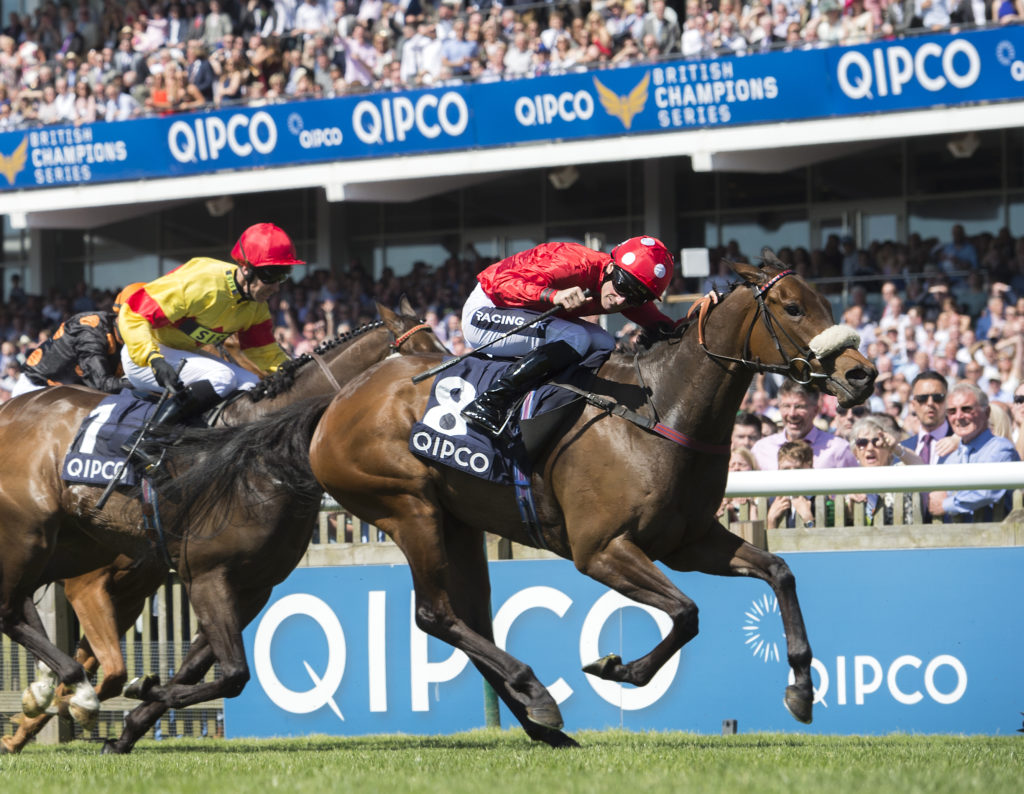 Another stakes winner for Night Of Thunder

Freshman sire Night Of Thunder continued the excellent start with his first crop of two-year-olds on Wednesday when the Roger Charlton-trained Pocket Square took the Group 3 Prix des Reservoirs at Deauville.

A homebred for Khalid Abdullah, Pocket Square is the fifth stakes winner for her sire alongside Group 2 scorer Night Colours, fellow Group 3 scorer Under The Stars, and the Listed-winning duo Molatham and Thunderous.

A mixed group of 191 lots will go under the hammer when the Goffs UK Autumn HIT Sale begins at 10am today.

Multiple Grade 2 winner Catalina Cruiser will take up stud duties at Lane’s End Farm once he has contested the Grade 1 Breeders’ Cup Sprint next month.

The son of Union Rags is undefeated this year and his fee for the 2020 breeding season will be set after the Breeders’ Cup.

Bill Farish of Lane’s End, speaking to BloodHorse, said: “Catalina Cruiser is the quintessential American dirt horse. He’s exactly what we’re looking for. Tough, with speed and the ability to carry to that speed.

“He reminds me of stallions like Quality Road, Twirling Candy and Liam’s Map. They all had tremendous speed and were classy enough to win graded stakes going two turns.”

There are jumps cards from Southwell, Carlisle, Ludlow and Thurles in Ireland today. Flat meetings come from Chelmsford (aw) and Wolverhampton (aw) while Meydan hosts a six-race card. 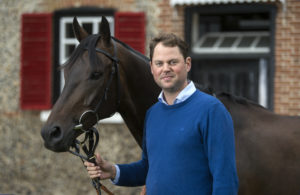 Up Next
Fellowes' Cup hopes boosted