By The Owner Breeder staff 23 September 2019

Aspetar breaks through at the highest level for Al Kazeem

Aspetar has proven to be a flagbearer for Oakgrove Stud stallion Al Kazeem and on Sunday the Roger Charlton-trained gelding pulled clear to land the Group 1 Preis von Europa at Cologne.

Jason Watson kept the four-year-old close to the pace and when the front-runner Royal Youmzain faded away, the pair made their move, going on to score by two and a half lengths from Amorella.

A homebred for Sheikh Mohammed bin Khalifa Al Thani, Aspetar is the first Group 1 winner supplied by the sub-fertile Al Kazeem and stems from the stallion’s small first crop when he stood at The Royal Studs in 2014.

Al Kazeem was the subject of an insurance claim and was bought back by his former owner John Deer to go back into training in 2014. He retired to his birthplace at Oakgrove Stud after taking a fourth Group 1 in the Tattersalls Gold Cup in 2015.

Philip Wilkins’ star filly Liberty Beach will not contest Saturday’s Group 1 Cheveley Park Stakes after meeting with a setback. She will now be put away for the rest of the season.

Liberty Beach, who took the Listed Chasemore Dragon Stakes and the Group 3 Molecomb Stakes earlier this season, will now miss facing her Group 2 Lowther Stakes conqueror Living In The Past.

Speaking to the Racing Post, Liberty Beach’s trainer John Quinn said: “She won’t run in the Cheveley Park and she’s finished for the year. She worked very well on Wednesday, we were very pleased with her, then she was stiff behind on Thursday.

“She’s pulled some muscles in her hind quarters. She needs an easy three weeks and we haven’t got three weeks. This was the only race we had in mind for her. That’s the way it goes but it’s not serious and there is next year for her.”

Robert Havlin made a successful trip to Bro Park in Sweden on Sunday when he partnered the Niels Petersen-trained Square De Luynes to an impressive seven-length victory in the Group 3 Stockholm Cup.

Having been handed a wide draw, Havlin took Square De Luynes to the front swiftly and had last year’s second Crowned Eagle, ridden by Luke Morris, for close company.

They were no match for Havlin and Square De Luynes and their success was a sixth victory in the 1m4f contest for trainer Petersen.

There is Flat racing today at Leicester, Hamilton and Kempton (aw) while Warwick hosts a six-race jumps card.

Over in Ireland, Flat racing returns to Fairyhouse with eight races. The Listed Blenheim Stakes (6f) for juveniles is the feature race of the meeting.

Seven runners will go to post and British interest comes from the Tom Dascombe-trained Sir Boris, the winner of two 6f races at Nottingham last month. The son of Due Diligence was last seen finishing fourth behind Platinum Star in the Listed Ripon Champion Two Year Old Trophy Stakes.

While she may still be a maiden, the Ger Lyons-trained Soul Search finished a fine fourth in the Group 1 Moyglare Stud Stakes and the drop down in class could help her gain the first win of her career. 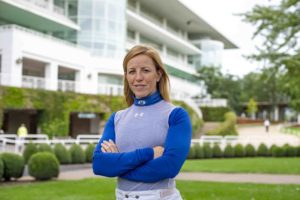