Having returned to the track in 2019 following a failed stud career, St James’s Palace Stakes scorer Barney Roy makes his first start of the year in the Group 2 Al Rashidiya (1m1f) at Meydan today.

The field is completed by Majestic Mambo, Light The Lights and Sharpalo.

Over in Britain and Ireland there are jumps cards from Wincanton, Ffos Las and Limerick while there is all-weather racing from Chelmsford and Southwell.

Dual Grand National winner Tiger Roll heads a list of 105 horses that have been entered for Aintree’s marathon event in April.

The ten-year-old will bid to equal Red Rum’s trio of victories in the race between 1973 and 1977.

Trained by Gordon Elliott for Gigginstown House Stud, Tiger Roll is one of 18 entrants for the Irish handler, while 2018 Cheltenham Gold Cup winner Native River is another eye-catching contender in the long list.

The 2020 sales season begins for Tattersalls in Newmarket today with the two-day February Sale.

Featuring a mixed catalogue of 300 lots, there are drafts from Godolphin, Juddmonte and Shadwell, which offer buyers the chance to buy into some fantastic bloodlines. 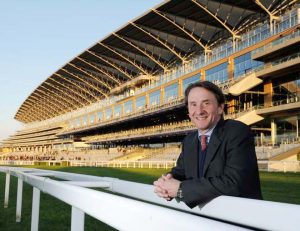