Staying will be the name of the game in the Watt Fences North Yorkshire Grand National at Catterick today.

Eight runners go to post for the 3m6f contest, worth £14,389 to the winner, and the forecast good ground could play to the strengths of the Peter Niven-trained Brian Boranha, who is back to the same mark as when successful in the Durham National at Sedgefield in October 2018.

Bryony Frost will be hoping to get a tune out of veteran Milansbar, on whom she landed the Classic Chase at Warwick two years ago, while Little Bruce looks a progressive staying chaser for the Philip Kirby stable.

At Chelmsford, Godolphin homebred Bright Melody will make his debut when he contests the 1m2f novice stakes that closes the Essex track’s card.

Trained by Charlie Appleby, Bright Melody is by Darley’s flagship sire Dubawi and is out of the Street Cry mare Lyric Of Light, who secured the biggest victory of her career when winning the Group 1 Fillies’ Mile in 2011.

Lyric Of Light has already produced the winning pair Pop Song and Light Spirit, both of whom are by New Approach.

Bright Melody will encounter seven rivals in the contest including his Charlie Appleby-trained stablemate Royal Castle, also by Dubawi, and Arabian Moon, who hit the frame in all of his five starts last year.

Newcastle stages an all-weather meeting today while there is a jumps fixture at Clonmel (Ireland). Leicester’s NH card will have to pass an 8am inspection to go ahead.

The Saeed bin Suroor-trained Benbatl is one of the star names appearing on Meydan’s card today.

Winner of three Group 1s, Benbatl returns to action in the Group 2 Singspiel Stakes (1m1f), a race he won in 2018. His toughest opponent looks to be stable companion Dream Castle, winner of the contest last year.

Eight runners turn out for the Group 2 Al Maktoum Challenge R1 (1m) and Muntazah, one of three runners for trainer Doug Watson, could make a bold bid from stall one.

Willie Mullins’ charge is joined in the entries by 2018 winner Native River and Sizing John, who took the 2017 renewal. 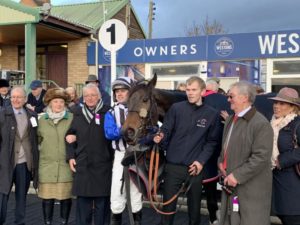 Up Next
ROA Racedays return in 2020