Ireland to showcase its stars
News

The colt, who is by Oppenheimer’s homebred Derby and Prix de l’Arc de Triomphe hero Golden Horn, is from the family of outstanding broodmare Urban Sea, the dam who has gone on to forge an incredible legacy through her sons Galileo and Sea The Stars.

Unsighted as a two-year-old, Blow Your Horn is one of two debutants, the other being the Jason Ward-trained Tamoshanter Kid.

The opposition includes Tomorrow’s Dream, who justified favouritism to win at Wolverhampton on her second start last month.

The British Horseracing Authority revealed on Tuesday the finalists for this year’s edition of the Godolphin Stud and Stable Staff Awards.

A total of 203 nominations were whittled down to a shortlist of ten in each category last month, with the three finalists now revealed for each of the six awards.

The finalists will head to London on February 24 when they will be interviewed face-to-face by the judges, who will then decide the winners and runners-up. The results will be revealed later that evening at The Underglobe on London’s South Bank.

Nominees and their employers listed by category are as follows:

First foal for US Navy Flag

July Cup hero US Navy Flag sired his first foal on January 2 when Aidan and Annemarie O’Brien’s mare Far Fetched produced a filly by the son of War front.

Aidan O’Brien said: “[She’s] a smashing filly with a lovely head and she is very much in the mould of her sire. It’s great to have such a good foal out of a maiden mare.”

A Fastnet Rock half-sister to stakes winner Arya Tara, Far Fetched is from the family of Group 1 winners Azamour, Astarabad and The Autumn Sun. 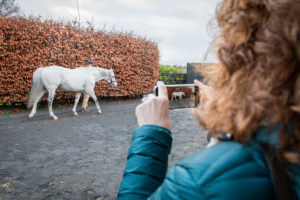 Up Next
Ireland to showcase its stars