A field of eight will line up for the contest including the Colin Tizzard-trained Ultragold. The dual Topham winner will be looking to recapture his best form and improve on his seventh-placed effort in the Becher Chase last month.

The Philip Rowley-trained Wishing And Hoping will look to use his three wins in the point-to-point sphere as a springboard to succeeding in his first start in a hunter chase. Captain Cattistock, trained by Paul Nicholls, makes his hunter chase debut for owner-jockey David Maxwell.

Six in Japan for Murphy

Oisin Murphy continued his successful stint in Japan on Monday when he partnered six winners from 11 rides on Nakayama’s card. The six-timer comes hot on the heels of a double recorded at the same track on Sunday.

He guided the Sakae Kunieda-trained Succession to victory in the feature race, the Listed Junior Cup, as well as winning aboard American Face, Tokai Etoile, Hiraboku Queen, Satono Unison and Lilac Colour.

Murphy’s most high-profile success came in November when he struck in the Grade 1 Japan Cup aboard Suave Richard. 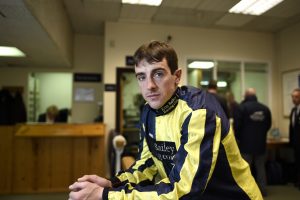