Hereford stages it last meeting of 2019 today with a seven-race card while there are all-weather fixtures from Southwell and Wolverhampton.

Exeter’s meeting is subject to a precautionary inspection at 8am this morning due to the threat of heavy rain overnight.

The Tote returns to Chester and Bangor

Following an eight-year absence, the Tote will return to Chester and Bangor in 2020 after the UK Tote Group and Chester announced they had agreed a four-year partnership on Wednesday.

The deal will also see the Tote become sponsor of the Chester Cup and be the on-course betting service for both racecourses.

UK Tote Group Chief Executive Alex Frost said: “We are delighted to be working Chester Race Company to ensure pool betting is once again available to the quarter of a million people who visit Chester and Bangor racecourses every year.

“I would like to thank Richard [Thomas] and his team for the forward-thinking and dynamic way that they have approached our new partnership.

“We look forward to once again seeing the Tote sponsoring the historic Chester Cup and further developing the ways in which the Tote can support and promote racing at Chester and Bangor racecourses.”

The British Horseracing Authority and Horse Racing Ireland will conduct a four-week trial of non-standard race times in February.

In order to ease race congestion on busier days and avoid clashes, certain meetings in the month will undertake the trial, on days when there are four or more meetings staged concurrently in Britain and Ireland.

Richard Wayman, Chief Operating Officer at the BHA, said: “Working closely with our colleagues in Ireland and other partners across the sport, we are always looking for ways to improve our scheduling of races to benefit racing’s customers. The impacts, both positive and negative, of non-standard race times will only be known once the initiative is trialled.

“The hope is that they allow for a more even spread of races without requiring longer intervals between races, and potentially fewer clashes or delays. However, we’ll be taking feedback from all parties before deciding whether to make the trial permanent.” 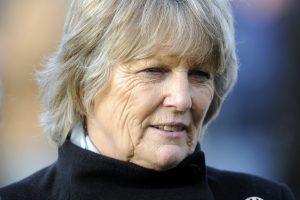