The two-year-olds take centre stage at Sandown today with the Group 3 Solario Stakes the highlight of a seven-race card at the Esher track.

Six runners go to post for the seven-furlong contest and they have plenty to live up to. Last year’s renewal went to Too Darn Hot, champion juvenile and dual Group 1 winner this year, while the 2017 running was won by subsequent Derby hero Masar.

Qatar Racing recently suffered the devastating loss of Roaring Lion at stud in New Zealand and run Kameko, impressive on debut over course and distance in July. Like the late Roaring Lion, Kameko is a son of US-based stallion Kittens’ Joy purchased at Keeneland. 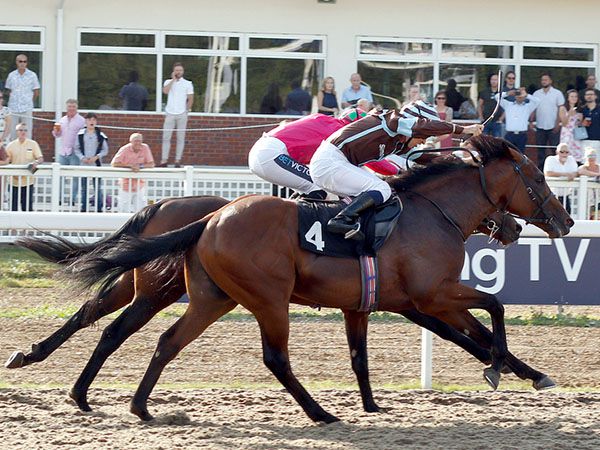 The field is completed by dual all-weather winner Hector Loza, trained by Simon Dow. You can read the trainer’s thoughts about his runner here: bit.ly/2ZujG60

It’s all about the sprinters in the north with the Beverley Bullet over the flying five furlongs the centrepiece at the Yorkshire track.

Copper Knight had his work cut out against Battaash in the Group 1 Nunthorpe Stakes at York and should appreciate these calmer waters for the Tim Easterby stable.

Michael Dods is an excellent trainer of sprinters and his two runners are five-year-old mare Intense Romance and improving four-year-old filly Queen’s Gift.

British raiders make up six of the eight-runner field in the Group 3 Prix d’Arenberg for two-year-olds at Chantilly today. Hot To Trot Racing’s Hand On My Heart, an impressive winner on debut at Windsor before running unplaced in the Molecomb Stakes at Goodwood, could give jockey Hector Crouch his best day in the saddle yet.

The Kingsclere stable of Andrew Balding sends two runners to Baden-Baden in Germany for its Pattern races today.

The Grade 1 Woodward Stakes is the highlight at Saratoga later. Yoshida, fifth behind Accidental Agent in the 2018 Queen Anne Stakes at Royal Ascot, looks set to go off favourite in the nine-furlong dirt event.

Following the new top price yearling sold at the Goffs UK Premier Sale, another record was broken at the BBAG Sale at Baden-Baden in Germany on Friday.

Godolphin spent €820,000 on a Sea The Stars filly out of Listed-placed Anna Mia. 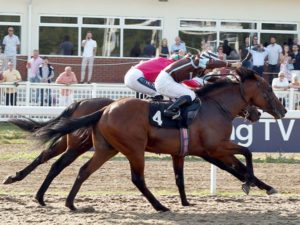 Up Next
Dow dreaming of Solario glory