Known for his toughness as a racehorse and his quirkiness as a stallion Midnight Legend – one of Britain’s most popular National Hunt sires – was euthanised on Monday at the age of 25, after contracting colic at his home at Pitchall Stud in Warwickshire.

A son of Night Shift, his racing career was an intriguing one. He first started out for Luca Cumani on the flat where he progressed into a fair stayer, with his finest moment coming in the King George V Stakes at Royal Ascot in 1994 under jockey Jason Weaver.

Three years on from that victory, Midnight Legend was sold to self-made millionaire Sir Stanley Clarke, who decided to make use of his stamina on the flat and sent him over obstacles.

Under the tutelage of trainer David Nicholson, he scored on just his second start over hurdles in a maiden hurdle at Wincanton for current champion jockey, Richard Johnson. He surprisingly remained a colt and was not gelded, a decision connections made with a view to the future.

The duo went on to record back-to-back wins in Grade 2 company, the first coming at Aintree followed by success in Punchestown’s Champion Novice Hurdle. Tony Dobbin got the leg up in the 1999 Champion Hurdle in what was his second last race in public, but couldn’t match the mighty Istabraq who stamped his class on the race for a second time.

Upon retirement, Midnight Legend began his new career at Conkwell Grange Stud near Bath but in 2001 was brought by David and Kathleen Holmes at Pitchall Stud in Warwickshire, a couple immersed in the breeding game since the 70’s.

Despite at first covering a lower grade of mare, Midnight Legend soon proved himself to be better than average and was subsequently entrusted with a higher class of mare, which has led to the likes of the Henry De Bromhead-trained Sizing John, a Grade 1-winner in Ireland.

Like his father, the Anna and Alan Potts-owned six-year-old landed the Champion Novice Hurdle at Punchestown, and since then has finished a creditable second in the Arkle Challenge at the Cheltenham Festival.

Holmwood Legend became his first Cheltenham Festival winner after his triumph in the 2011 Byrne Group Plate, a breakthrough success for his sire in what was also an emotional win for trainer Patrick Rodford and jockey Kieran Burke.

His two highest rated horses based on current standings are Midnight Chase and Seeyouatmidnight. The former trained by Neil Mulholland proved himself a tough, strong-staying sort who put up a bold display in the 2012 running of the Cheltenham Gold Cup behind the ill-fated Synchronised.

His passing has not been easy to handle for the Holmes, who coincidentally lost one of their leading stallions Bonny Scot on the same day 15 years ago, also in unexpected fashion.

“The day before he was bouncing around being his usual self,” said Kathleen Holmes.

“He never ever in his life had a day’s illness, he’s always eaten every single grain of feed he’s ever had. I put his feed in the trough and he just looked at it, sniffed at it and walked away.”

Midnight Legend’s popularity has been nothing short of remarkable. His tough and battle-hardened nature on the racecourse no doubt acted as a major draw on racing fans around the country.

We’ve had an unprecedented amount of emails, texts and phone calls from people we don’t even know

“We’ve had an unprecedented amount of emails, texts and phone calls from people we don’t even know. We always said he put us on the map but I hadn’t realised to what extent.

“He was an absolute gentleman in every way. He was a bit of a devil when it came to his day job as he would never cover two mares the same. He would wine and dine one, occasionally jump and get straight on another, or sometimes refuse to cover one.”

His legacy will continue not only through the plethora of offspring still in training, but through his daughters who have proven to be accomplished broodmares. His daughter Barton May has already produced an outstanding type in the shape of Carole’s Destrier. The eight-year-old gelding has picked up valuable prizes in big handicaps at both Ascot and Sandown so far.

As one chapter ends at Pitchall Stud a new one begins as the former Andrew Balding-trained Group winner Passing Glance, makes giant strides as a stallion. Side Glance gave him his first Group 1 victory as a sire when he won the Mackinnon Stakes at Flemington in November 2013. 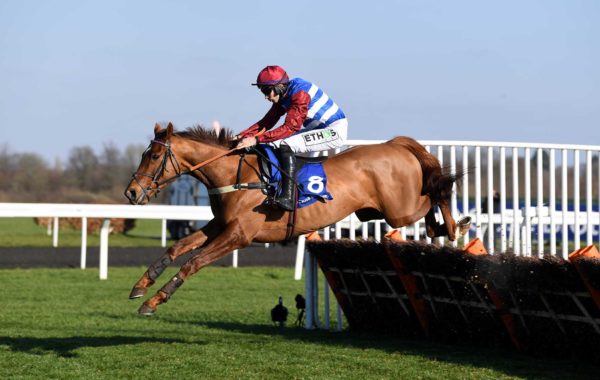 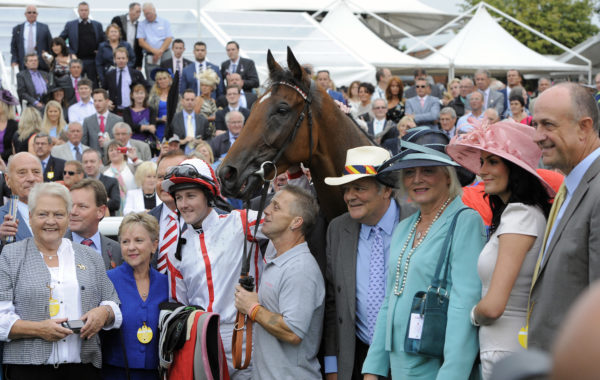 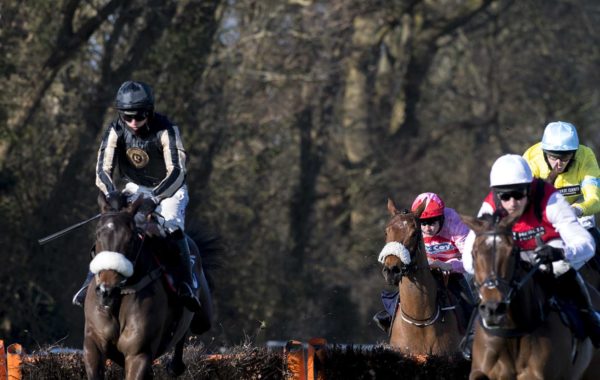 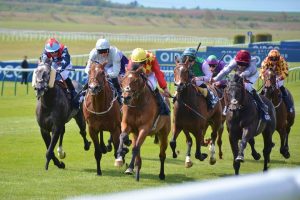