Once again, Tattersalls’ February Sale, the first bloodstock auction of the year in Newmarket, will be preceded by the TBA Stallion Parade, which takes place at 10am on Thursday, February 2 at Park Paddocks.

A bumper cast for this year’s event includes eleven Group 1 winners, four of whom are also Classic winners, representing new faces to the ranks alongside some tried-and-tested favourites.

Fifteen stallions in total will be parading, including second-season sire and 2,000 Guineas winner Makfi, a son of Dubawi who has just returned from a shuttle season in New Zealand to his UK home at Tweenhills Stud. Also recently returned from the southern hemisphere is Whitsbury Manor Stud’s Showcasing, who is another about to embark on his second season at stud in Britain.

Other stallions making the journey to Newmarket from farther afield are Irish 2,000 Guineas winner Indian Haven, now resident at Withyslade Farm in Wiltshire; crack sprinter Prime Defender, who is a new recruit to Hedgemolme Stud in County Durham; the Coventry Stakes winner Hellvelyn from Bucklands Farm and Stud in Gloucestershire, and Shropshire-based Captain Gerrard, another speedy individual and a member of Mickley Stud’s dual-purpose roster.

Newsells Park Stud will be parading its two stallions: Mount Nelson, who has his first runners in 2012, and the dual Royal Ascot-winning sprinter Equiano, whose first foals are eagerly awaited.

Of the ‘home team’ in Newmarket, early arrivals at Tattersalls can expect to see the Lanwades duo of Archipenko and Aussie Rules, who is standing his first season in Britain in 2012, along with dual Classic winner Cockney Rebel and his fellow National Stud resident, the recent retiree, Dick Turpin.

Cheveley Park Stud stands the champion first-season sire of 2011, Dutch Art, and will be hoping for more of the same from Virtual when his first runners take to the track next season. In the meantime, the son of Pivotal will parade at Tattersalls, where some of his first-crop yearlings will be for sale later in the year.

Already off to a good start with his first runners is Notnowcato, who enjoyed a decent strike rate last season. Stanley House Stud’s treble Group 1 winner will appear along with a fellow Juddmonte International winner Sakhee, the Shadwell homebred who is also a Group 1 sire.

TBA Chief Executive Louise Kemble said: “We are delighted to be able to facilitate this service for breeders and to have so many first-rate stallions in one place at the same time is very useful, especially in the middle of the busy foaling season.

“It’s great to see so many of the stallion studs supporting this event. We are very grateful to them all, and to Tattersalls for allowing us this opportunity once again.” 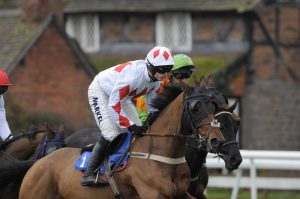 Up Next
Rejuvenated Marodima still blazing