Tasleet swallows up the opposition

Dreary scenes on the Knavesmire did not inconvenience the William Haggas-trained Tasleet, who ran away with the feature on day one of York’s Dante meeting, the Group 2 Duke Of York Clipper Logistics Stakes.

Encountering soft conditions for the first time, the four-year-old was one of the slowest away from the stalls and was settled towards the rear in the hands of Jim Crowley.

Godolphin’s Comicas struck the front two furlongs out as the race took shape. Champions Sprint winner, The Tin Man, made a bid towards the far-side, all the while Tasleet made eye-catching headway travelling kindly.

Crowley found a gap between Comicas and The Tin Man over a furlong out and the colt quickened clear to win at the post by two and a half lengths.

In his new role as retained rider to Sheikh Hamdam Al Maktoum, this registers as his most significant victory for his boss so far.

“It’s the first time I’ve ridden him and we weren’t really sure if he would go on the ground,” reflected Crowley.

“He’s loved it and my only real concern came when they couldn’t get out of my way. I was struggling for a bit of room but when I switched him and got a run he took off.”

A son of Showcasing, who finished second in this very race in 2010, Tasleet adds to his Greenham Stakes victory achieved last year.

“He has to run in stakes races now because we’ve got to make a man of him and try and make a stallion of him and he seemed to revel in that ground.

“He had a real bad injury to a hind ankle which took a hell of a long time to clear up. I always fancied coming back to six furlongs.”

Later in the afternoon, the John Gosden-trained Shutter Speed confirmed her prohibitive odds by landing the Group 3 Tattersalls Musidora Stakes.

Although keen in the early stages, the daughter of Dansili picked up well in the final two furlongs and was pushed out by Frankie Dettori to score by just under two lengths. 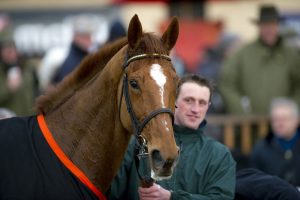 Up Next
Super Annie is retired