Former RSA Chase winner Champ made a triumphant return over hurdles at Ascot on Saturday with a tenacious victory in the Long Walk Hurdle to hand jockey Jonjo O’Neill a first Grade 1 success.

Jumping had been a major issue for Champ when last seen running as a 13/2 shot in the Cheltenham Gold Cup, in which he had been pulled up before the seventh. Back over hurdles on this occasion, however, and the gelding was quick to settle into a good rhythm under Jonjo O’Neill, his strong travelling style allowing him to assume a good early position just behind the leaders.

Champ was still taking a hold behind Ronald Pump as the field sailed over three out and looked set for a clear-cut victory as he took command turning for home. However, the strong stayers Thyme Hill and Paisley Park were just finding their second winds and as Champ and Thyme Hill took the last together, O’Neill had to call on all of his mount’s reserves to fend off that rival for a length-and-three-quarter score. Paisley Park was another three-and-a-half lengths away in third.

It was a third Grade 1 success over hurdles for the King’s Theatre gelding, who had previously struck twice at the highest level as a novice. However, trainer Nicky Henderson was in no rush to confirm whether Champ will remain over the smaller obstacles for now or tackle fences again.

“It’s been a very strange few hours since ten yesterday morning since Buzz was cruelly knocked out,”  said the trainer, alluding to the serious pelvic injury suffered on Friday morning by that exciting hurdler in preparation for Saturday’s race. “The point of Champ coming back here really was as a confidence booster. He’s had a bad time, things haven’t gone right and we’ve had to correct a few things.

“But this was meant to be about Buzz and whether he stayed three miles, and then up popped our friend here. For Champ, it seemed the logical thing to come back over hurdles because there literally isn’t a chase to run him in. He has to go left-handed over fences – it doesn’t matter over hurdles because as we saw there, he can go either way. So this was just to give him a run over hurdles for his own good and confidence.

“He was tanking the whole way through that. Then having tanked so hard, and first time out, he showed the fight of a lion to go and win as well. He’s a horse everyone loves and is a real favourite.

“There’s no rush to make a decision [on his immediate future] as it could go both ways. He could go back over fences or you could say just concentrate on the Stayer’s Hurdle. All options are open, and it’s just lovely to see him back where he belongs.” 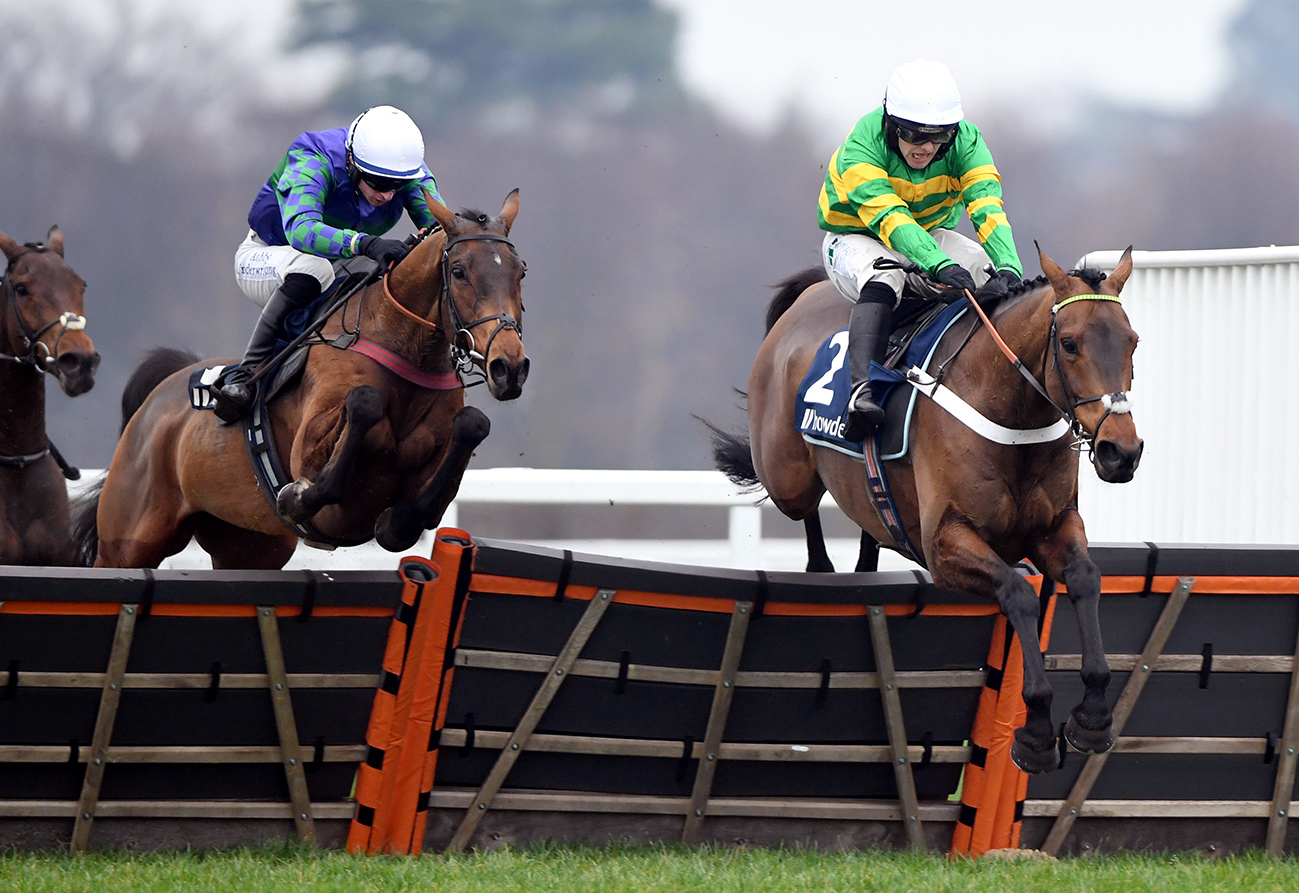 For O’Neill, it was certainly a victory to remember, as he told ITV Racing. “Its my first Grade 1,” he said. “I’ll remember this one. As a young boy, all I wanted to do was ride a Grade 1 winner at Ascot – Nicky Henderson, J P McManus and a horse called Champ – it doesn’t get much better than that.

“I had Keith Donoghue [on eventual fifth Ronald Pump] in front of me all the way and the one thing Nicky had said ‘was don’t disappoint him’, so I didn’t want to bring him back too much. But I was still in front too soon. He’s won a RSA and he has very good stamina, so when Tom O’Brien [on Thyme Hill] came to me, he went again.”

Now the winner of ten of 16 starts, Champ was bred in Ireland by Philip and Mrs Jane Myerscough out of China Sky, a Definite Article half-sister to the brilliant triple Gold Cup hero Best Mate. 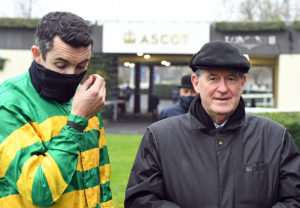 Up Next
Jonbon impresses in Kennel Gate victory