Stradivarius to stay in training

Fan favourite Stradivarius is to stay in training for another season, connections revealed on Tuesday.

There had been speculation that the outstanding stayer would be retired but following a discussion with trainers John and Thady Gosden, owner Bjorn Nielsen confirmed that Stradivarius is to remain in training as an eight-year-old, where matching Yeats’ achievement of winning four Ascot Gold Cups will be high on the agenda.

“He’s still training as he did four years ago so we’re happy to race on,” Nielsen told sportinglife.com. “We’re looking forward to it.”

The owner added that Stradivarius could reappear in either the Sagaro Stakes at Ascot or the Yorkshire Cup at York prior to the Ascot Gold Cup.

While Stradivarius has enjoyed another excellent season highlighted by victories in the Lonsdale Stakes and Doncaster Cup, he wasn’t quite as dominant as in previous years. Indeed, the son of Sea The Stars heads into winter quarters having been beaten by Trueshan in his most recent starts, the Prix du Cadran and the Long Distance Cup on Champions Day.

Overall, he boasts 19 wins in 32 starts for earnings of approximately £3.2 million. 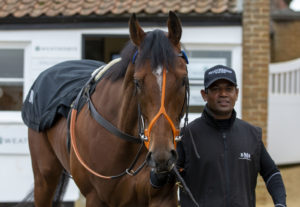