State Of Rest strikes in Prince Of Wales’s Stakes

Having already captured top-level contests in America, Australia and France, State Of Rest added Britain to his Group 1 tally when coming home a decisive winner of the Prince Of Wales’s Stakes under a superb front-running ride from Shane Crosse.

With a lack of pace in the ten-furlong contest, Crosse sent State Of Rest forward, tracked by Japanese challenger Shahryar, favourite Bay Bridge and Grand Glory, with Lord North always playing catch up having fluffed the start when his blindfold was removed late by Frankie Dettori.

Crosse gradually wound things up from the front and while Bay Bridge emerged as the chief threat inside the final two furlongs, he never looked like catching State Of Rest, who crossed the line a length in front, with Grand Glory two-and-a-quarter lengths further back in third.

It was a first Royal Ascot triumph for the jockey and also for trainer Joseph O’Brien, who trains the four-year-old colt for the State Of Rest Partnership.

O’Brien said: “It was a brilliant ride – he grabbed the race by the scruff of the neck. He’s a very tough horse. We had a good chat and decided we would try and make the running. It couldn’t have worked out better. Shane got the fractions perfect.

“It’s very special. It’s been a long time coming. We’ve had plenty of horses run very well here and it’s very special to get a winner for special owners.

“He’s proved himself a high-class horse – he’s very versatile. I take the blame the last day when we didn’t make enough use of him. We knew coming here today we had a live chance to win the race. I’m just delighted that the horse has proved himself.

“We have a big team at home and I’m proud of all of them. This is what it’s all about. We’re born and bred into the game and to have a big winner in a race like the Prince of Wales’s is what we do it for.” 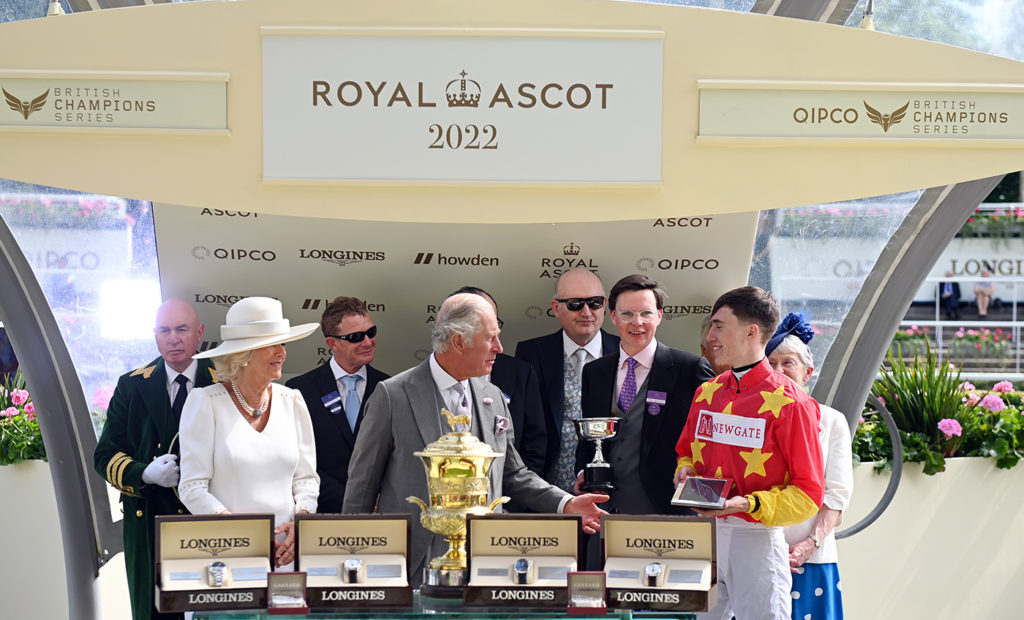 The State Of Rest team receive their prizes from Prince Charles and the Duchess of Cornwall | Photo: Bill Selwyn

The Jane Chapple-Hyam-trained Saffron Beach proved far too good for six opponents in the Group 2 Duke Of Cambridge Stakes (1m), despite carrying a 5lb penalty having triumphed at Group 1 level last year.

William Buick kept things simple on the daughter of New Bay, tracking pace-setting German raider Novemba, kicking on at the two-furlong marker and keeping Saffron Beach up to her work inside the final furlong to record an easy three-and-a-half length success over outsider Timeless Beauty.

The result proved a tonic for James Wigan, joint-owner of Saffron Beach with the Sangster family, having watched his homebred colt Bay Bridge denied by State Of Rest in the Prince Of Wales’s Stakes.

Chapple-Hyam said: “I watched it with a real pro, David Loder, and he just kept saying, ‘So easy, so easy’, which gave me confidence. I was confident but you’re always worried about that 5lb penalty.

“She is good. We go the work into her for today. I presume it will be the Prix Rothschild, Sun Chariot and maybe the Breeders’ Cup, but I’ll leave it to the owners.” 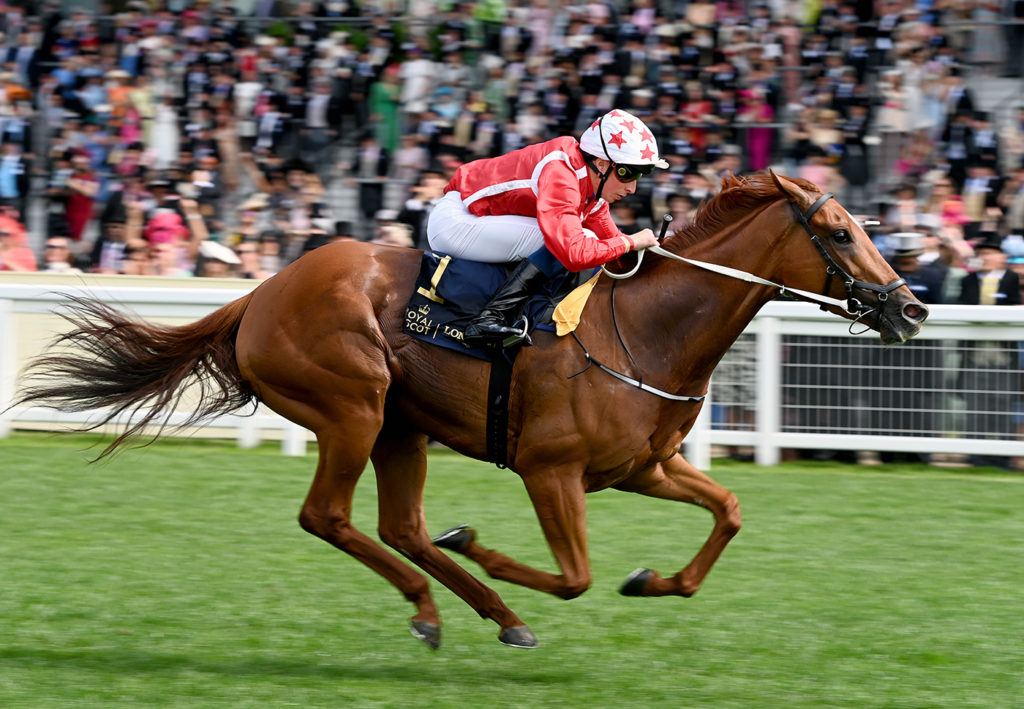 The afternoon’s action got underway with the Group 2 Queen Mary Stakes and the five-furlong dash for two-year-old fillies saw the Karl Burke-trained Dramatised justify favouritism under Danny Tudhope, who was enjoying a Royal Ascot treble having ridden the final two winners on Tuesday.

Dramatised, a daughter of Showcasing who made a winning debut at Newmarket in April, races for her owner-breeder Steve Parkin under the Clipper Logistics banner and proved too good for Maylandsea and Maria Branwell.

Eldar Eldarov made it three from three when enjoying the step to a mile and six furlongs in the Group 2 Queen’s Vase.

The three-year-old son of Dubawi, trained by Roger Varian for KHK Racing Ltd, came from well off the pace under David Egan to collar Zechariah and Colin Keane right on the line, the official winning margin being a nose, with Hafit a neck further away in third place.

Australian ace James McDonald, still on cloud nine after partnering Nature Strip to a blistering success in the King’s Stand Stakes on the opening day, was back in the Royal Ascot winner’s enclosure on Wednesday when winning the big mile handicap, the Royal Hunt Cup, on Dark Shift for the Charlie Hills stable.

Short odds he may have been – especially for a 24-runner race – but two-year-old Little Big Bear did what the betting suggested he would as the son of No Nay Never captured the Listed Windsor Castle Stakes (5f) under Ryan Moore for the Coolmore partners and Aidan O’Brien, defeating Rocket Rodney by a neck. 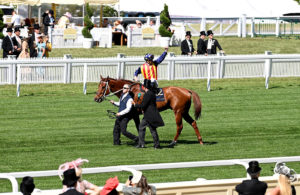