A regular visitor to the Tattersalls October Yearling Sale over the years, owner Alan Spence is looking forward to contesting Group 1s at Newmarket on Friday and Saturday with stock he has sourced from the renowned auction.

Fillies’ Mile contender West End Girl, trained by Mark Johnston, was a 95,000gns purchase at Book 2 last year. Bred by Car Colston Hall Stud, the filly is out of the winning Dansili mare Free Rein, herself a half-sister to top sprinter Reckless Abandon.

She is a member of four-time Group 1 winner Golden Horn’s debut crop of two-year-olds that hit the track this year and was her sire’s very first winner when she scored on debut at Haydock in July.

West End Girl has since added the Group 3 Sweet Solera Stakes and Spence is hopeful of the two-year-old running a good race in tomorrow’s contest, her eight rivals including Roger Charlton’s exciting Quadrilateral and Jessica Harrington’s unbeaten Cayenne Pepper.

Spence said: “Hopefully she’ll run a good race on Friday, and we’ll go for the 1,000 Guineas if she does run well. If she doesn’t run well and is beaten a long way, we’ll go back to the drawing board!

“Deirdre Johnston, who rode West End Girl at the weekend, said that she’s definitely getting stronger.”

On Saturday, the Clive Cox-trained Positive will line up in the Dewhurst Stakes against the unbeaten Pinatubo, who beat Spence’s youngster by five lengths in the Group 2 Vintage Stakes at Goodwood in July. 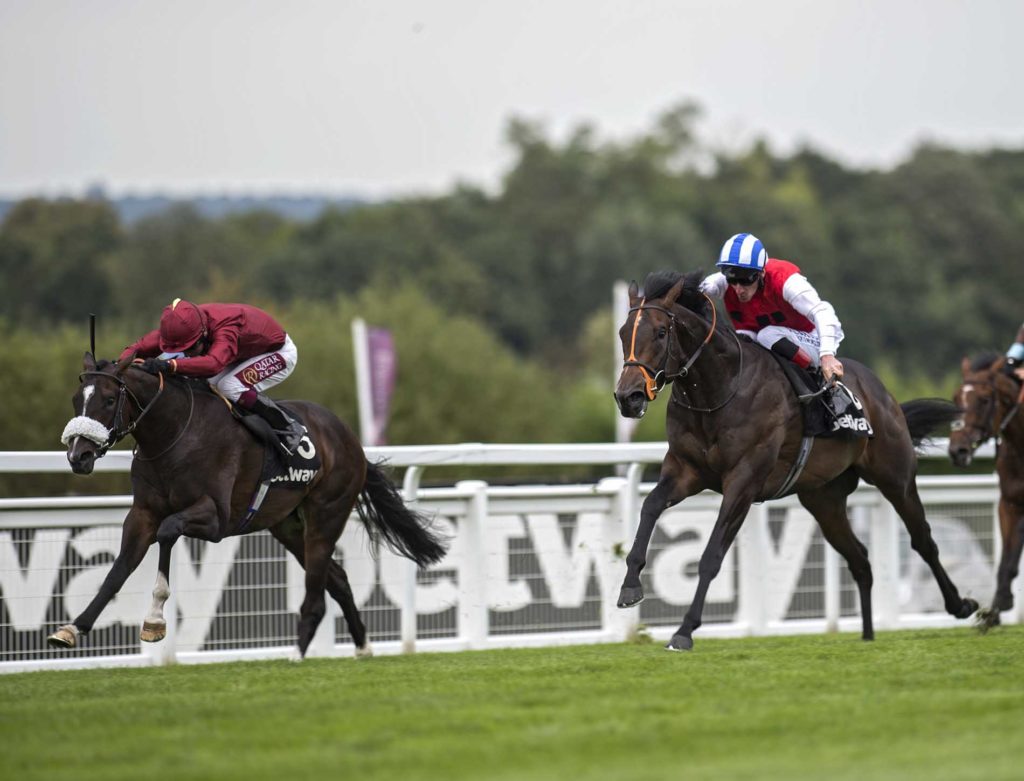 Positive bounced back from that defeat when he just held on from Kameko to take the Group 3 Solario Stakes in August. A product of Cheveley Park Stud, Positive is by Dutch Art out of the Makfi mare Osipova.

Like West End Girl, Positive was sourced from Book 2 of the Tattersalls October Yearling Sale, for 55,000gns.

On the prospect of facing Pinatubo again, Spence said: “We’re running to win but if he gets placed we’ll be delighted. We’re not going to beat Pinatubo but if we do come second or third there’s good prize-money.”

Spence has been on hand at Book 1 with his son Mike to search the catalogue for future stars and revealed that they have struck in the ring for two lots by Muhaarar, the sire of their juvenile filly Star In The Making, a winner at Salisbury last month.

“People have given up on him I think – he’s only a first-season sire,” said Spence. “He’s producing good stock and they look like they are going to stay a bit further than he did, so next year will be key for them.”

Asked what it is he looks for when making purchases at the sales, Spence replied: “Winners! A couple of fillies and colts is what we’re after. We look at the page and then the conformation.

“If they look the part and walk straight, then you work out a few you like and keep going in there. Most times you don’t get it, but there’s an odd time you do.” 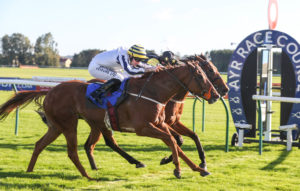