Johannes Vermeer to stand at Cornwall Park in Australia
News

Winners will be announced on August 4

The Thoroughbred Breeders’ Association has announced the nominees for its NH Breeders’ Awards Evening, supported by Goffs UK, which will take place at the Hilton Garden Inn in Doncaster on August 4.

Hosted by Nick Luck, the event will gather breeders, owners, trainers and enthusiasts to celebrate British-bred success from the 2020-21 National Hunt season. Guests will be treated to a welcome reception and three-course dinner which will be followed by the presentation of 14 awards.

Tickets for the event are £65 per person and can be purchased on the TBA’s website here.

The awards and nominees are as follows:

Announced on the evening.

Announced on the evening. 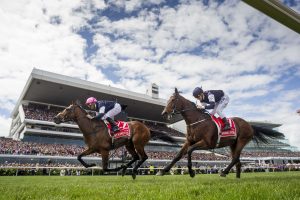 Up Next
Johannes Vermeer to stand at Cornwall Park in Australia