Shishkin comes out on top in Clarence House thriller

It was billed as a race for the ages and Saturday’s Clarence House Chase at Ascot didn’t disappoint, serving up one of the great finishes in racing history.

Only four went to post but in Shishkin and Energumene, they included two brilliant and unbeaten chasers, one representing Britain for Nicky Henderson and the other flying the flag for Willie Mullins and Ireland.

Energumene was bounced out in front by Paul Townend and got into a lovely rhythm as Shishkin and First Flow kept tabs on the leader out wide. Shishkin also jumped well in the main, although a blunder down the back briefly halted his momentum.

First Flow was first off the bridle with three fences to go, leaving the big two still travelling well to fight out the finish. Townend was sitting quietly in front on Energumene as the pair flew into the straight. Nico de Boinville, by contrast, was getting to work on Shiskin. Energumene still had the advantage on the rail as they headed to the last and appeared to have sealed matters with a fine leap. But Shishkin, who had also flown the last, would not be denied and galvanised by his partner, came with a surging finish to run down his rival and win by a length as the 5/6 favourite.

It was 18 lengths back to the third First Flow.

“I don’t get excited very often,” de Boinville told ITV Racing. “But going down that hill flat out on these two – the thrill of doing that is hard to buy. What a fantastic horse. He had to be so gutsy. He made one horrible peck [down the back] – we were going so fast and he was just coming alive under me. He was also losing a bit of energy jumping out to his left. But great champions always find a way of winning, and he is just that.” 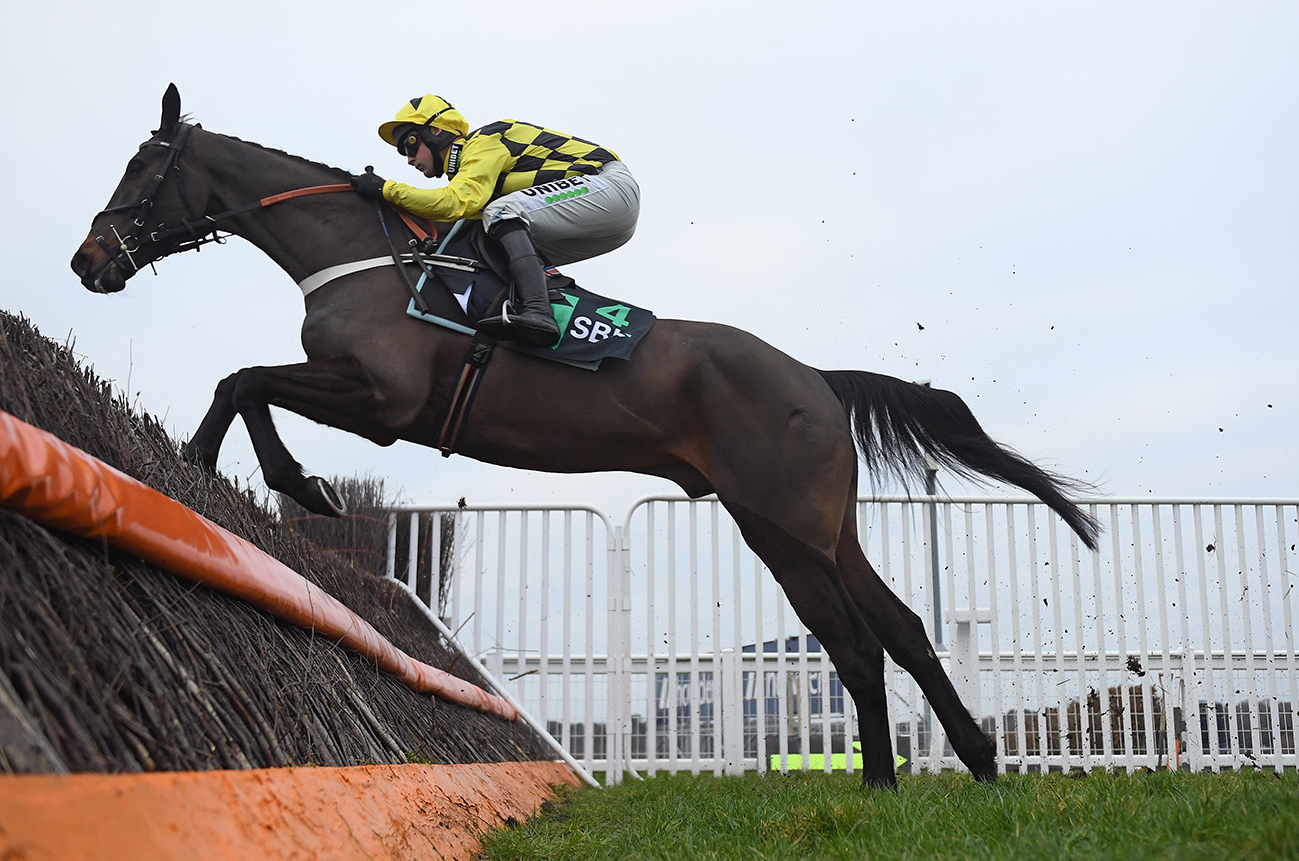 Nicky Henderson is understandably looking forward now to a rematch in the Queen Mother Champion Chase at the Cheltenham Festival, for which Shishkin was shortened by Paddy Power to 1-2.

“The race was built up and it produced,” said Henderson, celebrating his sixth win in the Clarence House. “Two great horses. A race like that goes back to the Grundy – Bustino days, and this horse lives only about four boxes away from where Grundy lived [at Seven Barrows].

“Paul and Nico said going to each other going down the hill, ‘we are flat to the boards’, they were going so fast. Paul’s horse was going to set a good gallop and we had to keep in touch with him.

“This proves that Shishkin stays very well. The great thing is that there is going to be a rematch. They’ll be back to fight it out at Cheltenham together. They’ve had a hard race today but there’s lots of time between now and then.”

Mullins is also looking forward to Cheltenham but suggested that it would be hard for his horse to turn the tables.

“I was shaking on the stand after the horses passed the winning post,” he said. “It was a terrific race. Two good jockeys, two good horses, right down to the wire. Energumene jumped well and had his own way in front. Nicky’s horse made a blunder and he goes well at Cheltenham, so he has that up his sleeve. It’s going to be tough for us [to turn the tables].”

Back against her own sex, Molly Ollys Wishes made the most of the opportunity to capture the Grade 2 SBK Mares’ Hurdle on the Clarence House undercard for Dan Skelton.

With Western Victory having gone off quick in front, Molly Ollys Wishes crept into contention under Harry Skelton and was in a prime position once the leader capitulated in front, sweeping into the lead turning for home and always maintaining a healthy advantage to hold off the closing Irish raider My Sister Sarah for a near two-length win. 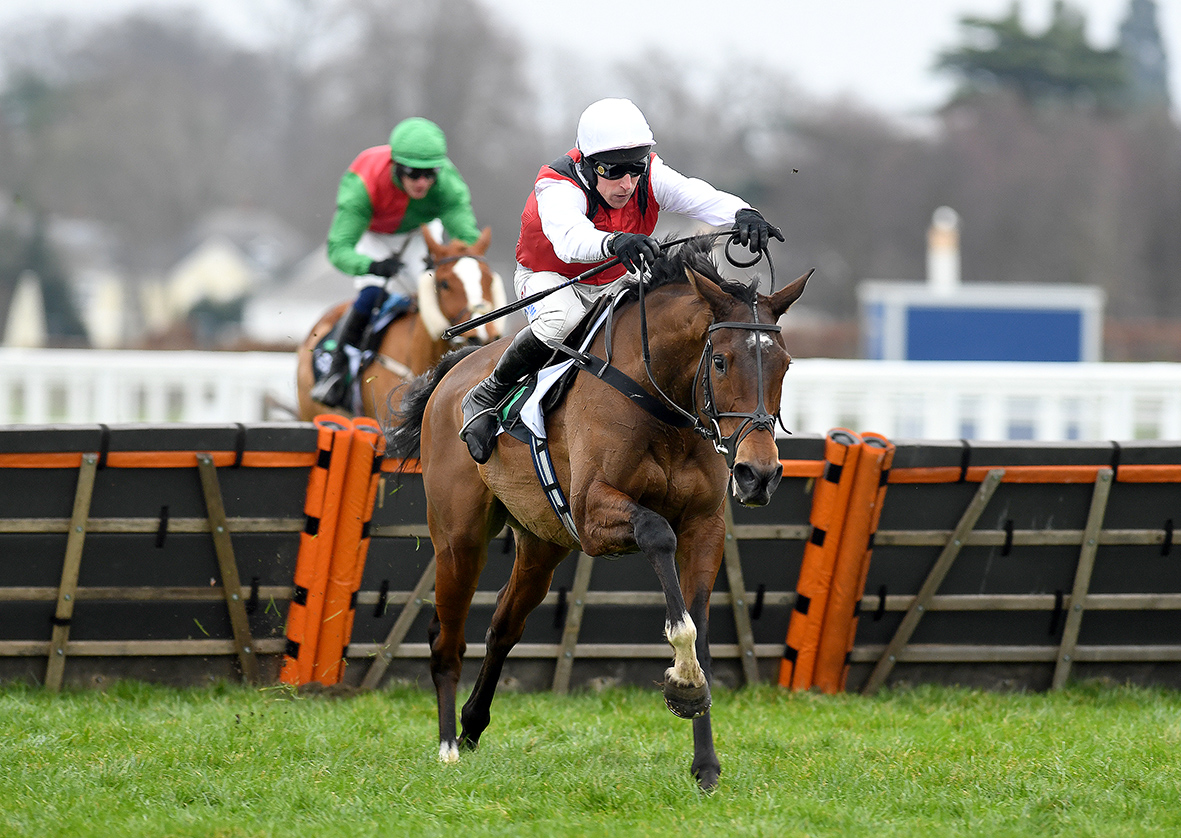 Burdened with 11-10, the Venetia Williams-trained gelding turned in a brave performance under Charlie Deutsch, coming out on top in a slow motion finish by half-a-length over the equally game Sam Brown, who had attempted to make all. In what was a war of attrition, the pair pulled clear of Fortescue in third. Only five finished.

“Last year in the Gold Cup, he tore off part of his hoof, he was so lame, and he also lost two shoes. Yet he still finished sixth. On his current rating, he’ll have to have another go.”

Deutsch paid credit to his willing partner. “It was a really great performance,” he said. “They went a good gallop. He couldn’t quite travel like normally so I had to sit for a while and had to tried to make my way down the back straight. He jumped very well and he was very good up the straight when I needed him – he was getting very tired at the end.”

Also at Haydock, Jonbon justified 2/5 favouritism to maintain his unbeaten record in the Grade 2 Rossington Main Novices’ Hurdle, giving weight and a beating to his seven rivals. However, his performance was more workmanlike than flamboyant, with jockey Aidan Coleman having to get serious with the Walk In The Park gelding to stop him from lugging left before drawing clear for a three-length success over Richmond Lake.

Race sponsor Skybet reacted by holding Jonbon at 3/1 for the Supreme Novices’ Hurdle at the Cheltenham Festival. Stablemate Constitution Hill remains favourite at around 2/1.

“In his last two races he tipped away in front, just by circumstances, and he had it easy,” Aidan Coleman told Racing TV. “Today it was an end to end gallop and we really quickened turning in, it was a very good race on a quick track and I got there quite comfortably. He was in top gear but I was always going to go away back of the last. He went away and pulled up a bit in the last half furlong, which can happen here at Haydock. On that tacky ground, you’re not going to see a horse win impressively. So I’m very happy.”

Another exciting hurdler, Tommy’s Oscar, brought up the four-timer with an easy five-length success over Global Citizen in the Grade 2 ‘The New One’ Unibet Hurdle under Danny McMenamin. The rapidly progressive Oscar gelding, who is one of only four horses trained by Ann Hamilton, holds an entry in the Unibet Champion Hurdle and was clipped into 25/1 for the Cheltenham showpiece by Betfair. 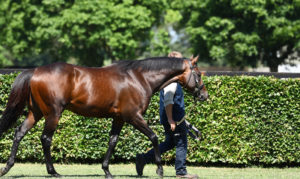