Sense of deja vu as Uncle Mo colt sells for $1.6 million at Fasig-Tipton

Bred by celebrity chef Bobby Flay the yearling was bought by Robert and Lawana Low, who had bought the colt’s half-sister at the 2018 Saratoga Sale

There was a sense of deja vu during the opening session of the 100th Fasig-Tipton Saratoga Sale in New York on Monday as a well-regarded youngster bred by celebrity chef Bobby Flay out of Grade 1 winner Dame Dorothy realised seven figures out of the Stone Farm draft to owners Robert and Lawana Low.

In 2018, the Lows paid $1.05 million for Dame Dorothy’s first foal, Spice Is Nice, a daughter of Curlin who has since gone on to become a Grade 3 winner with the prospect of better things to come. And on Monday, the owners returned to the well through agent Jacob West, paying a session-topping $1.6 million for Dame Dorothy’s latest foal to come under the hammer, a son of Coolmore’s top American stallion Uncle Mo.

Sold through Arthur Hancock’s Stone Farm, the colt was the sole million-dollar yearling during a session that turned over $25.28 million in gross sales. Of the 96 yearlings through the ring, 70 were listed as changing hands for an average of $361,143. The median was $300,000.

A total of 13 yearlings sold for $500,000 or more while ten different buyers accounted for the top ten lots. 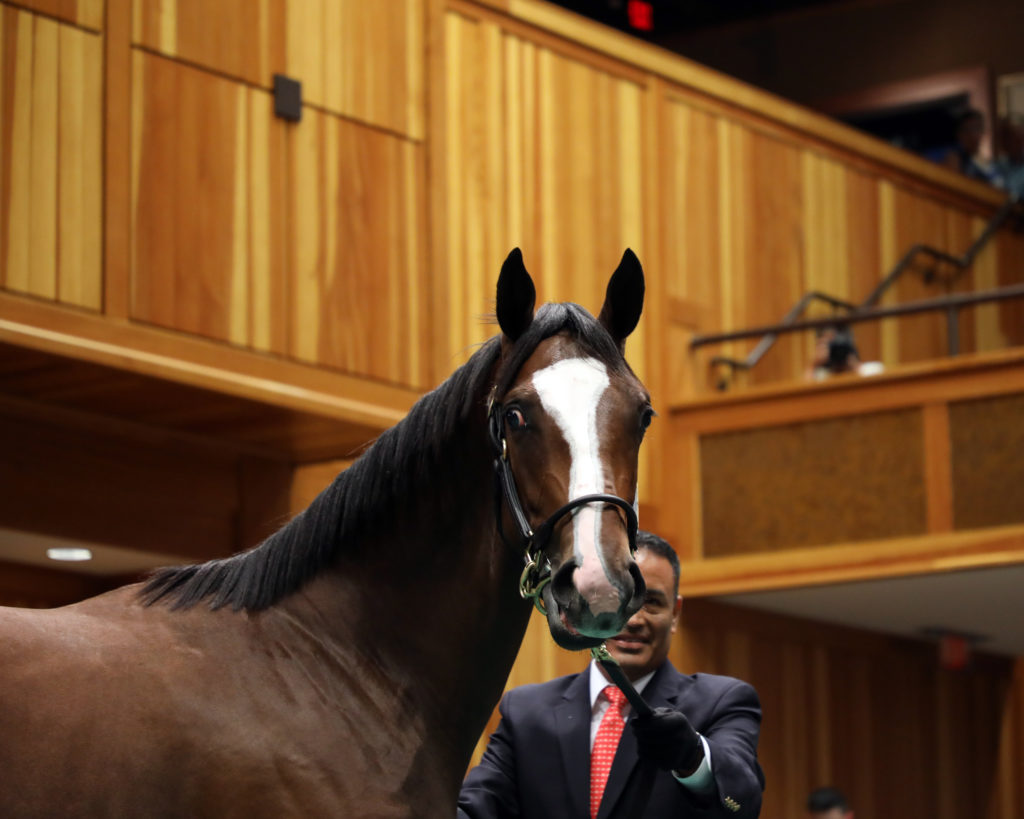 The session-topper is the third foal out of Dame Dorothy, whose seven wins for Flay and trainer Todd Pletcher included the 2015 Grade 1 Humana Distaff Stakes at Churchill Downs. Adding further to her appeal is that she is a daughter of the recently deceased Bernardini, now established as one of the world’s premier broodmare sires, and from the noted Derry Meeting family of Group 1 winner Mrs. Lindsay that goes back to champion Mrs Penny.

A filly by Tapit, who only this week became the all-time leading North American sire by progeny earnings, came close to breaking the million-dollar barrier when sold for $990,000 to a partnership that consisted of West Point Thoroughbreds, Scarlet Oak Racing and NBS Stable.

Sold by the night’s leading consignor Denali Stud, the filly is a half-sister to a minor winner and was bred by WinStar Farm and Winchell Thoroughbreds LLC out of the stakes-placed Checkupfromzneckup, by Dixie Union.

The $900,000 mark was also surpassed by an Into Mischief daughter of the Grade 2-placed Curlina who made $940,000 to Christina Jelm, acting for David Wilson.

The eagerly anticipated draft of first yearlings by the American Triple Crown hero Justify averaged $567,500 for four sold from seven offered. Two of his representatives hit the top ten and were led by a New York-bred colt out of the Breeders’ Cup Filly and Mare Sprint heroine Bar Of Gold who made $825,000 to Travis Durr, agent for David Hudson of Hoolie Racing Stable.

Also well received was the first crop of champion American two-year-old Good Magic. Each of his four through the ring found new homes at an average of $342,500. They included a $460,000 colt who was knocked down to Ben McElroy and European agent Alex Elliott.

European investment was muted although MV Magnier did sign at $300,000 for an American Pharoah half-brother to Grade 3 winner Daddy Is A Legend while an Into Mischief filly purchased for $325,000 by Marc Holliday’s Blue Devil Racing is reportedly heading to Joseph O’Brien.

Australian trainer Mick Price also made his presence felt, going to $250,000 for a War Front colt out of multiple stakes producer Agreeable Miss.
The Saratoga Sale continues on Tuesday. 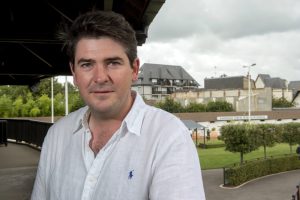 Up Next
Ebro River lands Phoenix Stakes for Hugo Palmer