RSA given new lease of life

The Racehorse Syndicates Association (RSA) has undergone a major transformation over the past six months in a bid to increase its membership and presence within the sport.

Spearheaded by Dan Abraham, well-known as the manager of Foxtrot Racing, the RSA has gone through a complete re-branding process. The RSA replaces the former title of the organisation, the Racehorse Syndicates and Clubs Association, which remained in place since its inception in 2009.

On top of this, the previous protracted set of rules have been replaced with a much shorter and simplified Conditions of Membership. The Annual Membership fee has been reduced to £200 and the Constitution has been amended.

“Although it had been running for a number of years, the organisation had reached a plateau in terms of membership. The changes have helped to make it easier for prospective members to join and less bureaucratic and since then membership has grown,” said Abraham.

The RSA’s members to date include one of the biggest syndicates in Europe, Highclere, and the Royal Ascot Racing Club, whose members enjoyed success with 2005 Epsom Derby winner Motivator.

Since 2012, there has been a decline in the number of sole owners while the number of partnerships and syndicates have generally maintained the same level at around just shy of 5,000.

“People often talk about syndicates being a stepping stone into sole ownership and there is no doubt that is true,” Abraham continued.

Earlier this year, the BHA published the syndicate’s code of conduct which aims to promote transparency and ensure that syndicate members are better protected and informed when entering into a syndicate ownership.

The code does not define how syndicates should operate but rather highlights a basic number of requirements.

Abraham believes that this along with Great British Racing’s In The Paddock initiative and the launch of a new racing administration website, which makes it easier to register syndicates, are important steps forward.

“It makes a lot of sense. There needs to be guidance as to how syndicates and clubs run because it’s vital particularly for those having their first experience in racing that they have a good experience,” he added.

“They don’t really have enough guidance at the moment. It gives a much needed steer regarding how to run a syndicate.

“Things are now starting to gain momentum, with the change in the registration process as well, it all bodes well.”

By the end of the year, the RSA Committee plan to stage a race that is exclusive to syndicates that are members of the RSA, subject to approval by racecourses.

“As well as providing a voice within the sport, we want to provide some very real and obvious benefits to our Members. The key is to drive up our membership and with an increasing syndicate ownership base, that would open up a lot of very exciting opportunities and initiatives.” 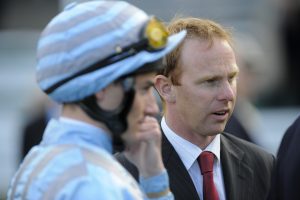 Up Next
Lincoln spoils to Bravery