On a sunny day in Newmarket on Tuesday, members were treated to a wonderful Studs double-header at Cheveley Park and Banstead Manor Studs.

First up was Cheveley, where a tour of the red liveried grounds including parades by stud favourite Pivotal, still covering at the grand old age of 26. Twilight Son was his usual boisterous self, whilst Dutch Art – now kept in a warmer part of the facility to help with his fertility – was also a popular member of the roster on show. Mayson, who evidently relishes his job, was also in good form.

Members also had a rare opportunity to meet some of the younger foals who weren’t weaned as yet with their mothers. It was a wonder some of us didn’t try to smuggle the youngsters on the coach!

The British Racing School welcomed us for lunch, but not before a tour of their facilities and the fabulous work they do with the youngsters training to become the jockeys and stable staff of the future. The grounds now also contain the Injured Jockey’s Fund’s Peter O’Sullevan House, the Newmarket version of Oaksey and Jack Berry House, which is due for it’s full launch in October.

The afternoon saw a trip back across town to Banstead Manor, currently home Juddmonte champions past and present. First up was man of the moment Kingman, whose fee is set to go sky high after his first crop of runners. 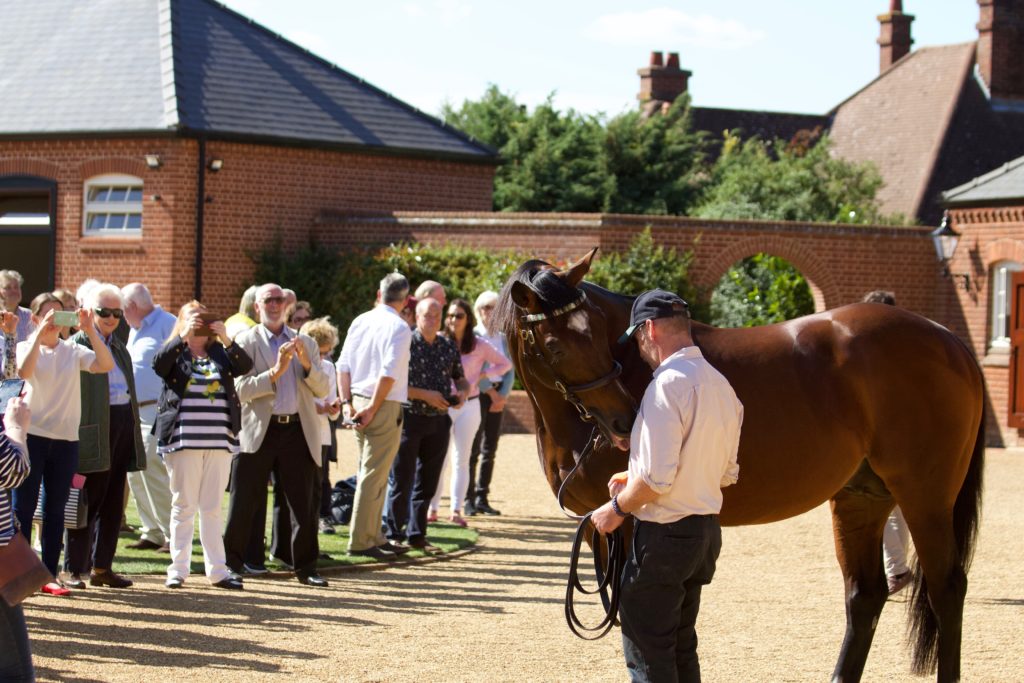 ROA members watch on as Frankel is shown to them by stallion man Rob – Photo: George Selwyn

The most relaxed stallion on show is always Bated Breath and this year was no different. He has had a stellar season, with three Royal Ascot winners.

The youngest stallion on parade was Expert Eye – who impressed a few people in his transition from racehorse to stallion.

And finally there was Frankel and his adoring stallion man Rob, who as usual showed off to the crowd standing and posing for pictures like an old hand! He was certainly the star of the show and members were lucky enough to have group shots done with him. A fantastic day all round.

The Racehorse Owners Association (ROA) has around 8,000 members and promotes and protects the interests of racehorse owners in Great Britain. Since 1945 we have been making members’ racehorse ownership more cost-effective and enjoyable.

To find out more about the ROA, visit their website https://www.roa.co.uk/ 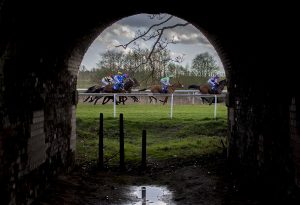