Meeting was part of the organisation’s Industry Ownership Days

A breezy and chilly afternoon at Hereford saw the latest in the ROA’s Industry Ownership Days on Tuesday.

The six-race card was sponsored by the ROA and there were many owners there on the day enjoying watching their horses run, and the lucky few owners who had a winner on the day celebrating wildly.

The ROA Jackpot race was won in great fashion by the Tom Symonds-trained Loud As Lions, who broke his maiden tag in spectacular style, making virtually all on his chasing debut for his enthusiastic owners Celia and Michael Baker, Karen Ibberson and Henry Pearman.

As all four are ROA members, they scooped an extra £2,000 in addition to prize-money and all qualifying runners in the Jackpot race also picked up £250 in travel expenses.

Members from the local area were also invited to the ROA Regional Meeting which proved a major success with over 100 members and their guests’ attending, taking over the Rusty Bridge Restaurant to listen to an update from ROA Chief Executive Charlie Liverton on the work of the ROA and Industry news.

There was also a lively Q&A discussion which included the topics of prize-money at grass roots level, badge allocations and access to facilities across ownership types and fixtures and funding, the bloodstock sales review.

During lunch Brant Dunshea and David Jones gave a short presentation on the stewarding function and regulatory aspects of the BHA.

Members who attended the meeting also had the opportunity to pick the best turned out in each race, with the help of resident expert Mick Fitzgerald. They also presented the winning owners with their mementos straight after the race.

The ROA’s next Industry Ownership Day will be at Wetherby on the 27 November, and look out for their schedule for 2020, which will be published soon.

The Racehorse Owners Association (ROA) has around 8,000 members and promotes and protects the interests of racehorse owners in Great Britain. Since 1945 they have been making members’ racehorse ownership more cost-effective and enjoyable.

To find out more about the ROA, visit their website here 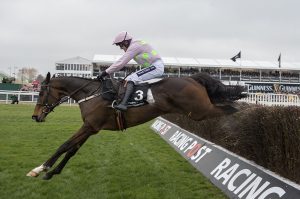