For the first time this year, a traditional live auction was held at Park Paddocks on Wednesday with the Tattersalls March Sale topped by Richard Hughes’ 90,000gns purchase of exciting prospect Bugle Major.

A lightly raced six-year-old gelding by Mizzen Mast, Bugle Major was trained by France in Pascal Bary and kickstarted 2021 with a win at Deauville before finishing second behind Magny Cours at Chantilly earlier this month.

Of his new purchase, Hughes said: “I could have done without that happening. We had him marked out some time ago and that added 20,000gns onto his purchase price!

“He is for an existing owner who have put a syndicate together and they wanted a Saturday horse. We were thinking about coming to the breeze-ups, but we found this horse and we said that if we were to buy a horse at the breeze-ups rated 100 it will cost an awful lot of money and you don’t have any guarantee.

“This is a Saturday horse ready for the lads to have some fun with. He has had his issues, there is no doubt about it, but he is six now and all that hard work has been done for him. I had a good history of him from Juddmonte.”

Opulence Thoroughbreds were another group of owners to invest as they purchased Huraiz for 60,000gns, who was part of the draft of horses offered by Shadwell Stud.

The four-year-old Sepoy gelding has two wins to his name from 11 starts, his victories coming when based with previous trainer Mark Johnston as a two-year-old. While he has yet to win since then, he finished in the placings in two all-weather contests earlier this year.

“He’s a nice horse, maybe a change of scenery might perk him up a bit. He has been running well and just not managed to get his head in front. He has had a month back at the barn since his last run so we will crack on with him.

“I spoke to Shadwell and they told me about the horse – they are pretty good like that; they tell you everything they know. They always have a few issues these types of horses, but at least you know beforehand.”

Joseph Tuite’s recent dual winner Attracted will continue his career in Saudi Arabia after Reda Al-Khalaf went to 82,000gns for the gelding.

“Mr Al Turaif liked the fact that the horse is by New Approach and he is a lightly raced four-year-old so there should be more to come. The name is good too – Mr Al Turaif is attracted to Attracted!”

Tattersalls Chairman Edmond Mahony added: “The Tattersalls March Sale was added to our 2021 sales calendar in response to the Covid-related disruption to the February Sale and it has generated solid international trade with a good crowd in attendance as well as the now customary prolific amount of live internet bidding.

“It has been great to host a live sale again at Park Paddocks and we are looking forward to welcoming registered participants to both the Tattersalls Craven and Guineas Breeze-Up Sales in the coming weeks, both of which will be conducted with Covid protocols in place.” 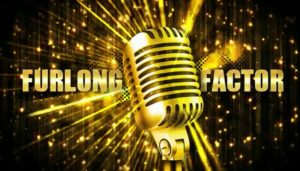 Up Next
Racing Welfare’s Furlong Factor back for 2021