The Italian stallion’s on a roll
News

Record number of racegoers in 2011

In a week dominated by stories of whip bans and Ascot’s controversial orange sticker fiasco, there was some good news for racing with the announcement from the Racecourse Association that racecourse attendance had improved for the third consecutive year to a record figure of 6,151,243 visits in 2011. The six-million mark had not been reached since 2004.

This represents a total rise in racecourse attendance of 6.6% compared to 2010, despite a drop in the amount of corporate sponsorship and hospitality at racecourses. The average daily attendance at the 1,469 meetings in 2011 was 4,187.

One of the highlights of the year, the inaugural QIPCO British Champions’ Day at Ascot in October, was greatly enhanced by the presence of Frankel and attracted a crowd of more than over 26,000 people.

In April, the Racing For Change-inspired free racing initiative was extended from a week to a month and was also successful, attracting decent crowds and a number of new racegoers to racecourses across the country.

Stephen Atkin, Chief Executive of the Racecourse Association, said: “I am very pleased to see racecourse attendance on the up for a third year in a row and to break the previous record is fantastic. Financially it is a very difficult time for people at the moment, so it is a vindication of the exemplary work being done on Britain’s racecourses that more and more people are enjoying a day out at the races.” 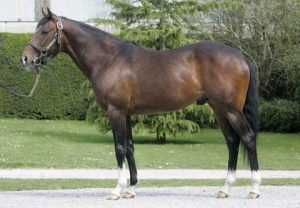 Up Next
The Italian stallion’s on a roll