Qatar Racing and the China Horse Club are mourning the loss of Group/Grade 1 heroine Just The Judge after the nine-year-old mare had to be put down following complications post colic surgery.

Bred by Joan Keaney Dempsey, Just The Judge was out of the Rainbow Quest mare Faraday Light, and the daughter of Lawman was trained by Charlie Hills to win five races including the 2013 Irish 1,000 Guineas and the Grade 1 E.P. Taylor Stakes at Woodbine in 2014. Just The Judge also finished third in the Coronation Stakes, Pretty Polly Stakes, Beverly D Stakes and the Breeders’ Cup Filly and Mare Turf.

She raced one final time in 2015 when contesting the Group 1 Dubai Sheema Classic at Meydan before retiring to the paddocks.

For Qatar Racing and the China Horse Club, Just The Judge produced a Dubawi colt who fetched €1.4 million from Ballylinch Stud at last year’s Arqana August Yearling Sale, and a Dubawi filly who was bought as a foal at the 2018 Arqana Breeding Stock Sale by Stroud Coleman Bloodstock for €1 million. She foaled a Galileo filly in March this year.

In the below video, David Redvers, owner of Tweenhills Farm and Racing Manager to Sheikh Fahad Al Thani’s Qatar Racing, explains in detail how the unfortunate events unfolded. 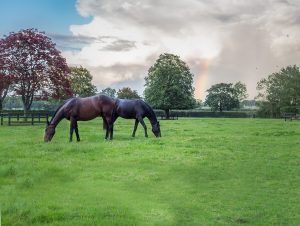