At 310,000gns, the gelding topped the inaugural Tattersalls May National Hunt Sale when knocked down to Ryan Mahon

Impressive Punchestown winner Ittack Blue headed the inaugural Tattersalls May National Hunt Sale at Park Paddocks on Thursday when selling to Ryan Mahon on a bid of 310,000gns.

Mahon was acting on behalf of an owner with Dan Skelton for the grey Coastal Path gelding, who had gone into many notebooks when running away with his debut, a four-year-old point-to-point at Punchestown, almost two weeks ago.

“He’s a lovely horse,” said Mahon after outbidding the Gordon Elliott team. “The vibes were good from Matty [Flynn O’Connor] – he came highly recommended. He was seriously impressive at Punchestown. It looks like he has an enormous engine.”

It was another excellent result for vendor Matthew Flynn O’Connor of Ballycrystal Stables, who had paid just €30,000 for the Coastal Path gelding out of last year’s Tattersalls Ireland May Sale, when it was held last August.

“That is it, they are all sold now!” said O’Connor. “We have to restock now, that is the next thing. We’ve had a great season – we have had eight or nine four-year-old winners. It is nice to keep the ball rolling and finish strong.

“This is a lovely horse, we always liked him at home and he just did everything properly from day one. You never expect when they take on 14 runners that they can win like he did.”

He added: “I bought him off Hugh Bleahen for €30,000 in the May Sale last year. He looked very racy to me and was a nice loose-moving horse. Obviously when you’re buying them with just a head collar on you can’t really tell if they’re a racehorse but he’s worked out. Coastal Path is a good stallion too so hopefully he’s lucky.”

In a catalogue that featured a mix of pointers, horses in training and stores, 56 horses were sold for a total of 2,884,500gns and average of 51,509gns. The median was 37,500gns. Five horses realised six figures.

In addition to Ittack Blue, they included two impressive recent debut winners at Largy in Divilskin and Seeyouinmydreams, both of whom were snapped up by Tom Malone on behalf of Paul Nicholls.

Malone went to 245,000gns for Divilskin, who had been a €28,000 Goffs Land Rover pinhook by his vendor Colin Bowe of Milestone Bloodstock, and 235,000gns for Seeyouinmydreams, a daughter of Telescope from Blackhall Stables whose valuation provided a fine mark-up on the £10,500 that she had cost ‘Rempods’ at last year’s Tattersalls Ascot December Sale. On both occasions, Aiden Murphy was the underbidder. 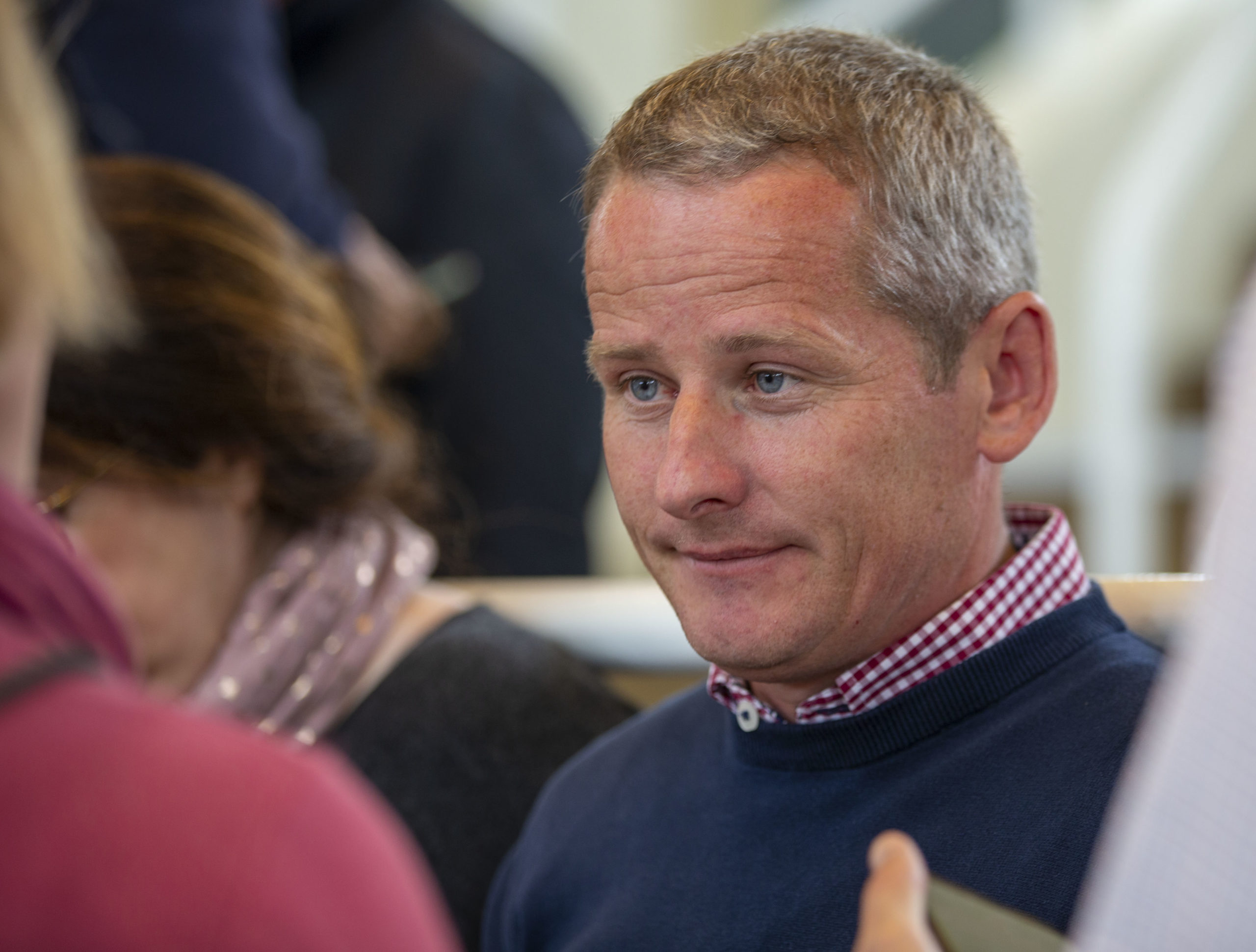 “I’m delighted they are going to Ditcheat,” said Malone. “They are two nice new recruits.

“Divilskin’s sire Doyen is having a great run of it. I’ve bought a couple of pointers by him this year and his stock are doing wonderful things. I thought this horse was very, very impressive in his point.

“The filly has come from a very good farm. Andy [Pierce] said to me that he gave her two bits of work and the gears she showed were frightening. But then she has the pedigree to do that, it’s a proper pedigree.

“She was so impressive in her point. To me she’s a ‘gelding type’ of filly. Hopefully, she’s a good one.”

Matthew Flynn O’Connor lated lived up to his word by reinvesting 35,000gns in a son of Glenview Stud stallion Youmzain the store section.

The gelding, bred by Richard Walsh out of the Presenting mare All Star Lady and offered by Peter Nolan, was the most expensive lot to sell during a lukewarm store session ahead of a Getaway filly who was knocked down for 30,000gns to Monbeg Stables out of the Castledillon Stud draft.

“Tattersalls Park Paddocks in Newmarket has already established itself as a proven venue for selling high quality point-to-pointers and National Hunt horses in training having hosted relocated Tattersalls Cheltenham sales over the last two COVID-disrupted years,” said Matthew Prior, head of sales. “Those sales produced record prices as well as numerous top quality racecourse performers all of which encouraged us to host today’s inaugural May National Hunt Sale in Newmarket.

“That decision was borne out with a sale that has achieved turnover of just shy of three million guineas as well as five point-to-pointers selling for 150,000 guineas or more and a top price of 310,000 guineas. Many of the British and Irish National Hunt fraternity’s most familiar faces were present at Park Paddocks resulting in solid trade and plenty of competition for the most sought after lots.

“We also took the decision to sell a number of store horses for the first time in Newmarket and whilst a top price of 35,000 guineas and an average of 13,368 guineas are respectable, the clearance rate was less than we would have hoped for. We are very appreciative of the support shown to us by store consignors and will reassess whether combining point-to-pointers and store horses is the optimal format for this fixture.” 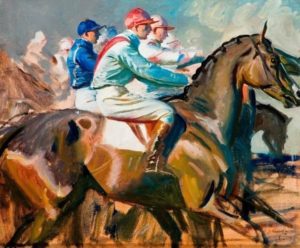