QIPCO British Champions Day will see its prize-money total increase by 60 per cent on 2020 levels with the QIPCO Champion Stakes set to be the richest race in the UK this year with £1.2 million on offer.

The Queen Elizabeth II Stakes will also be run in excess of £1 million and the three other Pattern races at the meeting – the Long Distance Cup, Champions Sprint and Champions Fillies & Mares Stakes – will offer prize funds of £500,000.

Sheikh Fahad bin Abdullah Al-Thani, Director of QIPCO Holding, said: “We are proud to sponsor QIPCO British Champions Day, the most valuable day in the British racing calendar and are pleased that this year’s raced, which marks the tenth anniversary of our sponsorship, will be run for £4 million.

“The day has established itself at the pinnacle off the lobal racing calendar and it is only fitting that the prize-money reflect that.”

“It is crucial to the long-term future of British racing that we are able to offer globally competitive prize-money and are hugely grateful to our sponsors, QIPCO, for making this a reality and for their continued support and commitment.

“Champions Day has always attracted the world’s finest racehorses and with such a valuable racecard, we look forward to welcoming the sport’s superstars back to Ascot once more.” 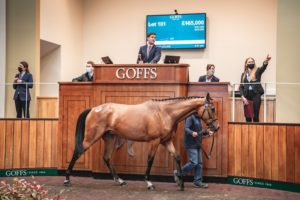