On the back of a fantastic Cheltenham Festival, Robbie Power has been appointed first jockey for Ann and Alan Potts whose familiar red, green and yellow silks entered the winners enclosure following this year’s Cheltenham Gold Cup.

Last August, the Potts removed their entire string from Henry De Bromhead’s Waterford yard which saw the likes Sizing John and Supasundae fall into the care of Jessica Harrington.

Power, who won the Grand National in 2007 aboard the Gordon Elliott-trained Silver Birch, gave the Potts their finest moment so far in ownership.

On the final day of the Festival, he steered the seven-year-old Sizing John to a three length success in the Timico Cheltenham Gold Cup.

In what was also a first win in the prestigious race for Harrington, two days earlier the triumvirate tasted more Cheltenham glory courtesy of Supasundae who ran a comfortable winner of the 25-runner Coral Cup.

“It’s been a fantastic couple of weeks for me and let’s hope we can continue at Aintree the way we left off at Cheltenham. I’ve always been quite a positive person and always believed something good was around the next corner,” said Power.

A promising young show jumper in his youth, Power developed a strong association with Harrington since around the age of 21 and rode his very first Cheltenham Festival winner aboard the stables’ Boston Angel in the 2011 RSA Chase.

I’ve always been quite a positive person

He added: “Jessica will still have first call on me and I’m still her number one, but I will ride for Alan and Ann whenever I can.

The 35-year-old made his first trip across the Irish Sea as new number one rider on Thursday where he had two rides for Colin Tizzard at Taunton.

Sizing Granite and Sizing At Midnight, the horses in question, were both unplaced in their respective races. 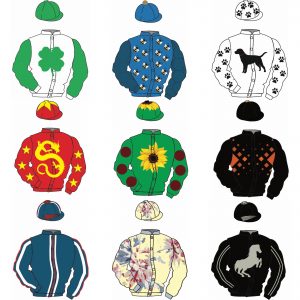 Up Next
Nine unique silks given all clear