The Newmarket Gold Season, a new initiative designed around the four weeks of the year when horseracing’s HQ becomes the international hub for sales and racing, was officially launched at Tattersalls on Tuesday.

It begins with the Henry Cecil Open Weekend, takes in both the Cambridgeshire meeting and the Dubai Future Champions Festival, before culminating in the final week of the Tattersalls October Yearling Sale.

The Newmarket Gold Season is a long-term project aimed at increasing the profile of the town during the key autumn period. Amy Starkey, Regional Director of the Jockey Club’s East Region, said: “What makes Newmarket so amazing and special is the whole industry that is centred around the town.

“It’s a fantastic four-week period and the amazing thing we have with the Newmarket Gold Season is that we can continue to develop the stories that resonate with it for many years to come.

“If we can tell stories much earlier in a horse’s career when they’re racing as two-year-olds, all of a sudden you’ve got that engagement and rich content that tells the story over the winter.

“This year is about embedding the concept and getting people to fully understand what it is and come on board with us. The future years are all about extending it.”

Newmarket sales house Tattersalls, which will stage its renowned October Yearling Sale next month, is one of the many organisations on board with the Newmarket Gold Season.

Tattersalls Marketing Director, Jimmy George, said: “It’s massively important [the four weeks]. You can have the most beautiful and expensive yearlings in the world but if they don’t go on to replicate that on the racecourse, beauty is of little relevance.

“[The Gold Season] makes it an official partnership with Newmarket, who we’ve worked very closely with for a long time.”

Leading Newmarket trainer John Gosden, fresh from Group 1 success in France with Star Catcher in the Prix Vermeille at Longchamp on Sunday, believes the concept is a healthy development for the town.

“It is a very healthy development and a great initiative,” he said. “It opens up the minds of people who might have been rather parochial in the past, to the sheer gravitas that the whole of Newmarket can have, particularly at this time of year. It’s like a massive magnet, worldwide.

“When you talk about the business cluster of Newmarket – everything from racing, the sales, the breeding, the studs and the people who come and visit – there’s an awful lot of energy and power we can lock on to here and I think it’s very good, this concept of bringing it all together.” 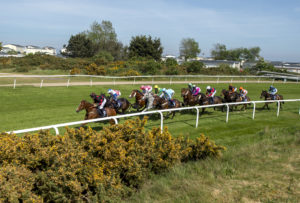