New term but challenges still to be faced

In writing this, my first Leader, my initial thoughts are to acknowledge the tremendous work of our outgoing Chairman Kirsten Rausing. During her five years in office she has introduced a thorough restructuring of the TBA and has led with great skill, using her considerable knowledge of all aspects of our industry, to keep the TBA at the forefront during the many structural changes that have happened throughout racing. Now as a trustee of the Racing Foundation I am delighted that Kirsten’s considerable skills will be put to good use.

I believe that the global economy has yet to demonstrate that we have turned the corner and there is little positive encouragement from the coalition government that Britain has fared any better. There have been, however, glimmers of light in the funding of British racing. Although it would be naive to think that Betfair’s move from a voluntary payment to a contracted contribution will solve all our problems, it is certainly a step in the right direction. I would like to acknowledge Paul Bittar’s role in uniting the industry.

The TBA has an important voice in formulating the future of British racing. We look forward to working with a revitalised BHA and all racing’s representative bodies, to secure an environment where breeders are incentivised to continue to invest in bloodstock, and in their dual role as owner/breeders to continue to race horses in this country.

For those of you who attended the annual awards dinner, I hope you will forgive me for repeating my plea that whilst our board can boast some excellent CVs from within its ranks, we need to see some new faces from amongst the elected members. I have heard it said that the board, even with regular elections, consists of the same old faces. That may be so, though I believe the arrival of Philip Newton and Sam Hoskins will bring new vigour to the board as we move forward. If there is a feeling out there that new people are needed, then get them to come forward or, if you are interested yourself, contact a board member, so they can explain what is involved.

I have two other issues I wish to raise. The first is to encourage all members to complete and return the membership questionnaire. Please do not throw it away, but spend a few minutes filling it in. The answers you give will be an enormous help to the board members as we try to formulate our programme for the next four years. We will be conducting a review at board level in September at which your input is very important. Your answers will aid us in determining the TBA’s future strategy.

Equally as important, I would urge you to support the British Owners and Breeders Incentive Scheme (BOBIS). The proposal for this innovative and financially rewarding scheme was announced at the AGM (see page 46). Whilst we can’t claim to have devised the concept – the Australians beat us to it – it has been demonstrated that it is a very successful mechanism to reward and incentivise owners and breeders.

This scheme is in the development stage, but it is the principal of providing the vital matched funding which makes this scheme so attractive. It will enable the Levy Board and the wider industry to send a message that they need breeders to sustain the production of quality and durable racehorses which competitive racing relies upon.

The scheme’s initial rewards will be significant and have the capacity to grow over time. This is one bonus scheme that is simple and straightforward and will seek to bring in the best elements of the other breeders’ schemes. All it requires is that the dam is domiciled in Great Britain for the majority of her pregnancy, irrespective of the location of the covering sire. This qualification enables the progeny to receive enhanced prize-money and a breeders’ prize when they win a race in the UK.

BOBIS therefore encourages not only purchasers to buy British-bred horses, but will improve the prize-money return to owner/breeders, particularly important in encouraging owner/breeders to retain their fillies for a racing career prior to ensuring the best remain as future breeding stock here in Great Britain. 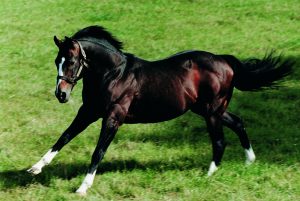 Up Next
Soldiering on to successful new career