Hurricane Lane may not have performed to his best abilities when only third in the Hardwicke Stakes, yet Godolphin trainer Charlie Appleby still enjoyed a red-letter day on the final day of Royal Ascot 2022, supplying the first two home in the Group 1 Platinum Jubilee Stakes (6f).

William Buick took the mount on the better-fancied Creative Force while James Doyle was in the saddle aboard longer-priced Naval Crown and the stablemates were split by the width of the track, with Native Crown racing on the stands’ rail and Creative Force challenging on the far side having broken from stall one.

Tracking Australian speedster Home Affairs under James McDonald, Doyle made his bid for glory with two furlongs to run, taking Naval Crown over to race up the rail, while on the opposite side Buick was getting a real tune out of Creative Force.

Artorius and Campanelle were also finishing with a flourish down the centre of the course but the boys in the blue had the race between them and as the runners crossed the line it was Naval Crown who prevailed, edging out Creative Force by a neck. 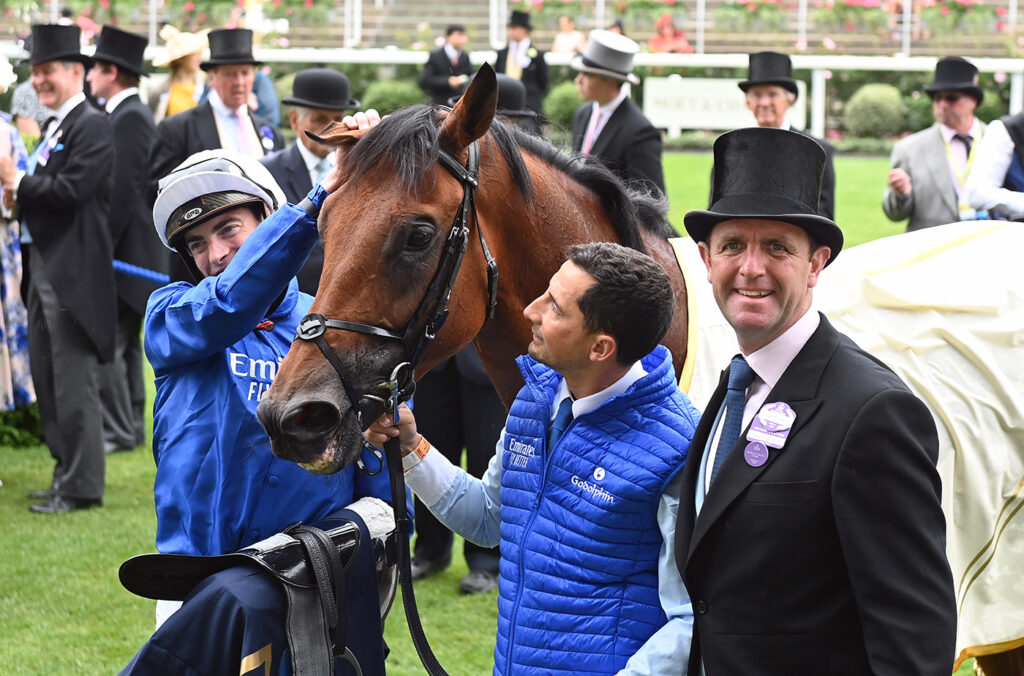 Appleby said: “Both horses were in great nick. One thing that Naval Crown had coming into the race was that he was still learning the sprinting game. He’d only sprinted once in his life, and that was in the Al Quoz. When I took him to Saudi and he hit the lid so quick… it was all a bit of a mess unfortunately, although we saw there his natural pace.

“This is a stiff six furlongs and we knew there would be plenty of pace. I said just hang on to the coat tails of them if you can. I’m not saying we’re not good enough to beat the Australians, but I said he will finish, because this horse has won over seven. He was fourth in a Guineas, so he’s a rock-solid horse.

“Creative Force ran a blinder. From that draw, it was always away from him, but Will gave him a fantastic ride, and it was just like the Jersey last year – they were ding-donging away with themselves in the end. They are two fantastic Dubawis.

“Had it been easier ground, I’d obviously have put Creative Force bang up there; he’s always been there and done it on the big stage. Naval Crown is cutting his teeth at the sprinting division now, and he’s learning fast. One thing about Naval Crown is that he’s a young sprinter – it’s only his second start over the six.

“I see no reason why we shouldn’t be going to the July Cup now on what we’ve seen today. We hadn’t really planned beyond this – we thought we’d just be following the Australians home to be fair. It was a great ride by James. He said that at halfway that he knew he had to get over to that rail, keep hanging away there, and he knew he’d be in the hunt.”

Godolphin, Appleby and Buick were on the scoresheet thanks to Noble Truth, who justified favouritism in the Jersey Stakes (7f) earlier on the card.
Rohaan enjoys Ascot’s straight six furlongs and he made it back-to-back wins in the Wokingham Handicap under Ryan Moore.

The four-year-old gelding, trained by David Evans for Chris Kiely Racing Ltd and J Tomkins, stormed home from the back of the field to record a three-quarter length success over Popmaster.

Evans said: “Rohaan is a top-class horse, and it is nice to see him back to form. He does like this course and Ryan knew what to do. When the horse is like he is, it is the only way to ride him – you have to instil confidence into him. Two furlongs out, there was never any doubt.

“To win it again is fantastic. It is better feeling for me than last year. It never sunk in last year. It still hasn’t. It is easy training them when you’ve got a good horse.

“He is a cut above these on his day and has just had a few problems. He could have run in the race [Platinum Jubilee Stakes] before. He will go back up in class now, but, as Ryan said, this is the right track for him.”

Moore had earlier produced another masterclass ride, making every yard of the running on the Aidan O’Brien-trained Broome in the Group 2 Hardwicke Stakes (1m4f), scoring comfortably from Mostahdaf and Hurricane Lane.

There was a right old upset in the opening Listed Chesham Stakes (7f) as the Karl Burke-trained Holloway Boy, the only debutant in the 13-runner field, saw off fellow outsiders Pearling Path and Lakota Sioux, as hot favourite Alfred Munnings could only finish sixth for the Aidan O’Brien stable.

Danny Tudhope produced the perfect hold-up ride on the two-year-old son of Ulysses, owned by Nick White and Elaine Burke, leading inside the final 100 yards and scoring somewhat snugly, with the unlikely Tricast paying a whopping £66,051.

George Boughey secured his second win of the week when Aussie ace James McDonald partnered favourite Missed the Cut, owned by Ed Babington, to a decisive success in the Golden Gates Handicap (1m2f).

The closing contest, the 2m5½f Queen Alexandra Stakes, saw William Buick record a double on the day aboard the Willie Mullins-trained Stratum for owner Tony Bloom. 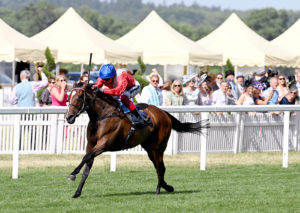 Up Next
Frankie inspired on Inspiral