Jockey Charlie Deutsch enjoyed a red-letter day at Sandown on Saturday after guiding L’Homme Presse to a 21-length victory in the Scilly Isles Novices’ Chase, his first strike at the top level.

The winner of his three previous races this season, the Venetia Williams-trained L’Homme Presse was a warm favourite to make it four on the trot in the two-and-a-half-mile contest and duly delivered another outstanding performance.

Racing at the head of affairs and pulling clear from the second last, it proved plain sailing as L’Homme Presse galloped his rivals into submission. Owners Dfa Racing will now be looking forward to a trip to the Cheltenham Festival with their exciting seven-year-old.

Deutsch said afterwards: “It is wonderful. You need the good horses to come along and give you those Grade 1s. It can sometimes never happen for a jockey but for it to have happened is just brilliant. We have a brilliant horse on our hands. It is just great.

“This means a huge amount to me as Grade 1 wins seemed a long way off but when you get the right horse, they are not a long way off.

“He liked the track as it is a nice galloping track. He is an easy ride and that makes the job easier as well.

“It was a lovely moment seeing all the jockeys on the podium and I didn’t expect it all. They are a great bunch of guys – it means a huge amount to me they all came out.” 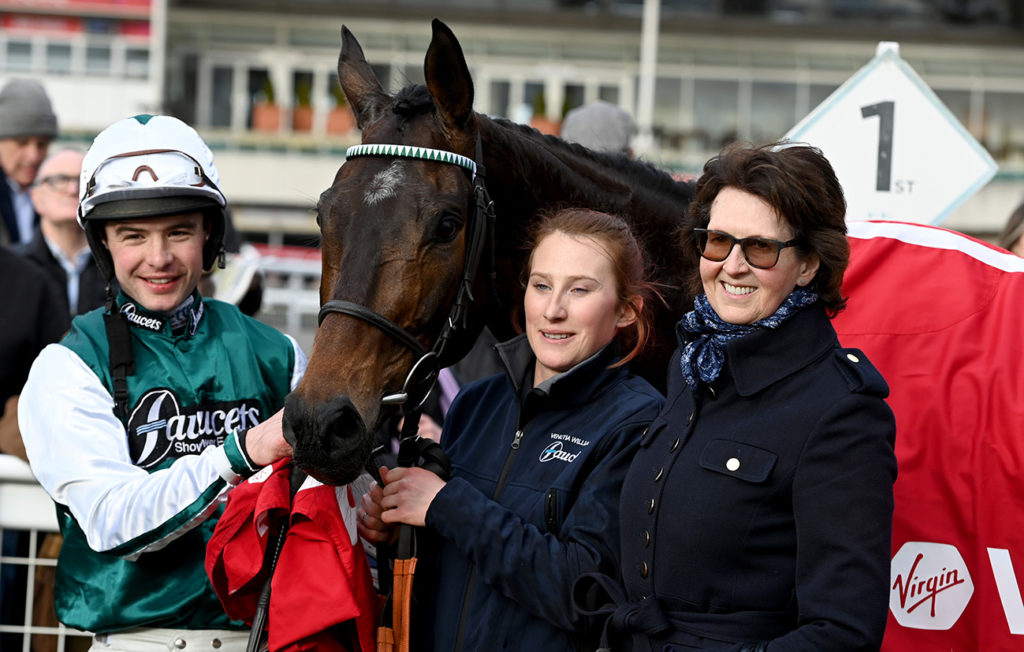 Earlier on the card, the Gary Moore-trained Goshen proved his undoubted class with a sublime performance under Jamie Moore in the Listed Contenders Hurdle (2m).

Steve Packham’s six-year-old is a better performer on right-handed tracks and he powered to a 15-length victory over Guard Your Dreams.

Ahoy Senor has been talked about as a potential Cheltenham Gold Cup contender and the seven-year-old produced a fine performance to take the Grade 2 Towton Novices’ Chase at Wetherby on Saturday.

Derek Fox set out to make all the running on the Dylan Thomas gelding and in truth the result never looked in doubt, with Ahoy Senor settled in a lovely rhythm and jumping accurately in the three-mile contest.

A fine leap at the final fence sealed the deal and Ahoy Senor galloped on strongly to record an easy five-and-a-half length win over Irish raider Noble Yeats.

Ahoy Senor’s owners, Carron and Bruce Wymer and Peter Russell, father of trainer Lucinda Russell, now have a choice about whether to continue down the novice route or take their chance in the Gold Cup at the Cheltenham Festival next month.

Conflated strikes in Irish Gold Cup
There was an upset in the headline race on the first day of the Dublin Racing Festival at Leopardstown as the Gordon Elliott-trained Conflated, backed from 50-1 the night before into 18-1, recorded a decisive success in the Grade 1 Irish Gold Cup.

Gigginstown House Stud’s eight-year-old travelled well under Davy Russell in the extended three-mile contest as Frodon and Bryony Frost assumed their customary position at the head of affairs.

Taking up the lead approaching three out, Conflated had a clear lead jumping the final fence and kept on well to score by six-and-a-half lengths from Minella Indo, returning to form after pulling up in the King George VI Chase at Kempton on Boxing Day.

The latter made a terrible mistake at the final fence and despite Jack Kennedy rousing a fine late flourish from the five-year-old, in receipt of 9lb from Blue Lord, who drifted left on the run-in, he could only close to within half a length at the line.

Blue Lord’s trainer, Willie Mullins, enjoyed a superb afternoon, also hitting the Grade 1 bullseye with David Bobbett’s Minella Cocooner in the 2m6f novice hurdle and Rich Ricci’s Vauban in the Spring Juvenile Hurdle (2m). His fourth winner on the card came in the closing Grade 2 bumper as Facile Vega lived up to his name, scoring eased down by 12 lengths. 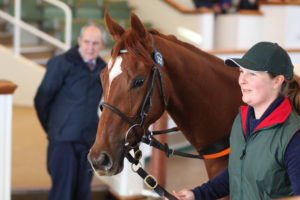 Up Next
Tattersalls celebrate second best ever February Sale